Home / Fanboying! / Grease Is The Word for How Great Mr. John Travolta Is To Fans! Autographs! Photos! Crazy People! 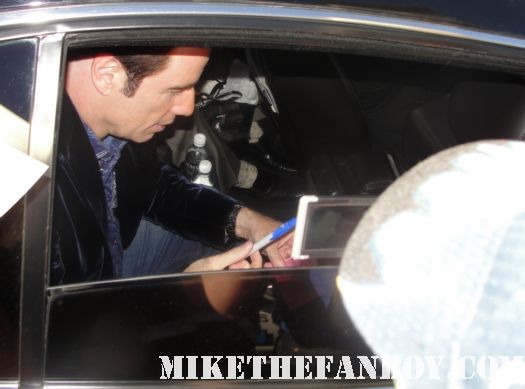 Grease is the word, its got feeling! Classic! Lol… I’m n a strange mood truth be told. I know you’re shocked! LOL… Anyway, I just got word that John Travolta is doing a rare talk show appearance, well how rare is it, I’m not sure, but I’m heading out there anyway. I only have a couple things, but I found this super cool original pre-release promo from Grease in an old bookstore a year ago and have been dying to get it signed. So, crossing my fingers there won’t be too many collectors… sigh…

3:32 p.m. – CB just told me he is already on the scene and there are only four of them there. If we can get John Travolta to sign on the way in… It should be great!

3:43 p.m. – Hmmm everyone is wondering if John Travolta is already in. It’s an early taping, and this venue is hard. You have to see them in the car before they pull in. Ugh…

4:22 p.m. – This is such a cool promo though, it has the cast shot and it’s die cut. I found it in the bottom of a random box someone donated to this bookstore. I got it for two bucks! HA! Now that was a good day!

4:38 p.m. – I just saw John, who arrived a couple minutes ago. Oh, a couple more… Out of the woodwork, which means chaos if John Travolta stops! Thank God I only have a couple things!

4:49 p.m. – Okay, we are getting ready, there are like 20 dealers and collector’s here now along with the studio audience exiting… sigh… fun times. 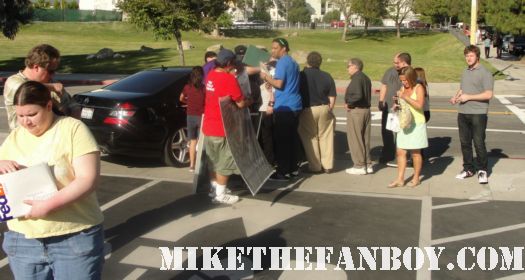 5:11 p.m. – A lot of the dealers go over to get Leslie Mann, just as John Travolta leaves. It’s insane! John Travolta rolls down and it’s chaos. CB flails like a screaming schoolgirl and gets his first in the window. 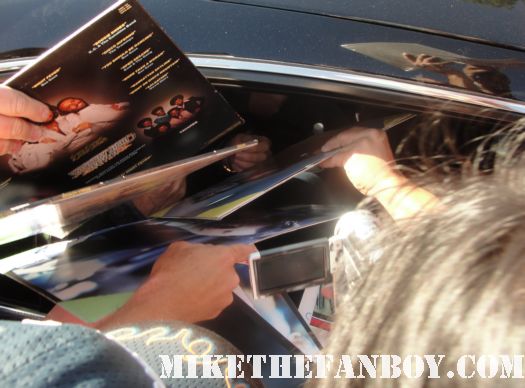 5:12 p.m. – It’s pure insanity! John Travolta is signing up a storm. I can’t even see him in the car. Some girls go to the other side and try to get John to stop and sign there. He’s signing out of both windows. I asked him to get my Grease promo, and he signed it… I think… LOL… Wow, that’s a shortened signature! 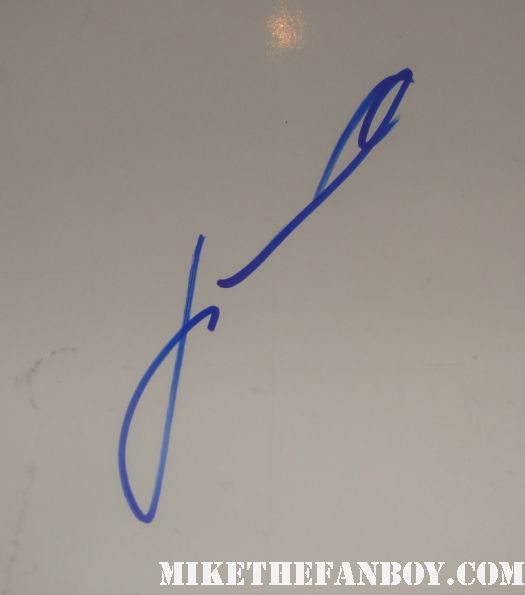 5:13 p.m. – its pure crazy times! I mean people are going nuts, shoving things into John Travolta’s car, in his window, oh my Lord! Calm the hell down people. My second item just got pushed out; I fell to the ground… I might be getting run over in a second… Shit… 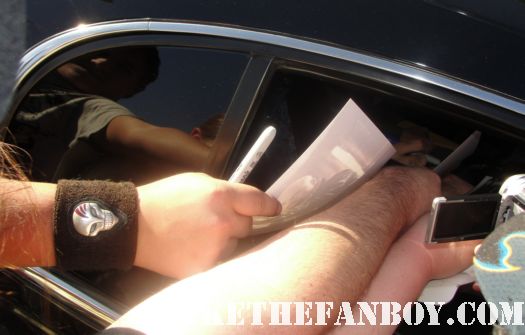 5:14 p.m. – John Travolta finally says, no more! And starts to head out… Not before CB runs at him like a charging lion to get a photo. He actually got it! Lol… Wow, I hate doing this venue. I mean hate it. Sigh… Ah well… Still, I did get it done, and got out relatively unscathed. Lol… 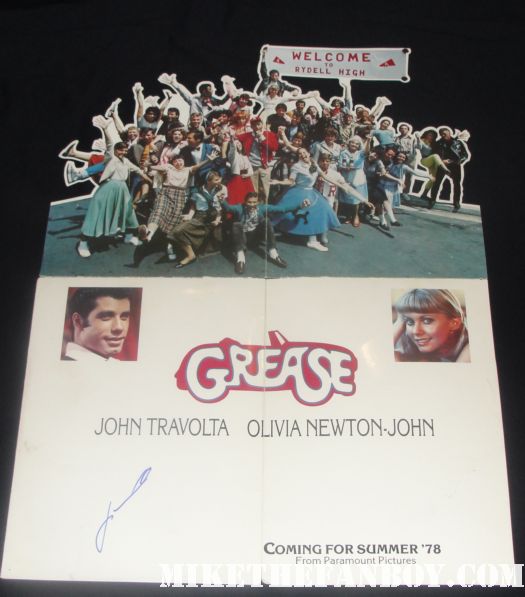