So, when I saw that none other than Frenchy herself Ms. Did Conn was doing a play in the Los Angeles area, I had to go! It’s Frenchy for God Sakes! I love her!

The fabulous Ms. Pinky accompanied me on this adventure and we headed out to the cold mean streets of Los Angeles.

Now, we arrived at the theater and sadly even though we were going to head into the play and buy tickets I was running late from work and couldn’t make it in time. Sigh..

I would highly suggest checking out the play though. The reviews have been really good and it’s a world premiere! It’s called A Heap of Livin’ and is playing until the end of the month.

Pinky and I got to catch up, talk about a wide variety of life occurrences and I managed to embarrass myself fully.

Now a lot of you probably know the term, “Pulling A Pinky.” I’ve coined the phrase actually… Well… Today, I’m coining the phrase Kaczmareking Out. Because I was mortified, literally mortified. It’s only fair that I allow Pinky to tell you the story in another post. I’ve teased her a lot so turn around is fair play! LOL… Sigh… You can go easy on me though Pink… 🙂

After that incident we continued to wait. I told Pinky to take a seductive photo with the tree and this is what happened. LOL… 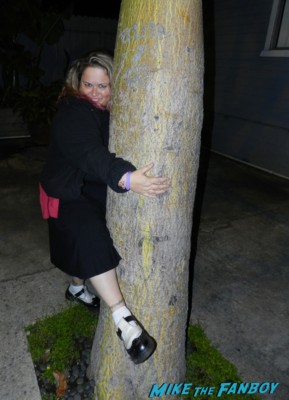 Literally, there is no one around. In fact, it’s pretty barren. It’s a beautiful night though so that always helps.

We’re chilling and waiting… Some people are coming out and it’s hitting around 10:45 p.m. The play is out but there are still a few cars inside. 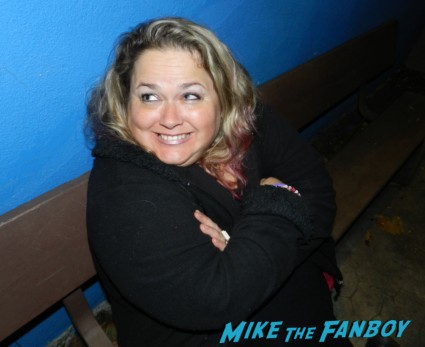 Suddenly, we see someone come out and I’m sure it’s Didi Conn! However, since my debacle earlier, I didn’t want to jump to any conclusions. LOL…

It was her! And she went back inside! Doh!

We waited another 10 minutes and out she comes. We carefully approach her since we didn’t want to scare her. And I have to tell you… Didi Conn is the nicest woman alive! I love her!

She was so shocked that we were there waiting for her and she was just like Frenchy in the movies! She was more than happy to sign and even switched pens for us. She was so excited to see my original Grease program and then I showed her Grease 2. 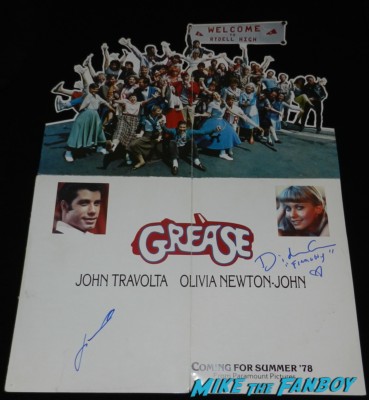 I said, how it’s a guilty pleasure of mine and Didi said, “I thought it was a good movie! I really enjoyed it!” I said how much I liked it as well and then Didi said how nice Michelle Pfeiffer was and how beautiful she was as well. Pinky then said, “you sound like Frenchy!” and Didi said, “Well Yeah…” lol… 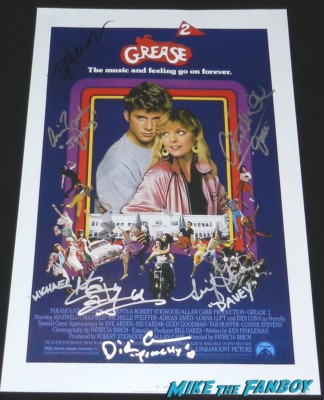 Then Didi Conn was happy to pose for photos, my first one was horrible. So Didi took another one and I got on my knees so it would be better. lol.. 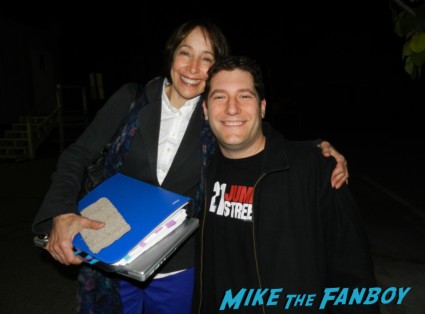 It was a long night, but I’m so happy with how it turned out! Didi Conn was wonderful and I was so happy to finally get a chance to meet her! 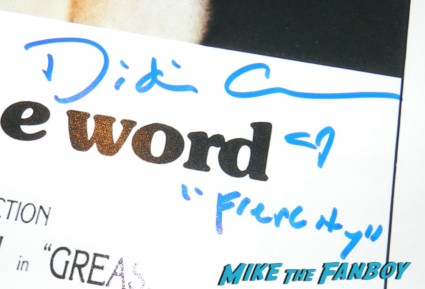 Yay! We even waved goodbye to her as we left!

Sometimes it’s night like these that are more fun than a big premiere! 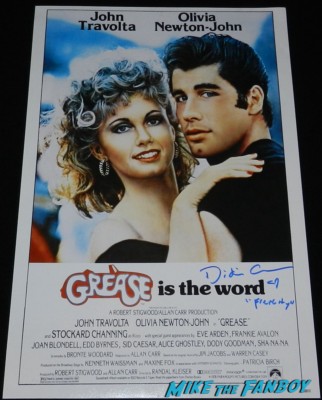