Anytime a classic tale gets redone, it’s always difficult to not compare it to what came before. Every literary classic has had a page to screen interpretation and some become classics while others seem to fade away into obscurity. For every Psycho, Mucho Ado About Nothing, Hamlet and Romeo and Juliet, there’s another film much like it in the cinema cannon. 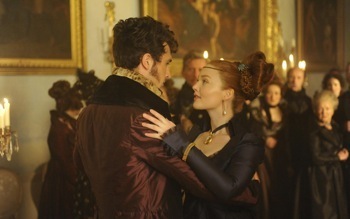 Director Mike Newell (Four Weddings and a Funeral, Donnie Brasco) is trying his had with a literary classic, Great Expectations. Giving cinema lovers a new version of the literary classic than the 1946 David Lean directed version is a challenge. That film, is regarded as one of cinema’s most respected translations and many fans would have a hard time with a new modernized version. 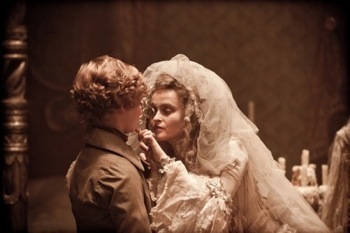 The tale, however, is the same: Pip (Toby Irvine) is visiting the grave of his mother, when he’s confronted by the scary sight of convict Abel Magwitch (Ralph Fiennes). Abel threatens Pip and frightens the boy into giving him food and drink. Pip also brings Abel a file from his blacksmith father, Joe Gargery (Jason Flemyng), who is a humble nice man who has married Pip’s older sister (Sally Hawkins). Abel is caught by the police but doesn’t turn the boy in, instead saying that he stole the file himself.

A year passes and Pip gets an invite to the home of Miss Havisham (Helena Bonham Carter), a local eccentric who presides over a dilapidated homestead. Miss Havisham is wealthy and quite literally tried to stop time on the day she was left at the alter when she was young. Miss Havisham’s adopted daughter, Estella (Helena Barlow) is a spitfire of a redhead and Pip immediately falls in love with her. She is not content with a “laboring boy” though, and Estella soon becomes the product of Miss Havisham’s traumatic day. She teaches Estella to be cruel and mean to all men, even young Pip. 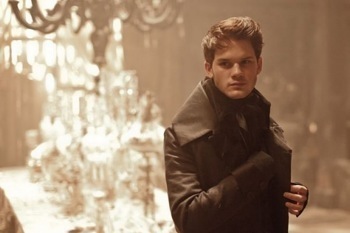 We now travel several years in time, Pip (Jeremy Irvine) has grown and is now an apprentice to Joe. An Attorney, Mr. Jaggers (Robbie Coltrane) arrives and tells Pip that he has been given an inheritance by an unnamed benefactor. Pip thinks it must be Miss Havisham and moves to London and starts to live the “good life.” It’s here when the story unfolds and once Pip realizes who his benefactor is, that’s when each card is slowly revealed. 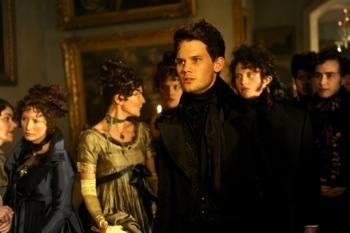 Taking on any literary classic is a daunting task, but director Newell succeeds in bringing a fresh take on this tale. The acting ensemble is quite good, as Pip both Irvine brothers do a remarkable job. It’s not an easy task to take on a role as layered as Pip, but both actors really reveal the emotions behind the character. As the older Estella, Holliday Grainger brings a vulnerable side to the character that many actresses easily overlook. 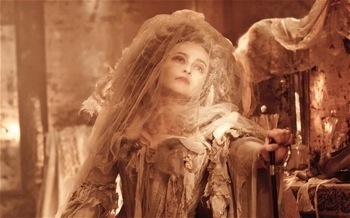 Normally, I love Helena Bonham Carter, she is one of my favorite actresses but much like her other Tim Burton regular player Johnny Depp, Carter needs to be given a bit of a leash. It seems like Mike Newell was just looking for someone to be a crazy fanatic and in doing so, I think she lost a bit of the character and went instead for caricature. 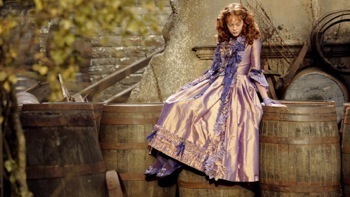 The cinematography is amazing and it really brings the locations to life. England and the iconic vestiges look more than impressive. The Scenery becomes much like a character in it’s own right.

Great Expectations arrives on blu-ray in an excellent transfer. There is a softness in the picture quality, however this is a filmmaker choice and not a transfer issue. If you look at the picture itself you can see the fine detail, with great definition. Especially with the cinematography done so expertly, the transfer really does the film justice. 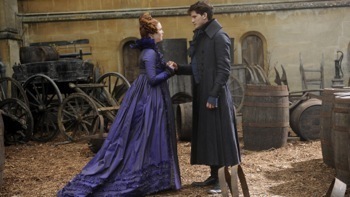 Overall, I really thought that this adaptation was well done, and the filmmakers translated the novel nicely. The picture looks great and the mood the film sets is quite incredible. It’s not a perfect adaptation, but let’s be honest, it’s really hard to faithfully adapt a novel like Great Expectations and satisfy everyone. I recommend that you give this one a shot, I think you’ll be pleasantly surprised!

Great Expectations is out now on blu-ray! 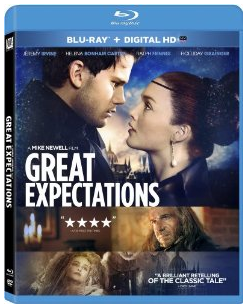