Home / NEWS / Oh Dear! Gremlins Is Getting The Reboot Treatment? And What About Joe Dante?

One of the best and more iconic 1980’s franchises looks like it’s getting a reboot. Gremlins is getting a new chapter. Chris Columbus talked about the new chapter and while he’s only producing the film, he is going to have a hand in it.

“I am involved. Initially I remember back in ’84-’85 when they approached me and said, do you wanna write the sequel and I said, this is before the obsession with franchises. So my feeling was no. We’ve told the story, that was that’s 1980’s thinking. And then suddenly all these years later, we were approached with an idea that really sounded like an interesting version. It’s not a remake of the movie at all. It’s a, it’s just a reinvention of it.” 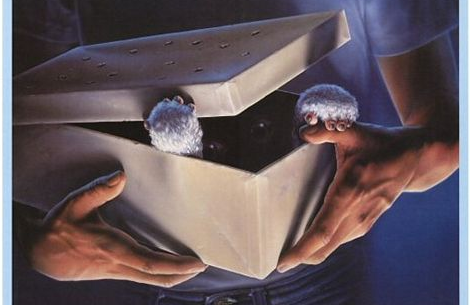 But what about the man who made it all happen? It looks like Joe Dante is not going to be involved in the franchise reimagining. He was at the Riviera Maya film festival and said…

“No, because I don’t own the project,” he said. “It’s owned by other people.”

Dante went on to say, “They remake pictures that people just didn’t want to see remade. Did anybody really want to see another RoboCop?”

To that end, does anyone want to see another Gremlins without Joe Dante?