Home / Reviews / Grey’s Anatomy Season 8 DVD Review! How Do The Residents Of Seattle Grace Stack Up? Find Out Now On DVD!

When television series enter their seventh and either years the signs of wear and tear begin to show. Some series can make it through while other shows… Well they flounder… cough, cough… Buffy The Vampire Slayer season 7. There are the rare exceptions however.

I’m happy to report that Grey’s Anatomy is one of those rare exceptions. With the stellar ensemble and writing it is leaps and bounds above most shows on television.

Season 8 starts out with the residents returning to Seattle Grace for their fifth year. Ah the first day and this is the year that will make or break them. First there are some things that need to be cleared up from last season i.e. Meredith messing with Derek’s clinical trial.

Christina and Owen are fighting while dealing with their unplanned pregnancy, and then a giant sinkhole… You’re not going to see that on any other show airing on ABC! Meredith and Derek continue to go back and forth on their relationship which isn’t all that easy. 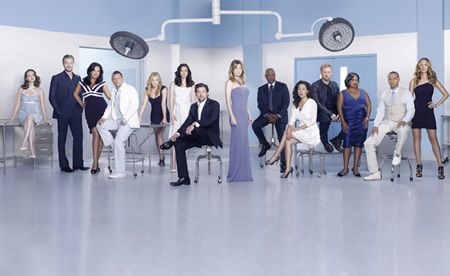 The season really picked up steam at least for me at the mid season mark. Heart Shaped Box is one of the best episodes not only of the season but the series as well. Christina dealing with her “bucket list” and Teddy and Henry fighting. There’s heart ache, heart break, and major drama. In short everything we’ve come to love about Grey’s Anatomy.

And then… The ending… The term cliffhanger is an understatement… It’s amazing. Most definitely the biggest cliffhanger the show has ever done. I’m not going to spoil it here, but trust me when I say… If you are a Grey’s fan… you’re going to be shocked!

The bonus features on the season 8 set are great. There is the extended episode of If/Then. I love extended episodes on DVD, this may be a side note, but while some of the info isn’t necessary, it’s usually great to have the extra material. 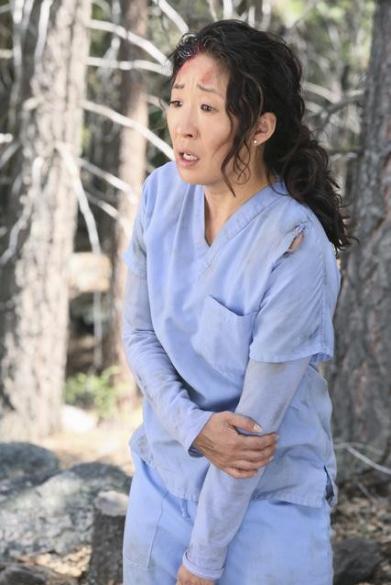 There are also audio commentaries with various members of the cast, and “In Stitches” which feature outtakes with the cast. Again, outtakes are always fun. There are deleted scenes and a journey to Scotland with Kevin McKidd. I didn’t realize his accent was so think until hearing him talk in this! LOL…

Overall, I thought season 8 brought the show back to what everyone loves about Grey’s Anatomy. Season 7, at least for me, was sluggish and lacked the drama of earlier seasons, however season 8 is a fine return to form!

Check out Grey’s Anatomy season 8 out now on DVD! 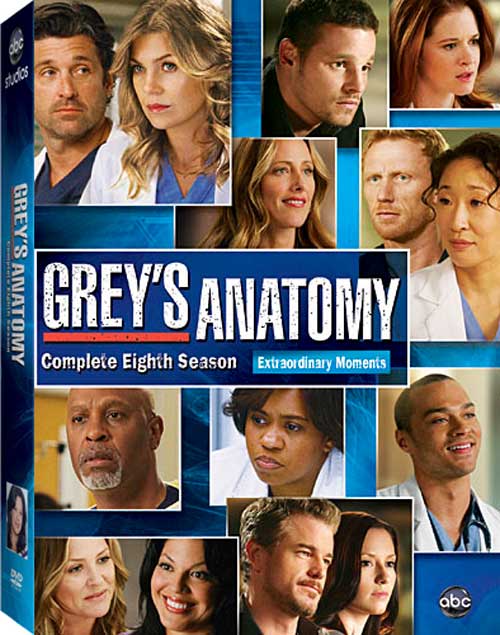