Home / Fanboying! • Hall Of Shame • Marvel • Movie Premieres / Guardians Of The Galaxy Premiere Debacle! Or How Security Screwed Over All The Fans! Doh!

I’ve been hearing this from fans for hours and I need to get this off my chest.

So… today was the Guardians of the Galaxy premiere and if you were there, one, I’m really sorry you got screwed, and two, just wow.

I’m going to skip the normal recap because honestly, what’s the point? It was hot, I had lunch, hung out with OTG John, The Other Mike, DVD Dave, MTF Reader joe, Billy Beer who risked like, and limb to get us spaces, etc… 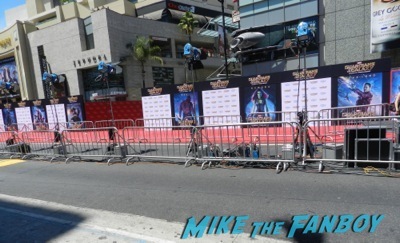 I have been so excited for Guardians of the Galaxy, like seriously excited. You might have caught that from how much I’ve been talking about it. And to have the premiere end up like this is just sad.

So, it started out when they moved venues to the Dolby unexpectedly. A scramble for spots, blah blah blah… Fortunately, a few friends had extra spaces and we were able to move up. Cool. 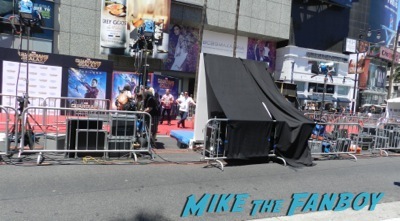 And then it was Scotty who pointed to a new barricade set up on the other side of the street. Say wha?

They were letting random people getting off the subway, the homeless and people who just happened to be wandering through Hollywood stand there. 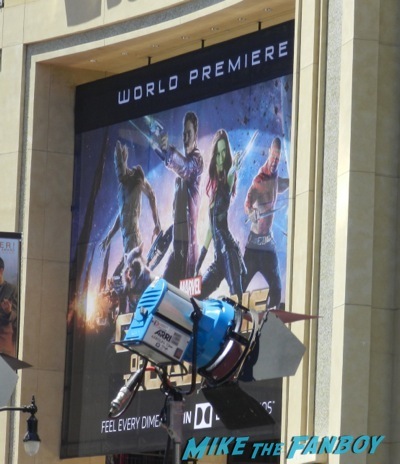 Still, the thing is, Marvel and the press were interviewing people all up and down our side of the barricade asking how long we have been waiting, when did we get there, etc… They gave out toys, cd’s etc.. So, clearly they all knew we’ve been here camping out. 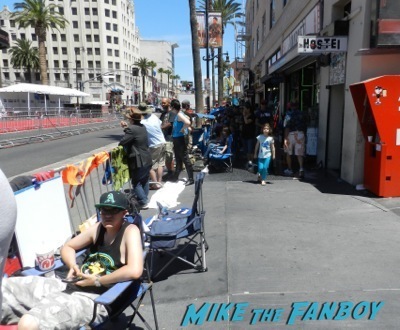 After the first drop, yep the big star that is Michael Rooker. Security makes him leave after signing maybe 10 autographs. 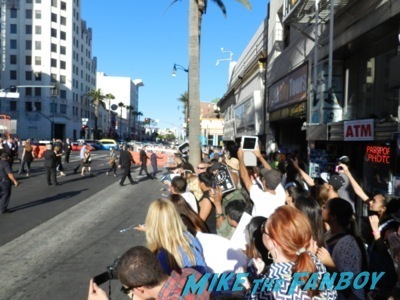 Bradley Cooper came early, as he always does to sign and take photos with the fans. That’s his thing… He was told after signing for like 15 people he had to go to the other barricade of subway bus riders and homeless people.

Everyone started booing and yelling. 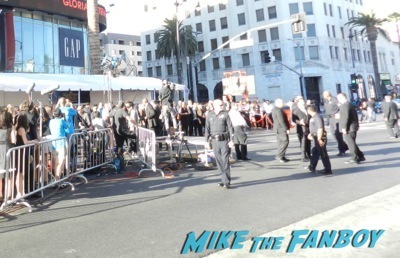 Dave Bautista… Same thing, they wouldn’t even allow him to come over to our side of the street. 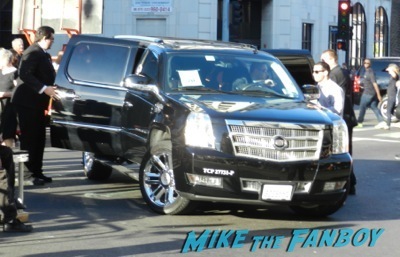 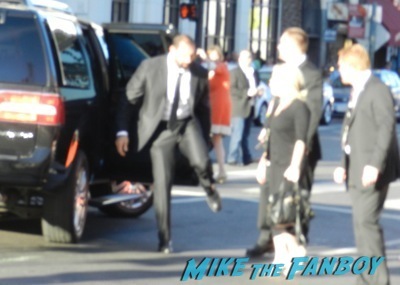 Here’s the thing, There were a lot of fans, sure, but I don’t think it’s like a huge uptick from the last premiere. And let’s face it, not every star is Angelina Jolie who tells security no, I’m taking care of my fans. Most listen to what they are told.

What sucks is that Marvel and studios use the fans for their promotional videos and shit and then screw them. Why? because a few security guards are incompetent and can’t do their jobs. If someone can’t do their job, they should be fired, it shouldn’t be the fans who are punished because the so called, “security” couldn’t protect Debbie Gibson at the Hollywood Show.

Instead what they did was pretty much fuck everyone who spent their time and hard earned money to show their love and support of Disney and Marvel. Nice job. Way to represent.

And this is after MARVEL interviewed the fans who were waiting the longest. Rude.

What did I get from this premiere? Lee Pace. I admit, I love him, but when you go to a Guardians of the Galaxy premiere, it would be nice to meet an actual Guardian of the Galaxy don’t you think?

It just makes me sad, that the fun of the hobby keeps getting shit on. And really it’s so disheartening and sad. I admit, this is depressing me more than a little. I think it’s also a kick in the ass because I’ve been talking this movie up to everyone I know, doing posts, etc… And then this happens.

Until (maybe) next time kids… 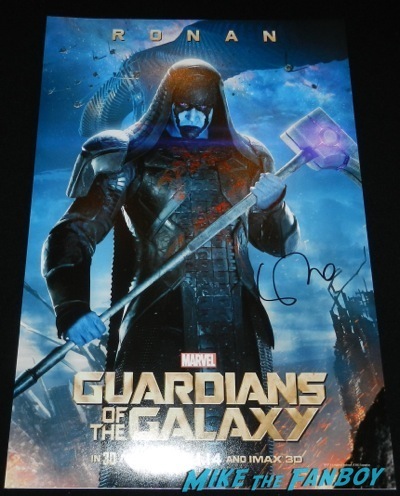