Family is probably the most important thing in life. Whether that family is blood related or friends who have been bonded together over the years, the subject of family is deep and rooted in everything that humanity is. Now, the old adage, “You can’t choose your family” is interesting, because there are times when you can’t pick your family even when they are not related. I’m not sure that’s a bad thing necessarily, sometimes it’s the people you fight with, the people who have an edge, the people who rub you the wrong way that defines who you are as a person and ultimately yourself. 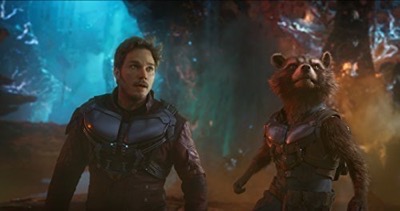 Family is at the core heart of a certain hit blockbuster, namely Guardians of the Galaxy Vol 2 which is out now on 4K blu-ray. The film is a crowd pleasing follow up to the original film which took the box office by storm (who knew a talking tree would get so much love at the multiplex?). This iteration expands on the original’s killer soundtrack and allows the actors to stretch their muscles a little, even if the script isn’t as good as the first. 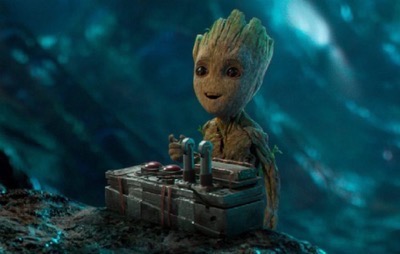 All the Guardians are back, Star-Lord (Chris Pratt), Drax (Dave Bautista), Gamora (Zoe Saldana), Rocket (Voiced by Bradley Cooper) and Groot (Voiced by Vin Diesel). Our Guardians have been hired by Ayesha (Elizabeth Debicki) who is the leader of the Sovereign People to protect their batteries, which are really powerful and very valuable. What do the Guardians get out of this? Nebula (Karen Gillan), who is Gamora’s estranged sister and was captured while trying to steal some of the batteries. 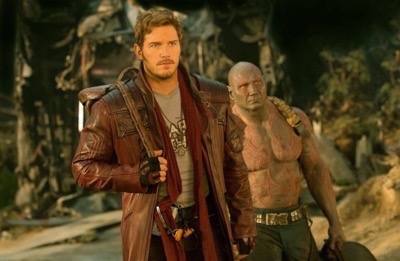 The Guardians then meet Ego (Kurt Russell) who is basically a living planet who can take corporeal form. He promises Star-Lord answers to who is father is, where he’s from if the Guardians come with him. They go with Ego and that’s when Star-Lord comes face to face with his past and who he is in the present. 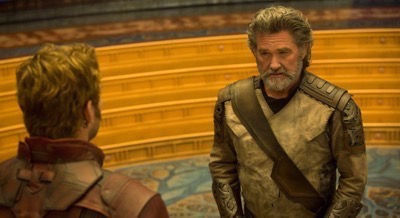 Guardians of the Galaxy Vol. 2, continues the same madcap tone as the first, under the watchful eye of returning director James Gunn. It has the same spirit and heart as the first, but just like a great many sequels, this one just can’t live up to the first one, although it comes really damn close. If it was trimmed by a few more minutes, I think that would have improved the overall viewing experience but as it stands, this is a really impressive follow up that somehow manages to make a living planet an actual cohesive character. 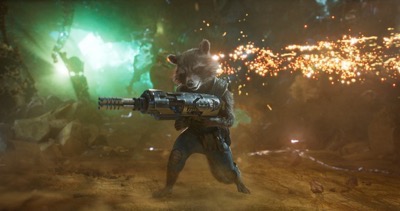 Guardians of the Galaxy Vol. 2 heads to 4K thanks to an amazing transfer by Disney. The film looks absolutely incredible in 4K and to be honest, this is exactly the kind of film that the new UHD format is made for. The space sequences are so perfect and so clear even on pause you can see every detail that Disney put into this. The colors and the color depth in particular are so rich, it’s hard to put into words what this viewing experience was like. The details are of course excellent and in this version you can see every pore and thread of fabric in the costumes. It’s really incredible. One of the best transfers I’ve seen using the 4K UHD format yet! 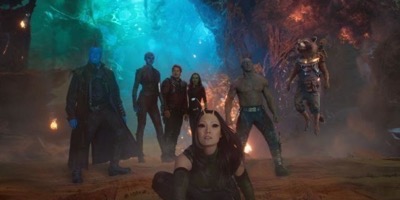 The special features included in this set are on the Blu-ray disc. The 4K UHD disc doesn’t contain any added features.

Bonus Round: The Making of Guardians of the Galaxy Vol. 2 – This is a four part feature that runs about 30 minutes in length.

The four parts are titled, In the Director’s Chair with James Gunn which looks at ideas for the second film, the success of the first and preparation for this movie.

Reunion Tour: The Music of Guardians of the Galaxy Vol 2 – This looks at the soundtrack and how it’s shaped the films.

Living Planets and Talking Trees: The Visual Effects of Vol. 2 – This looks at the two man digital characters in the movie.

Showtime: The Cast of Vol. 2 – This is a quick look at the cast of the film.

There is also an intro by James Gunn, A short Gag Reel, About five minutes of deleted scenes, a music video called Guardians Inferno by The Sneepers and David Hasselhoff.

Finally, there is an Audio Commentary with Director James Gunn, which is pretty good. He offers quite a bit of information about the films. 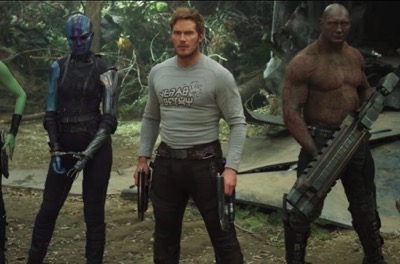 Overall, Guardians of the Galaxy Vol. 2 is a fitting follow up to the crowd pleasing first film. It’s a perfect addition to the Marvel cannon. It’s a blast and on this 4K presentation the picture quality is simply stunning. I highly recommend picking this one up.

Guardians of the Galaxy Vol. 2 is out now on 4K and Blu-ray!