I’m such a TV junkie and I’m barely keeping up with all the amazing shows on TV. We’ve already talked about a few new series; but, most of all I’m completely stoked about “The Muppets”. Seriously, who doesn’t love “The Muppets”? I want to be a Muppet. The network is expecting the show to really blow up. The high expectations are through the roof. Now why do you think that is the case? What makes them so confident? Sure, the movies did great, but does it necessarily mean the TV show will be spectacular? Who else is better to ask than Guy Gilchrist, the brilliant mind behind “The Muppets” himself? I was super excited to talk to Guy Gilchrist about the new show and of course about the undying love for “The Muppets”. 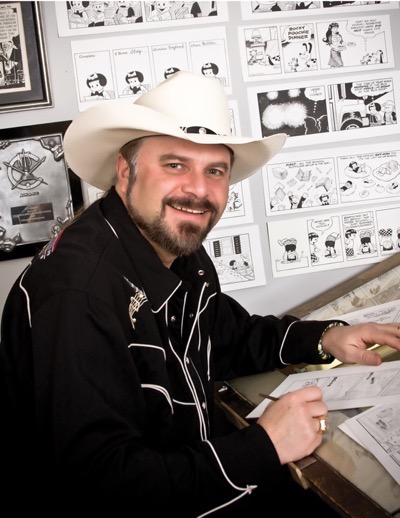 How did you get involved?

Guy was only 23 when he was approached for the job. He didn’t even get paid at first, but that didn’t stop him from doing what he loved. When the call finally came, he almost blew it. Guy shared how he almost didn’t get the job because he thought it was his brother in law prank calling him. Yikes! Aren’t we all glad he didn’t hang up? He went on to say that it was the, “Greatest thing ever happened to me”. 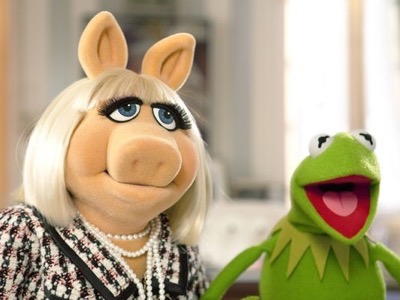 What is it about “The Muppets” that captures people’s attention of all ages? 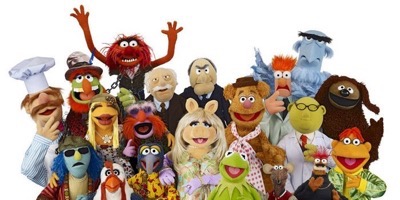 Guy Gilchrist absolutely adored Jim Henson. They wrote for each other. Jim actually taught him how to write, since Guy was mainly a cartoonist at the time. He loved Jim’s goal, “Love the silly”. He carries and follows, “Anything that depicts the form of Jim’s philosophy”.

Do you create Muppets based on real life characters?

Guy’s laugh totally answered my question. “The Muppets are absolutely based on people around me. When you see people, they write themselves. People have to be very careful around me. I should wear a T-shirt “Warning, anything you say or do might end up in a comic”. Anything could end up in a comic”. He will grab any material. So if you ever talk to Guy, consider this your warning. 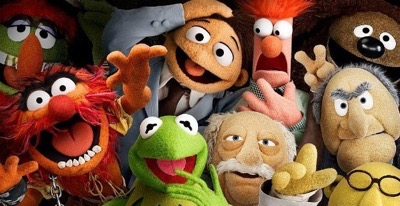 Speaking of Muppets, do you have a favorite? 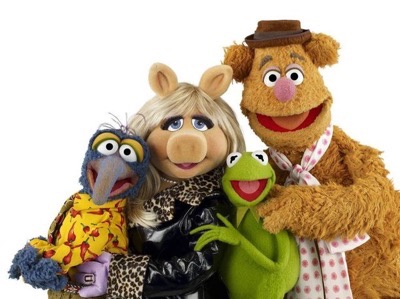 So what do you think about the new TV show?

“The show will be really neat, because it’s the parody of the comic strip provided the media of the time. Always parodied what was going on in the real world. We have the Kardashians; how long do you think it’ll take them to do a parody about them? There’s so much material out there”. Considering the current pop culture and social media, I doubt they’ll run out of material anytime soon. 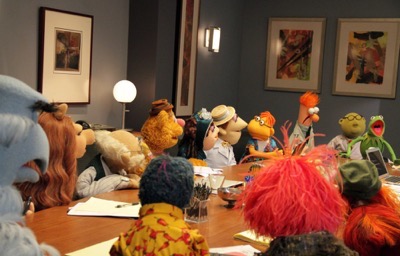 I have to ask, what are your thoughts about the recent split between Miss Piggy and Kermit?

Guy wasn’t surprised at all. “It was inevitable cause she is a diva. Kermit has a thing for the cute pigs. Now he is going out with Denise, the publicist. If Ms. Piggy was in the Bachelorette, you know Kermit will be one of those guys. He will pull out his banjo and try to woo her”. They are so not done. I’m sure we’ll get to see all the post break up drama on the show. I’m excited!

The Muppets are thrown into real life situations with real life problems. How do you think the audience will react to it?

“It’ll be hysterical. So much goofy stuff to work with. Everyone loves the Muppets and always wants to work with them, now they actually get that chance. Imagine the Swedish Chef doing a cooking show. That’ll be so hilarious. We don’t really have a lot of variety shows out there now”. Guy explained how this is their way of getting into the new age of television. In a technology driven age, this is their way of entering the pop culture and our lives. Even though kids love the Muppets, it’s directed towards a more mature audience now. 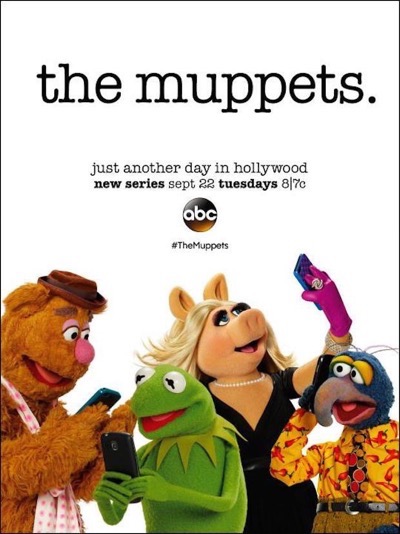 Is Kermit the only mature Muppet? The leader, the voice of reason?

“Kermit is the conscious of the group. The ring leader. Like Johnny Carson, Ray Romano; they were at their funniest when they let crazy happen around them. They were always surrounded by crazies. Kermit was that role, the one who keeps it together. You always need a “Every Person”. Well he is the every Fog in the group”. Kermit takes a lot of crap from everyone, but ultimately he is the glue that holds everyone together.

After all these years, how come people are still in love with “The Muppets”?

“Jim is very careful of what goes on in the world when it comes to licensing stuff. We aren’t sick of them because they are not at every corner. The merchandise is very carefully selected. When sales people come to the door, Jim always asks “Why?”, the most terrifying question. If you don’t have a good answer, you were out the door”. I know some people out there who should really consider taking this advice. You know who you are!

Do you have any advice for future artists?

“Don’t quit. People say papers aren’t what they use to be, but as long as there’s content, it’s relevant. Every paper has a link, there’s twitter and all these links. Be honest to yourself. Don’t write what you don’t know. Be yourself. Don’t write to please others or try to be what you aren’t. Write what you think is funny and the audience will follow you. Keep at it and don’t give up. At conventions, you can always show your work. If you suck you suck, but we are here to help you. We’ll be honest. We’ll tell you if you have potential, and if you don’t you can learn to improve. Listen and actually take the advice”.

Guy Gilchrist is not surprised at all about how far the Muppets have come over the years. Jim is happy about the transitions from the comic strip to TV and movies. Jim started it all, he had the vision. People who might have not known about the original Muppets, still knows them from all the movies, so it’s timeless. Guy is truly grateful and thrilled about the chance he got and completely confident that “The Muppets” won’t be going anywhere anytime soon. They are here to stay. 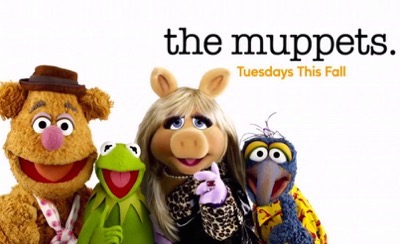 I can’t thank him enough for taking his time out of busy schedule to talk and answer all my question. It was an absolute delight. “The Muppets” premiered Sept. 22 at 8pm on ABC. You know everyone will be talking about it, so don’t get left out, check it out now!

If you love “The Muppets” and would love a chance to meet Guy Gilchrist, check out his website. http://nancyandsluggo.com/guy-gilchrist or follow him on Twitter @GuyGilchrist. You can contact him and see his tour dates. Maybe even get your favorite Muppet drawn by the master artist himself.