Greetings, kiddies. Big Mike here fresh off a con forty years in the making. 2018 marks the 40th anniversary of what the majority of all horror fans note as the top horror movie of all time. Yes, Halloween opened in theaters back in 1978 and did for horror what Jaws did for the summer blockbuster. Countless copies, sequels and unnecessary, but more than welcome, shower scenes helped keep studios in business while scoffing at the very movies that were funding them exponentially.

Halloween does happen to be my favorite horror movie of all time and I’ve been waiting anxiously for this convention after having a blast at the 35th Anniversary con just five short years ago. This one was going to be big.

Would there be special appearances by the horror master, John Carpenter, and original scream queen Jamie Lee Curtis? Wouldn’t that freakin’ rule? Yes, it would totally rule, and no, they did not make any surprise appearances. Nothing shocking aboot that. What was surprising was the number of folks from all the Halloween movies that made it to the con. To hardcore fans like me, it was total bliss. I was able to add a few names to my poster that I never thought I’d get. David Kyle and Sandy Johnson were located and brought to the con. I’m sure they did very well at their tables as there are a shit-ton of fans that need them on their items. David is the dude at the beginning the movie who takes Michael Myers’ sister, played by Sandy, upstairs to get the good loving on. All while Michael makes his way into the house to grab a knife to claim his first victim in the series. Luckily for David he must’ve had a clear case of the premature ejacs cause he was already on his way out of the house by the time Michael made his way into the living room from the kitchen. I’m guessing he was “finished” by the time he reached the top of the staircase and just turned around to head home. (I feel ya, bro! Waaait.) 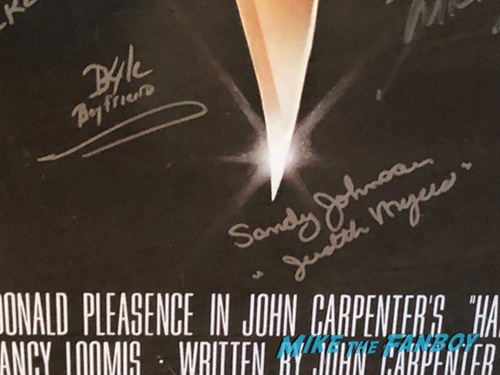 Anyhoo, I had Sandy sign my poster right at the knife tip since she was the first victim in the series and I love having it. John Michael Graham made his way across the country to attend and I was grateful to finally have the guy who plays P.J. Soles’ boyfriend, “Bob” on my poster finally. Bob is the reason I wouldn’t say “I’ll be right back” for much of my life after he utters that line and then has his chest makes friends with a knife Michael was looking to get rid of. 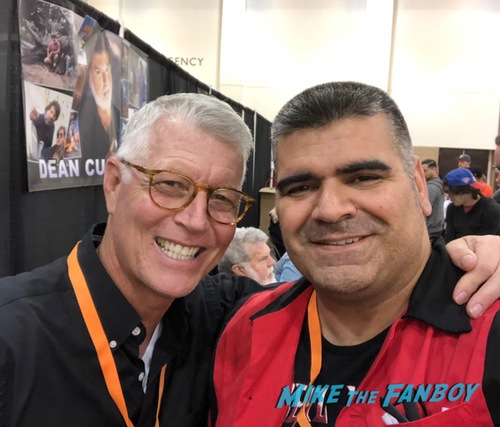 I was also able to get one of Tommy’s bullies on my poster played by the producer Irwin Yablans’ son, Mickey, and the first Michael Myers played by Will Sandin as six year old Michael. I even added Michael’s nurse, Nancy Stephens. I missed my chance to get cinematographer Dean Cundey on it and I’m kicking myself, but I was pressed for time. Hopefully, I’ll still have a chance some day. 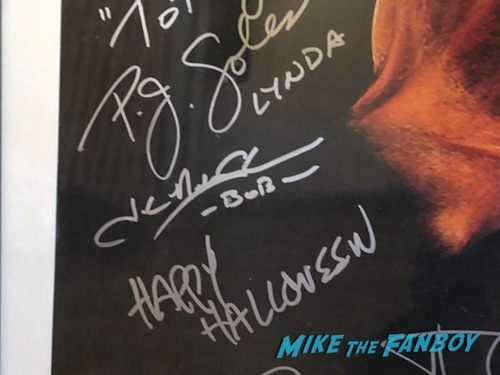 I also missed out on my chance to get a couple of Michael’s on a couple of my masks. Luckily, I was able to get the two big Michaels of the moment on my two newest masks. Nick Castle, the original and best Michael, and newest Michael, James Jude Courtney were in attendance and signed my new masks and I love them. You can see Nick and James play Michael in the brand new Halloween which is now in theaters. It’s the second requel/reboot in the series and it’s a good one. 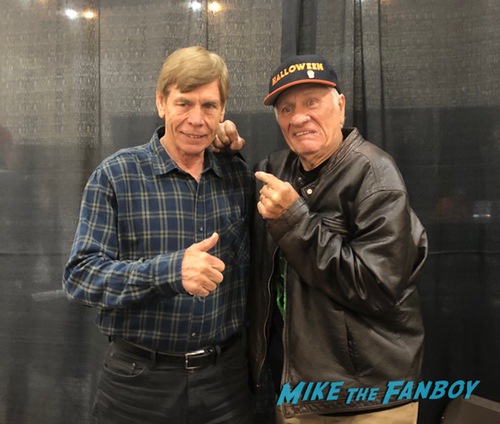 Not a lot of franchises can kill of a lead heroine, bring her back to existence and wipe away two of the sequels, have a complete reboot that was pretty hated followed by a sequel that was hated more, and then have a direct sequel/reboot/requel back to the original that says “Fuck everything that happened after the very first one and give us your money again. We’re also going to just call this ‘Halloween’ for the third time in the series.” Okay, done! It’s good. Go see it. Don’t worry, they’ll make a sequel. 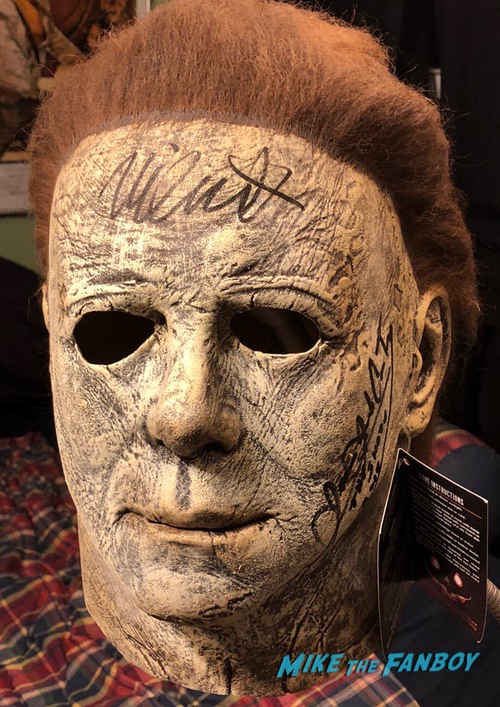 Aside from getting some long sought after graphs, there were a shit-ton of exclusive posters for sale. The hottest one to get was a beautiful Jason Edmiston print that sold out almost immediately both days. That made a lot of people sad, myself included, but Hero Complex Gallery, LA’s version of Mondo, had a nice variety available as well and even had some left over on their site, as did the kick-ass Gary Pullin.

If you weren’t into autographs there were plenty of photo ops available. You could get a pic with different casts of each flick or the ultimate pic with all the Michaels, which I opted to do. Sadly, I looked like a dresser with a fat head on top of it, so I doubt I’ll be showing that one off anytime soon. There was a panel for each movie over the course of the weekend and I would love to tell you how they went, but I was working at a table and couldn’t make a lot of them, but I digress. There was so much to buy at this show, from shirts at the Cavity Colors and Fright Rags booths to figures and masks at the Trick Or Treat Studios table. I loved every second of the con. To top it off, there was a “Drinks With Tom Atkins” ticket you could buy to pal around with none other than…Tom Atkins at the very bar he drank at in Halloween III: Season of the Witch, which all Halloween fans agree should’ve just been called Season of the Witch. It did not get the love it deserves when it came out. I’m guilty of that myself and it’s one of my favorite 80s horror movies now. It’s the Friday the 13th Part 5 of the Halloween series. (Or is it the other way around?) That was the perfect way to end the evening; just chilling at the bar with fellow fans and talking with Tom and listening to his stories from Lethal Weapon to Maniac Cop to the My Bloody Valentine remake. 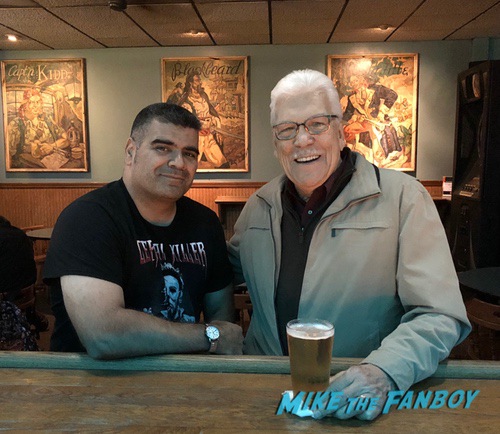 I wish there was more time to hang with him. A special thanks to Sean Clark for making that event happen along with being a huuuuge part of the H40 con itself. He’s quite the cool horror ambassador. I love that dude. The con started with tours of the filming locations of the Halloween movies filmed around town (something we in LA take for granted) and ended with a nice little buzz in Sierra Madre with Tom Atkins. How do you beat that? This has been one exciting Halloween season in Los Angeles. It will conclude with a John Carpenter concert on Halloween night at the Palladium and a couple extra nights of Halloween Horror Nights at Universal in case you’re going through withdrawals. You have five years to save up for the 45th anniversary, so start saving those pennies now and rummage through your crap and start listing on the ebay. See ya at the next con. Happy Halloween. 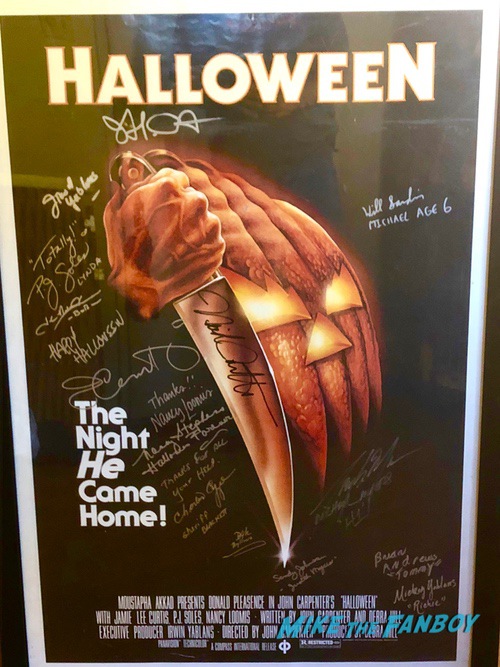 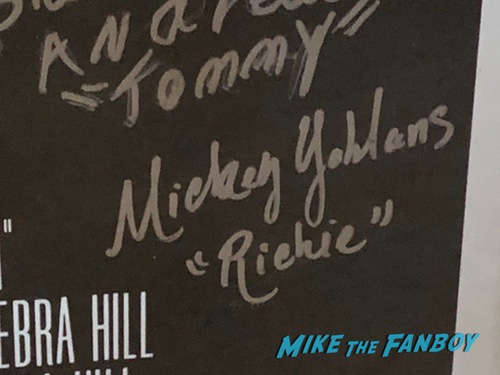 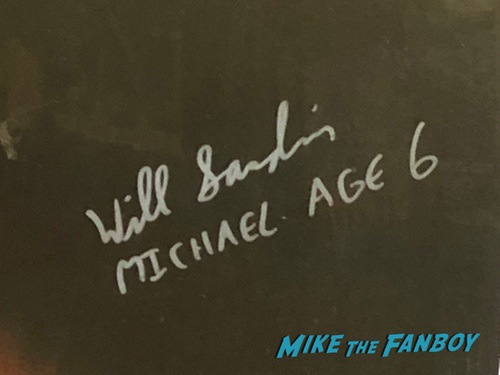 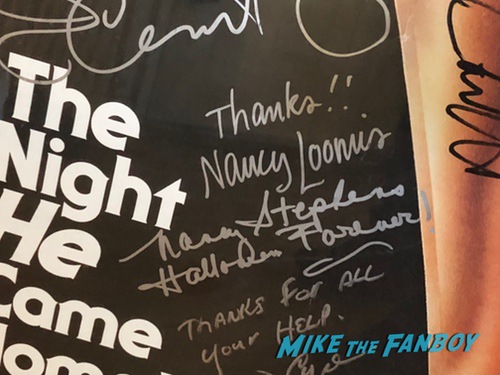 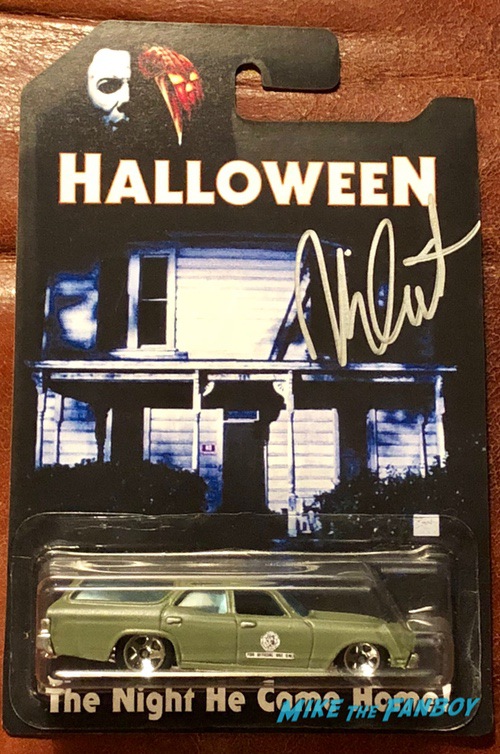