Home / Directors • Fanboying! • Q and A / Halloween Q And A Madness! John Carpenter Is Awesome! Jamie Lee Curtis On The Other Hand… Wow… Just Wow! Autographs! And More!

Who doesn’t love a good spooky October? I know I do. So, when I heard that famed director John Carpenter and star of Halloween Jamie Lee Curtis were going to be out for a rare q and a for the original cult classic Halloween, I knew I had to go.

Now, Jamie Lee Curtis has never been the most fan friendly, but I figure if she’s with John Carpenter, maybe.. Just maybe she will give people the time of day?

I headed down and there were a few people milling about, including DVD Dave. Ace and Chris were walking up and there was a decent sized group. Not horrible but about what I expected. Big Mike joined in the crowd as did Paul, and we have what the “non-fans” call a party.

I have a few things for John Carpenter, the main thing is my Big Trouble in Little China promo Chinese food take out box. Now, I got Kurt Russell to sign my other promo box, but that one was a lot smaller, this one is bigger and so I figure if might be a good time to get Carpenter on it.

For Jamie Lee Curtis… A Halloween mini poster, and… well… yes, a You Again mini poster. I liked the movie, and she’s the last one I need. Don’t JUDGE!

Okay, you should judge.

Suddenly a car appears. It’s John Carpenter. He said he would sign after and then preceded to smoke for about 15 minutes. God love the man. 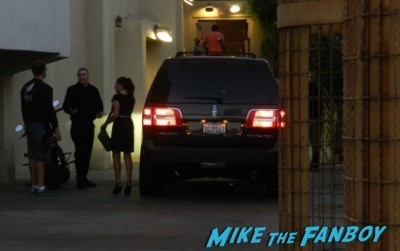 Damn… and when I say Damn, I mean damn. That is one mean lady. She should eat some more Activia, it’ll loosen her up a little.

So, we wait for the Q and A to start. Paul is regaling me with stories of this one Turkey Faced collector who we all hate. Big Mike is checking off names on his Halloween box set, DVD Dave is hoping for a miracle that Jamie Lee Curtis will sign his Virus DVD, and for some reason talk turns to The Little Vampire with Jonathan Lipnicki.

You can’t make that shit up.

But let’s give a God Bless to Jonathan Lipnicki.

As Ace violently thumbs through his stack of mini posters for John Carpenter, a bead of sweat forms on his forehead. Which one to get first. Oh, dear. 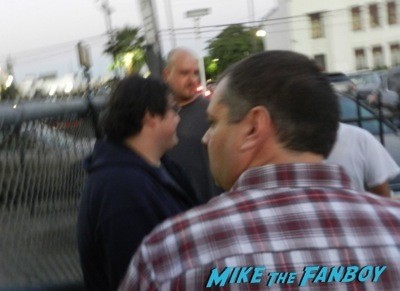 Then, It happens, she emerges. It’s Jamie Lee Curtis. 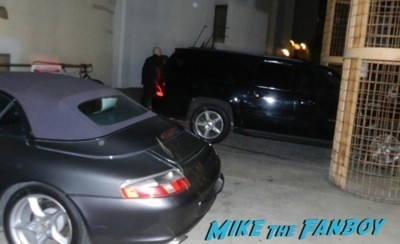 Someone yells Jamie, and she whips her head around the opposite way, almost like she’s practicing gymnastics in rehearsals for Perfect. Do we get a wave? Nope! Do we get an obligatory acknowledgement? Nope? Not even the fake phone call.

She sits in her car and waits as John Carpenter starts to sign for everyone. 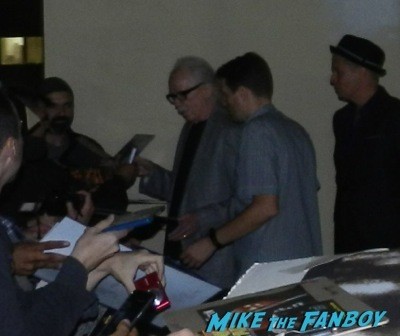 John Carpenter who is super cool, is signing one each. Some people get more, but he’s really trying to limit himself, and that’s fine with me. I totally get it. He’s even having one of the guys from the screening point out items for him. 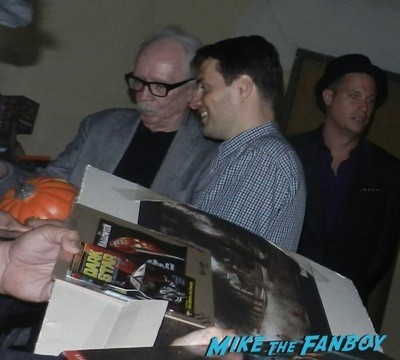 I decide on getting the Big Trouble Chinese food box signed. I hate bringing out fragile pieces of memorabilia again and again in case they get ruined.

John Carpenter sees the promo box and is like “Wow!” I got a wow from John Carpenter, It’s not exactly Jack Burton in the Pork Chop Express talking to whoever’s out there, but it’ll do for tonight that’s for sure. 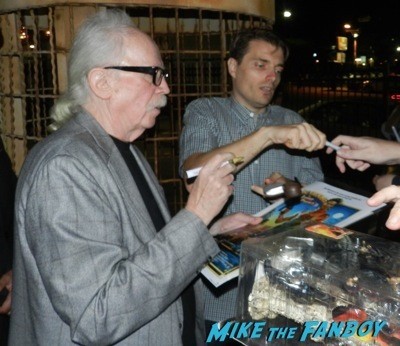 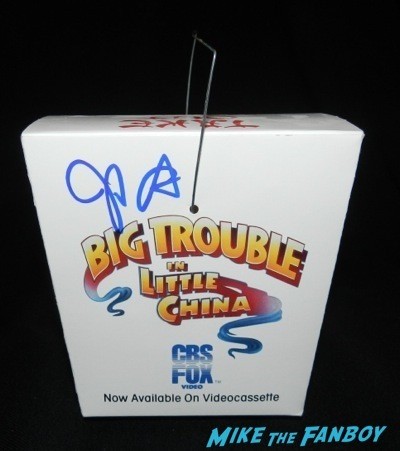 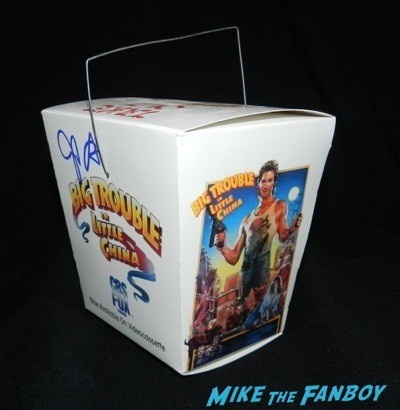