Pinky Lovejoy-Coogan here excited to share my pictures with the multi-talented Hannah Waddingham (who plays Rebecca on Ted Lasso). As I had missed her on a talk show appearance when she was in town, I was extra excited to meet her at an event for Emmy nominees. She was very kind, but her handler insisted we wear masks which was understandable (but doesn’t exactly look super cute in pictures). I figured it was better than nothing, plus she wasn’t masked so at least you could see her. I’ll admit I don’t love our first selfie together because she looks like she’s standing a a million miles away. 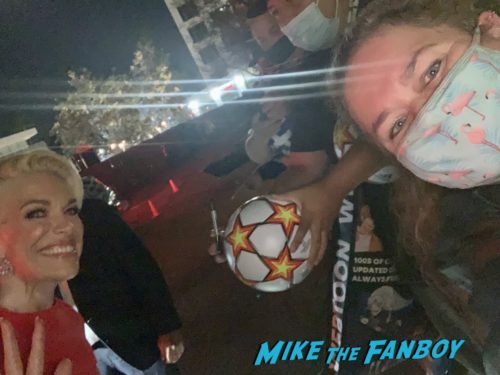 Thankfully, Janna was there to capture a different angle of the picture and it’s so cute! 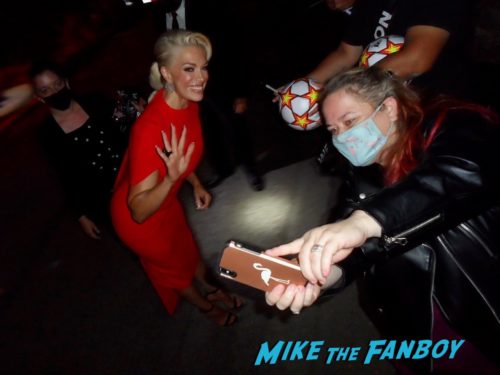 A few days later it was amazing to see Rebecca after she had won – she was SO excited! Plus, I love pictures with people holding their Emmys. Her joy was contagious! If I haven’t told you lately, check out Ted Lasso when you get a chance! You won’t regret it. 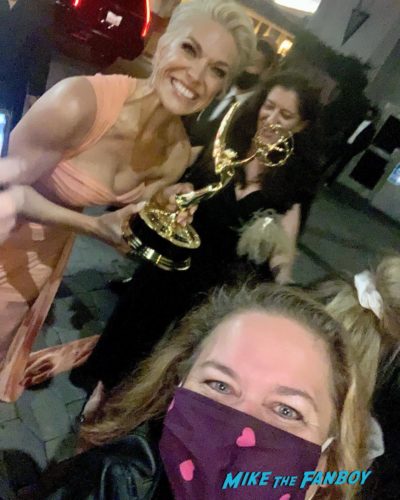