Scarlet really wants to get Robin Williams as she’s a huge fan. Sometimes it’s tough with premiere’s, you just never know exactly where to go or where to stand.

I have all the faith in the world that Scarlet will get her stuff signed! Check out her full report below!

Here I am back in London’s Leicester Square – it’s 20th November 2011 and damn it’s getting cold on the London streets! It’s a Sunday and the construction work is still ongoing, but at least I’m getting familiar with the location and know where to stand now… or so I thought! 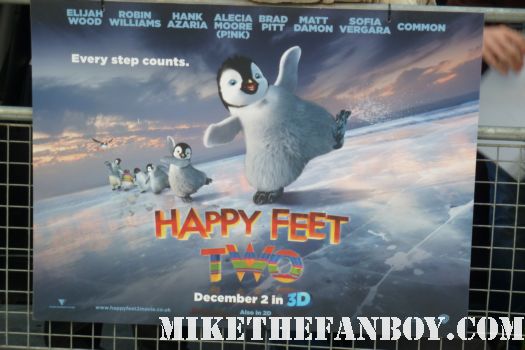 I join the queue that’s already formed before my arrival around midday – where I’m queueing, I’ve stood before, like for the Real Steel premiere, and the spot has always worked for me. So I settle myself in, start chatting to people around me, and start the wait… Around 3pm, they start putting out the barriers – nothing unusual there, until I see where they’ve closed them off at!!! “My” spot is now about three metres off the end of the fan pens, and I’m not sure we can all get in! 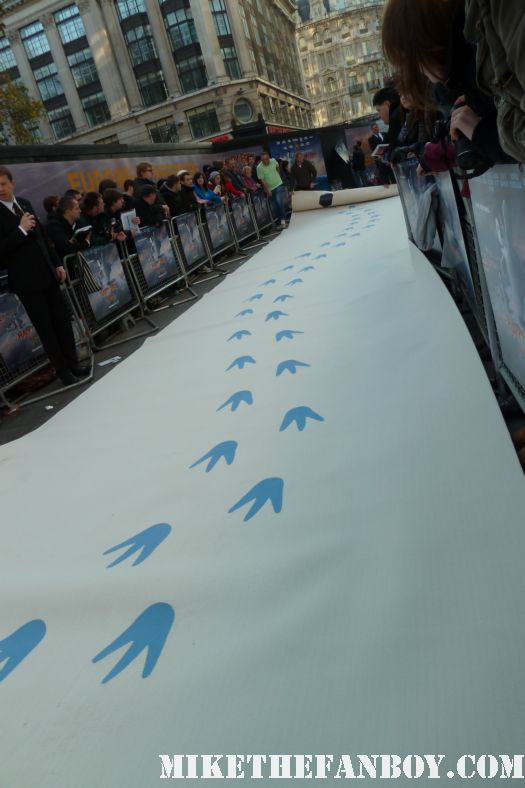 I’m totally right – we can’t all get in there. This is not good! We appeal to security, who agree to let us in on the other side of the ‘street’, where the press usually stand – the press are still coming, but we can occupy a short stretch between the cinema entrance and the press pens. Worry mode – we have blast-off!! You see, I’m out today for legend of comedy Robin Williams, and Elijah Wood – Pink also attended in the States, and I’ve got an album cover for her just in case, but I don’t think she’ll make it across the pond for this one. It’s Robin I’d really like an auto from – fingers crossed!

I’m standing next to some media/photography students, who are all very friendly, and are after just photographs – I really hope the guests don’t think this is just a photographers area, what with the press on the other side of us too. We watch the team set up the area; I’m loving the carpet for this one – it’s so cute with the little penguin feet all up it! It’s a nice clear day (I’m sorry, but being a Brit I have to talk about the weather!) but it is pretty cold; I’m shivering, and doing a dance to try and warm up (they’re playing the film soundtrack over the loudspeakers for us) – I can see someone else doing the same, but everyone else is looking very serious!

Ticket holders start arriving and filing past us – there a lots of children on their way in, and bless them! Some of them are following the penguin footprints down the carpet – that’s right; that’s exactly how it should be done! :0) 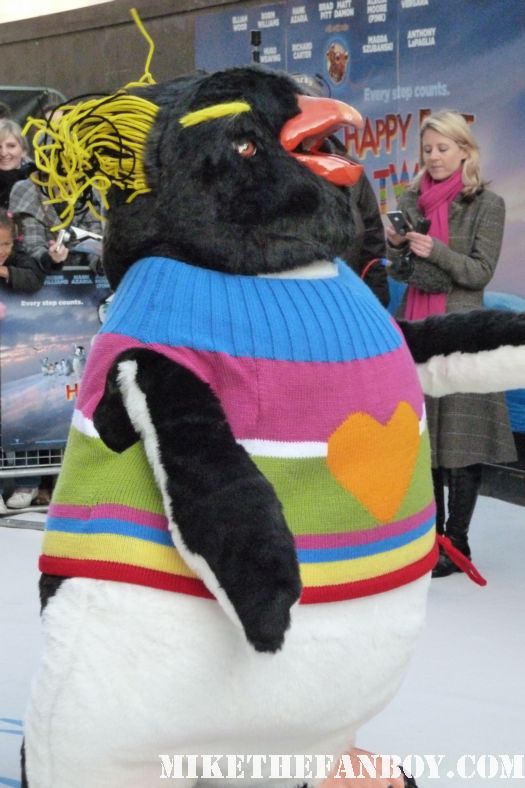 Oh – there’s Anthea Turner, UK television presenter – she kindly signs autographs and takes pictures with people on the other side of the carpet. 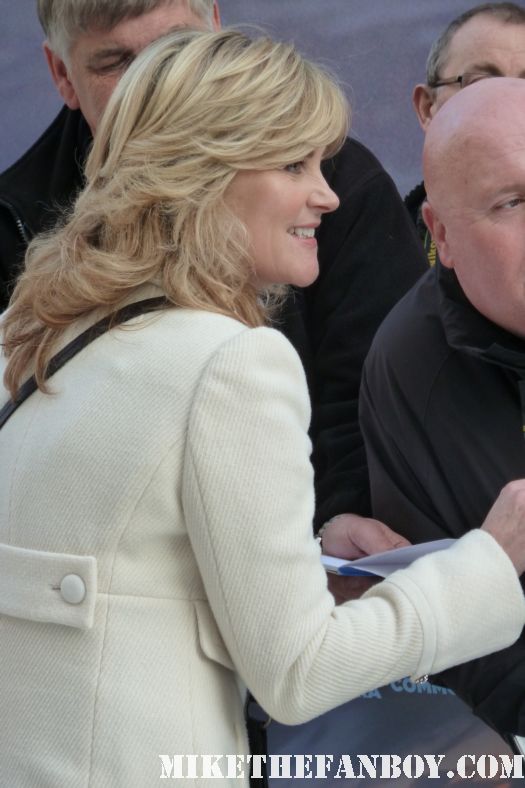 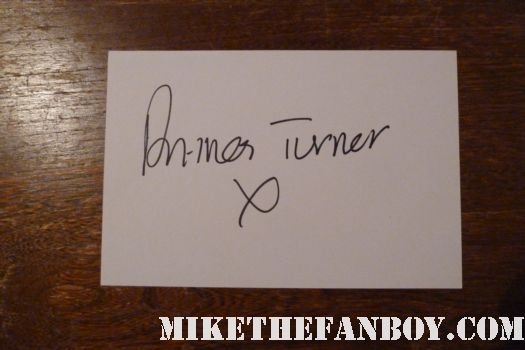 Then comes over to us as well! Lovely autograph from her. Then it seems to get a little busy – Bianca Gascoigne and her brother are on the carpet, as is a huge penguin! Awesomeness! 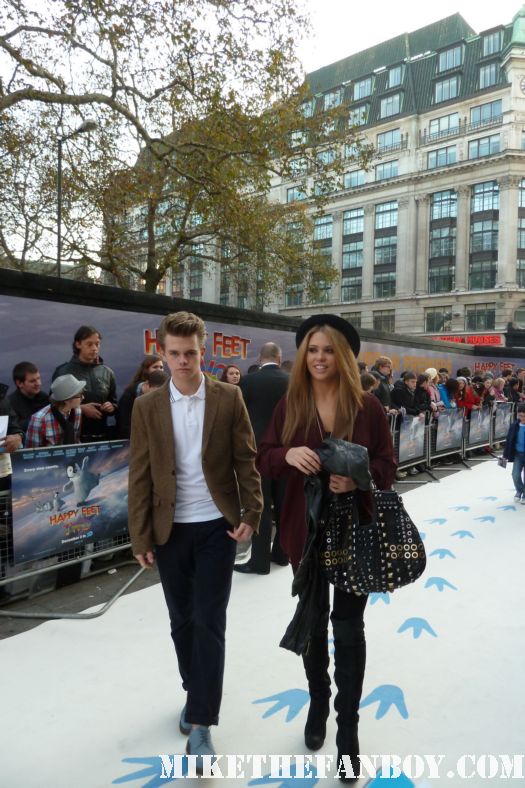 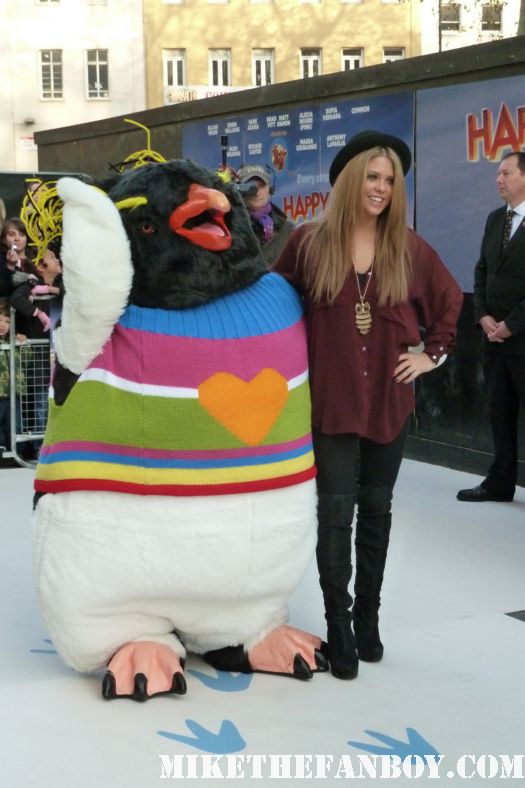 Danny Dyer is now on his way down the carpet with his family! He stops and signs a few on his way down – I call for him; so do the helpful media/photography students who also tell him how much I want his autograph! Yay – he signs for me too (and he calls me “baby”!) 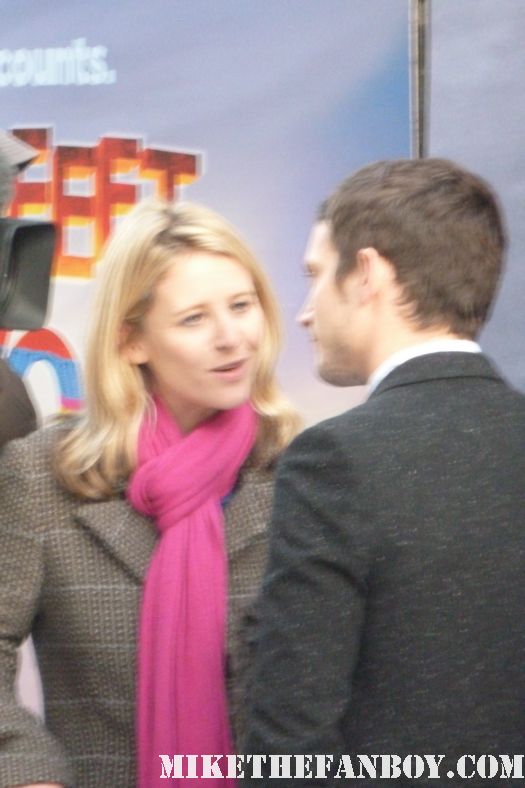 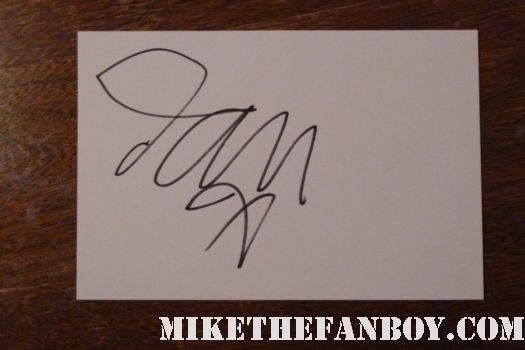 Not long after they go in, we spot Elijah Wood on the carpet! He is working his way down the opposite side to me, signing a lot, but not on our side, we call for him but he keeps working his way down that side until he reaches the corner – where he stops for an interview. We stop calling, but hope we might be able to catch him once the interview is finished. He does sign some more, but for those on the right-hand side of the cinema entrance, before he goes in. Not too much time to lament this, however, as Robin Williams is on the carpet!!! 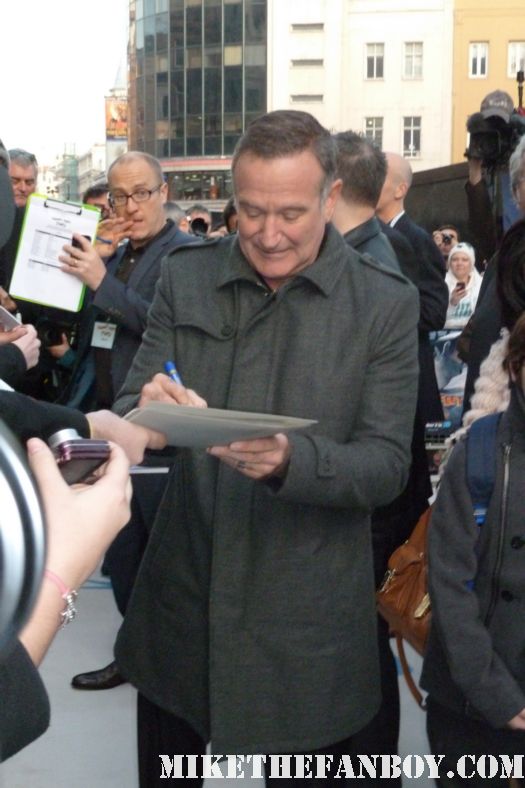 But – … oh no! He seems to be following the same route Elijah took, we’re watching him sign lots down the line, but on the opposite side from us – we’re calling, but there’s so much going on! He’s reached where Elijah stopped to do the interview, and is signing for those on the right of the door – nooo! Don’t miss meeeeee!!! All of a sudden the person in the very corner of our fan pen catches his eye and he comes over to our side of the barriers and starts signing a few for people in the corner, but I’m not quite close enough – I practically launch myself at the media/photography students, and although they try to let me through they’ve no space either – I ask them to pass my clipboard along, but wait – Robin is making his way further up the line! He sees my photo and kindly signs for me, and for the girls standing next to me too before he goes in. Wow! It was so nice of him to walk that bit back up the carpet to us – thank you, Mr Williams! :0) 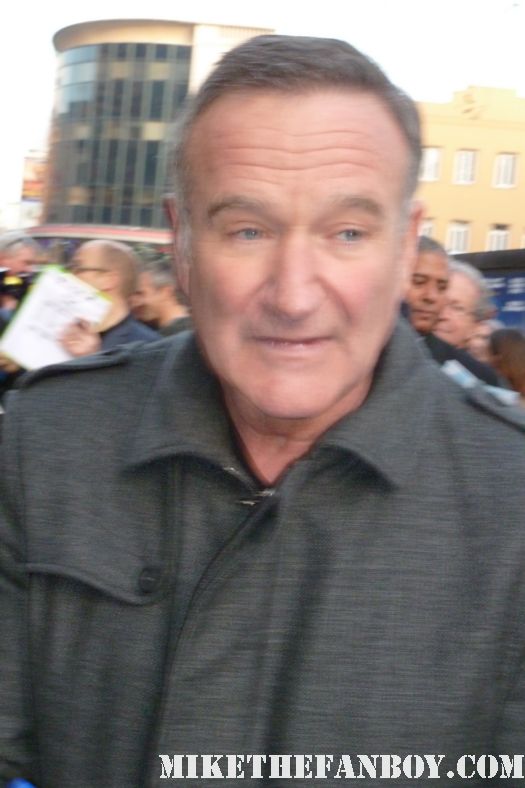 Right! I’m off to get myself out of the cold! I did ask if I could have a footprint from the carpet, but my request was declined… never mind, I’m not sure exactly what I would have done with a penguin footprint anyway! 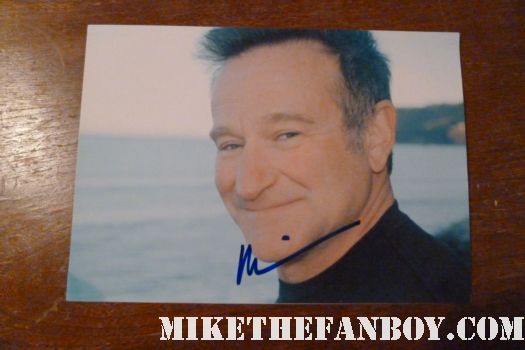