Today we saw the passing of comedy star Harold Ramis. Now, to fanboy’s everywhere Harold Ramis will forever be Egon Spengler from Ghostbusters. However, he was a comedy icon and worked continuously as a director, actor and writer.

Big Mike was lucky enough to meet Harold and did a great RIP article.

Hey, fellow MTF fans, “Big Mike” here with a heavy heart. I’m extremely heartbroken over the passing of a true icon of comedy and a most legendary Chicagoan. Harold Ramis was responsible for many many of the laughs that I and countless others had growing up in the late 70s through the 90s. 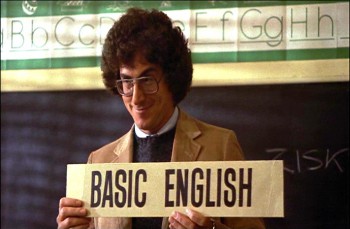 Surrounded by family, he died in his Chicagoland home from complications of a rare disease known as auto-immune inflammatory vasculitis. He was 69. 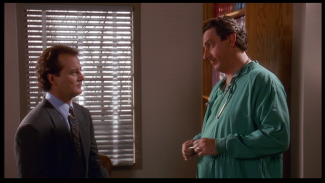 His work as a Writer/Director/Actor/Producer was jaw-dropping. He was a part of some of the biggest and funniest comedies of all time and he never let the bullshit of Hollywood get to his head. He even moved his family back to Chicago in the mid-90s and worked the rest of his career representing his hometown. One would not be surprised to bump into him at a Chicago Cubs or Bulls game where I was lucky enough to get a picture with this extremely down-to-Earth dude. Here was a guy that had worked with the top comedic talent of the last forty years from John Belushi, Bill Murray, Gilda Radnor, Dan Aykroyd, Rodney Dangerfield, Billy Crystal, John Candy, and many many more, and never let the stigma of Hollywood affect his everyday attitude as a regular person. 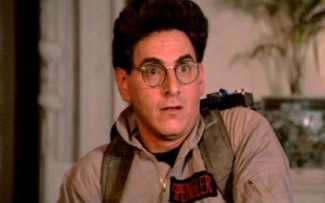 Unfortunately, that is a rarity and Harold Ramis will be missed a great deal. I’ve enjoyed most of his work and didn’t realize what a profound influence he was on me, and a lot of people in the Hollywood lore until he passed away. From “Animal House”, “Meatballs”, “Stripes”, “Ghostbusters”, “Analyze This”, and a buttload of others, one would be hard-pressed not to get some loud chuckles from his work. I envy the people that got to call him “friend” but I’m honored I could be one of his many fans. 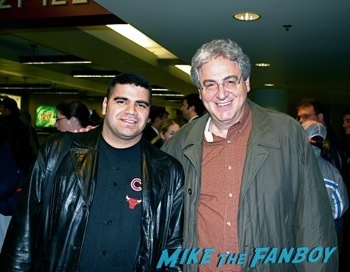 May he Rest In Peace.