The project is very tightly under wraps but HBO is developing a new series based on the classic. I’m pretty excited about this project, I think the 1970’s film could be perfect for a series. 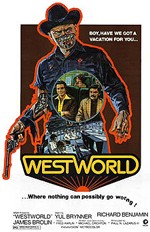 This is actually a perfect project for HBO, the series is about a theme park where visitors interact with robotic human like robots.

Ed Harris is taking over the killer robot sharpshooter played by Yul Brynner in the original. Jonathan Nolan (Interstellar) wrote and directed the pilot episode.

Jonathan Nolan said the following about the series:

“It’s a place where you can be whoever you want to be and there are no consequences—no rules, no limitations. What happens in Westworld, stays in Westworld. What we can tell you is that we intend to make the most ambitious, subversive, f–ked-up television series. The things that keep you up at night, any of those things that trouble you—that is exactly what the show is about.”

Check out the first look still below! 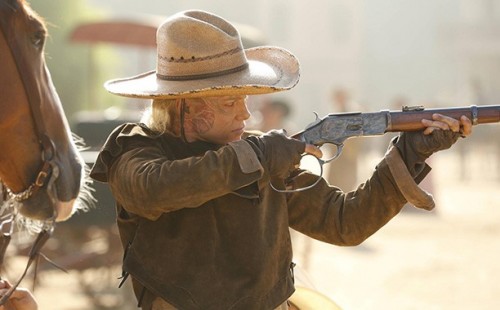