Home / Fanboying! • Sexy... damn sexy / Heading Out For Total Recall Star Colin Farrell Who Is Awesome! and There Are Only The Three Of Us! Say Wha! Autographs and More!

It really is Total Recall week here at Mike The Fanboy! I’m sad about it because two of my favorites are in the movie, the luscious Kate Beckinsale and Colin Farrell but we might be in for a bit of an overload. LOL…

Erica called me today and was like, “Do you want to head out for Colin Farrell?” I was like ummmm I’ve missed him all week and he’s been signing all over the place so YEAH! She called Scotty and we all planned on meeting up. Apparently Colin was doing an appearance to promote Total Recall ah the publicity rounds, love it!

When I arrived The only people there were Erica and Scotty. I was like… Uh… this is odd… we’re alone? No one else, where are the crowds? Where is the pushing, the shoving, the… How glorious!

Then of course I parked and thought, oh maybe no one is here because it’s going to be a horrible fail. Well, at least we all get to hang out. lol…

The sun is so so so bright. Apparently Jessica Biel was here and let already… Well, Erica and Scotty think that she left, no one really cared (except me) so they didn’t call for her. Doh!

The sun is hyper bright. I mean like I’m slowly becoming dehydrated bright!

We are all catching up, talking about Comic Con (which I realize now I forgot to write up Sunday! Doh!), and just chatting when all of a sudden I go.. holy crap, I think that’s Colin Farrell?

Scotty and Erica jump to attention and we call for him but I don’t think we’re loud enough. This is where Scotty would claim he was the the only one yelling for Colin Farrell but we all did yell. lol…

Colin is now in his car and driving out right past us. He sees us and we hold up our stuff. He nods that he is going to stop. Of course we had all this time to get our cameras out and what happens we are all so excited we Fanboy Fail on the photos. Damn!

Colin rolls down the window and says, “I have to be quick I’m in a hurry.” Erica goes first and gets her total recall poster signed, 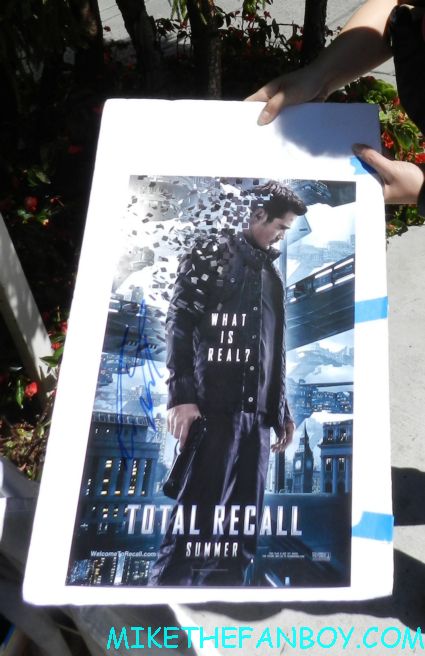 The Scotty gets his DVD, 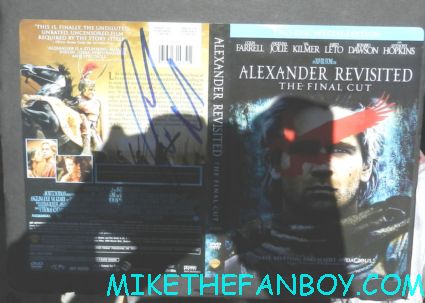 I get my Total Recall mini poster and then I asked him if he would mind signing the Fright Night mini poster. He signs it and I tell him how much I liked Fright Night. He says, “Thanks Man” I think he was expecting more stuff to sign and it to be a tad more chaotic but we all got our stuff in and were done. We thanked him and that was it. 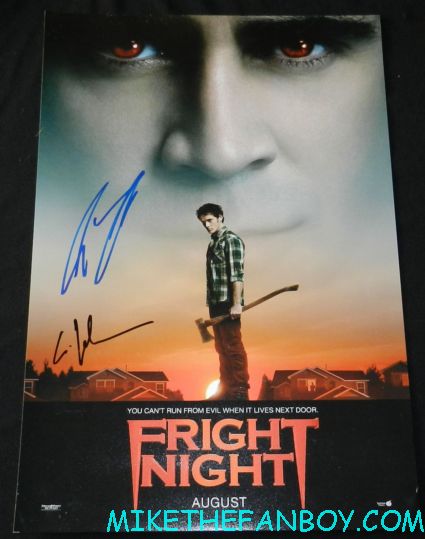 I wish there were more low key events like this!! Sigh… Colin is so so so so nice to his fans and I appreciate it so much! So nice! Especially since he has been signing up a storm lately. 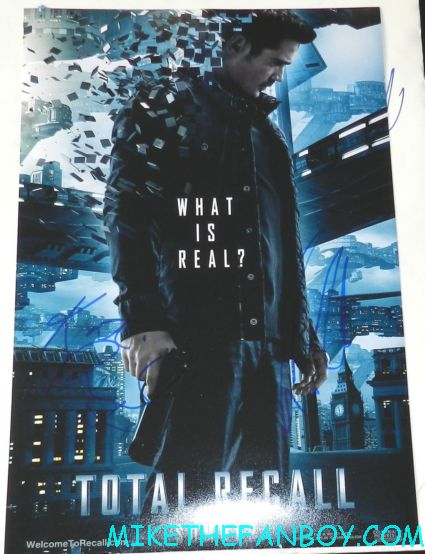