Home / Conventions • Fanboying! • Stars of the 1980's and 1990's / Heading Out To The Hollywood Show And Meeting The Cast Of Grease 2! Lesley Ann Warren! Piper Laurie! Robert Davi! And More! Autographs! Photos! Swag!

I just got back from from the Hollywood Collector’s Show which was held this time around at the Westin near LAX. Now, I hate driving and I hate LAX but it wasn’t that bad of a drive and thankfully the Westin offered a discount on parking! Whoo Hoo!

I missed MTF’s Jack who was on scene… which I was bummed about. Sorry brother.

This was a really cool collector’s show for me because there was a Grease 2 reunion and I love me some Grease 2. It’s amazing and if you haven’t seen it in a while watch it again with an open mind. It’s a goofy fun romp and I personally love it.

I got all the T-Birds on my mini poster Adrian Zmed, Maxwell Caulfield, Leif Green and Chris McDonald! 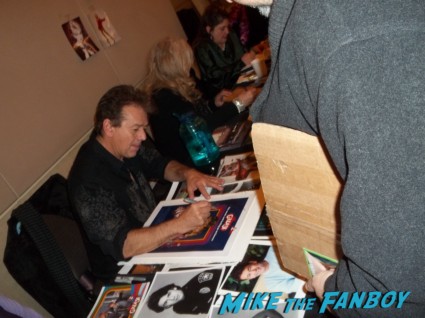 I chatted with Leif Green for a short bit who was super friendly and nice. He asked who else signed my poster and I was like Michelle Pfeiffer. Everyone was shocked that I got Michelle to sign a Grease 2 item. I explained I pretty much had to beg. LOL…

It was such a pleasure talking to Leif and he was so nice. It’s awesome to meet people who have a passion for the work they did. He even told me a great story about Michelle Pfeiffer and her audition for Scarface and how she felt that they didn’t think she was tough enough. Leif said that, Michelle mentioned that she didn’t feel she would get the part until she flipped a table over in the room and he told her to follow her instincts and she did. The rest is history. 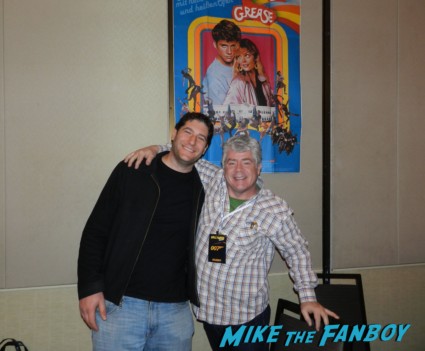 Then I followed the path of Grease 2 and talked to Maxwell Caulfield. I took a photo for MTF reader Russell and had Maxwell sign that as well. He was very cordial and nice. 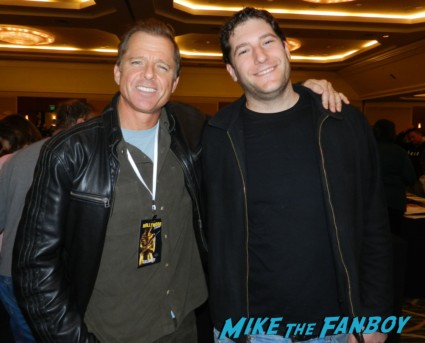 I took a little break from autograph madness and scouted down the Hunger Games prop and costume display. It was a treat to see them close up. On display was super fan friendly Elizabeth Banks Effie Trinket costume 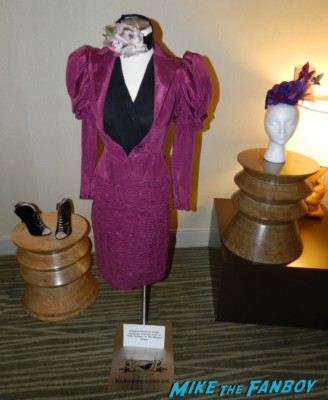 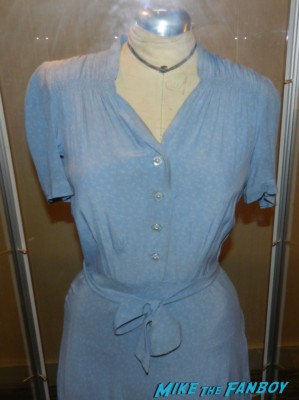 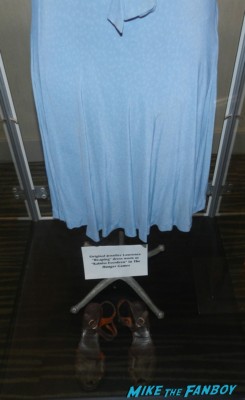 as well as her hunting outfit from the beginning of the film. 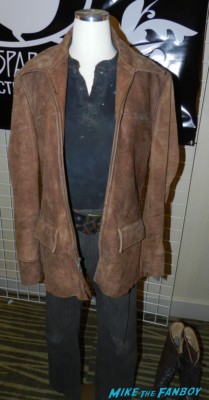 The final costume on display was Woody Harrelson’s suit. 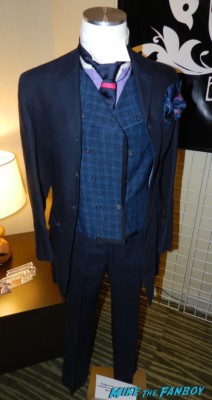 There were many notable attendee’s including, Catwoman, 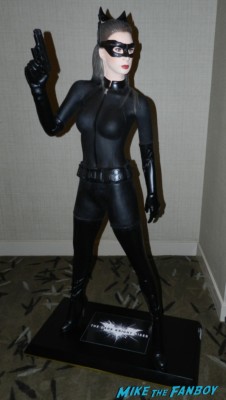 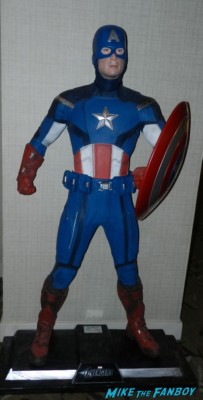 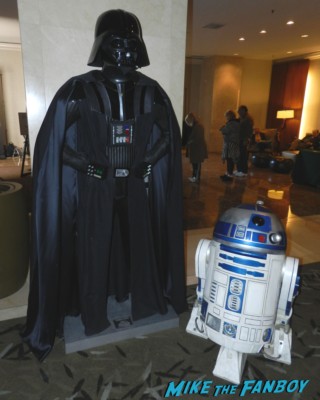 Another friend and MTF reader Scott really wanted The Goonies star Robert Davi. he’s been working on his poster for a quite a while and has a bunch of The Goonies on it already. 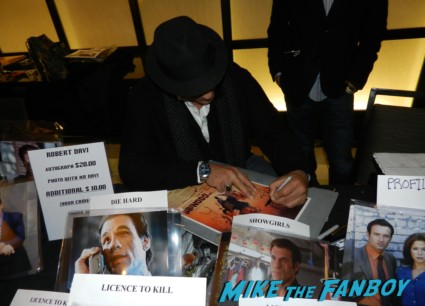 Robert Davi was really fan friendly. He shook my hand like three times and said he was going to induct Scott as an honorary Goonie. LOL… 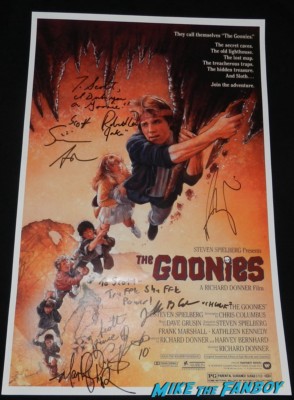 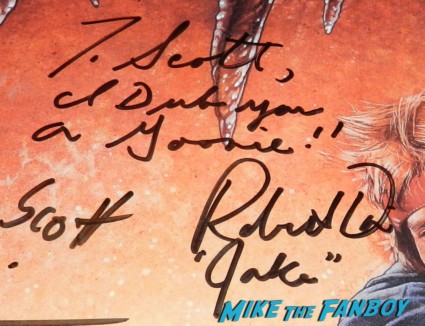 Then, I took the opportunity to talk really quickly with Clue: The Movie star Lesley Ann Warren. 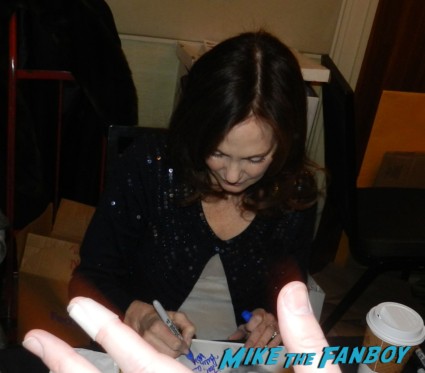 I love her. She is quite simply adorable. Such a dignified and classy woman. I adore her! 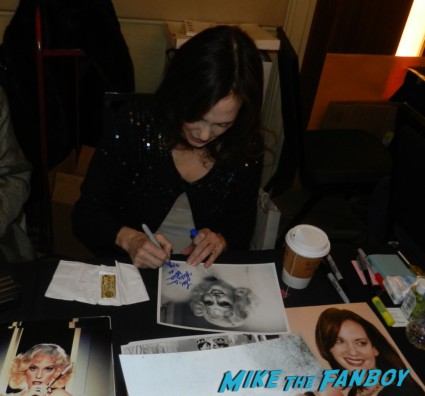 To cap off my day at the Hollywood Show I decided to meet Margaret White herself Ms. Piper Laurie. She was very kind and signed my Carrie mini movie poster. 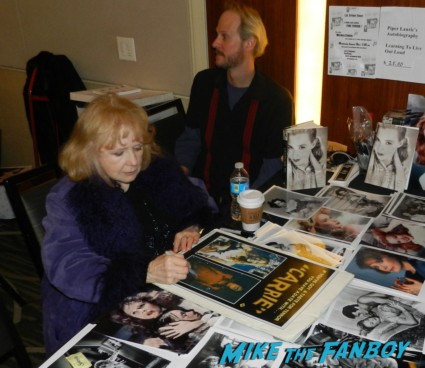 She was also nice enough to write her character name underneath and do a quick photo as well. 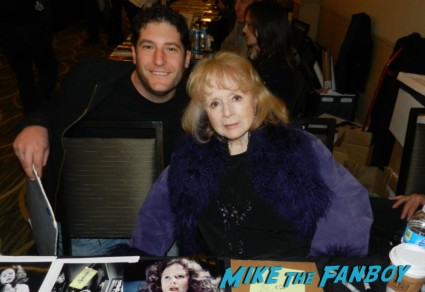 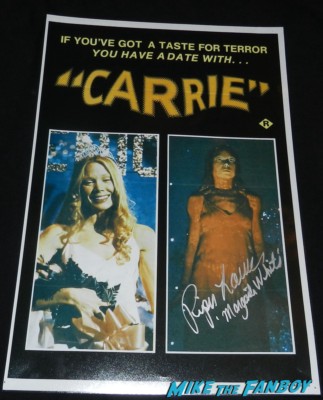 I also couldn’t resist looking around the convention for some movie promo swag. 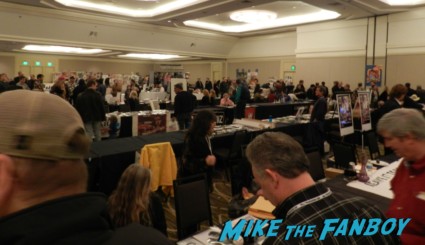 Sadly, there were no magazines to be found on this trip, but I did pick up some some movie promo shirts. How could I resist getting a 21 Jumpstreet shirt!?!? How could I? I couldn’t! 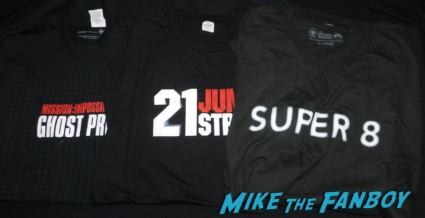 The Hollywood Show is also Sunday so if you are in the Los Angeles area make sure and stop by.

Also, check out their website to plan ahead and come on out for the next show! 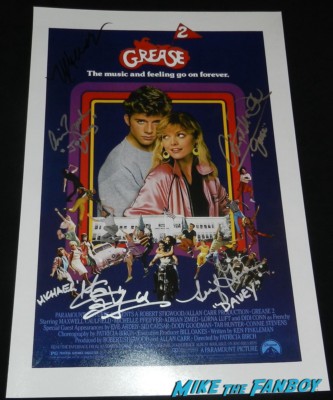