Home / Movie Reviews • Reviews / Hector and the Search for Happiness DVD Review! Did Simon Pegg Find The Secret To Being Happy!

There’s something about Simon Pegg. I don’t know what it is to be certain, but there a quality that just makes him so darn likable. He’s the kind of guy who people want to hang with and when he goes on a journey, whether it’s on a five year mission in outer space or killing zombies with LP’s, you go with it.

In Hector and the Search for Happiness, Simon Pegg plays Hector, a psychiatrist who lives in a planned and homogenized world. He has no experience with the world around him and in doing so he soon realizes that he can’t help his patients improve their mental well being. So, Hector has a self discovery of his own. He decides to go on a journey and wants to discover the keys to happiness. 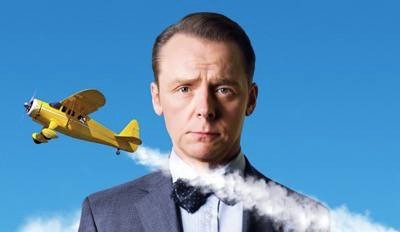 Hector has to leave his daily routine and his girlfriend Clara (Rosamund Pike). Clara while loving doesn’t quite understand Hector’s quest and how far he will go to achieve his goal of finding happiness. This journey takes Hector all around the world and on this journey Hector meets business men, psychology experts, old friends and even monks, each with their own journeys and stories of “happiness.” 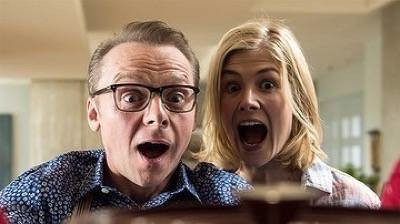 Hector and the Search for Happiness is based on a 2002 book by a French psychologist, Francois Lelord. The film almost feels like a novel with each chapter being written in a hand written script onscreen. These scripts are more Hallmark snippets rather than deep and intense thoughts. However, they are fairly interesting, if only to prove that what makes one person happy, only serves to make another shake their head. 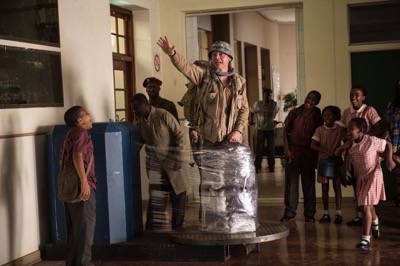 The funny thing is Hector has been through college, medical school, and yet he’s still fairly clueless and simple. The only thing that holds it together is Simon Pegg. He has a wonderful way of making you believe everything he’s going through no matter how ludicrous it is. It’s a rare skill and something that Pegg uses to the best of his advantage here. 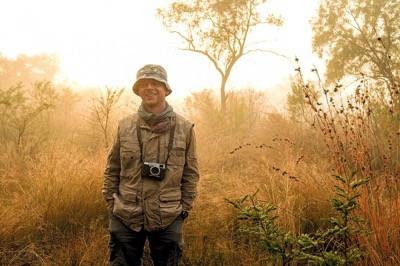 The film itself, is about as deep as Hector. It’s life lessons about loving people and accepting yourself as you are, may not be the probing look at society as you would expect from a noted French psychologist. However, it’s still an interesting film, if for nothing else than Simon Pegg’s performance. Hector and the Search for Happiness gives him a chance to expand his range and he’s all the better for it. He’s very good in the title role and it’s nice to see him be able to stretch.

Overall, while Hector and the Search for Happiness won’t make you hit the streets and jump up and down with glee in your heart, but it’s a movie worth a spin.

Hector and the Search for Happiness is out now on DVD. 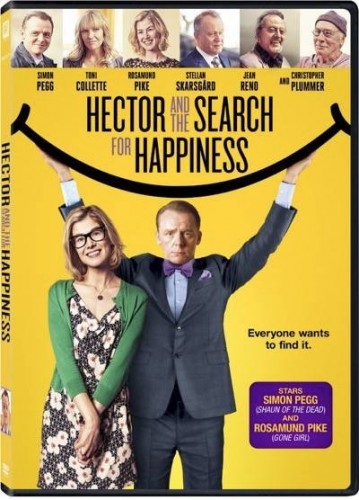