A Super Night With Helen Slater

Hey, kiddies! How’s your summer? Brief? Mine too. Luckily I got my ass over to the Egyptian Theatre in Hollywood last Friday to catch the super double feature of Superman and Supergirl. Now I got to see Superman numerous times growing up but never made it out to see Supergirl. Supergirl herself, Helen Slater was scheduled for a Q&A beforehand and she’s one of my childhood crushes so I didn’t want to miss the opportunity to see her and maybe grab an autograph.

I remember the movie gettting slammed by Siskel & Ebert (movie critics from the 80s) and I think my mom saw it without me for whatever reason. The movie was a bit campy despite the stellar cast of Peter O’Toole, Faye Dunaway, Peter Cook, Hart Bochner and Marc McClure. Helen was mesmerizing to look at and she did a fine job for her first movie. She remembered when she auditioned that her mother had sewn a cape for her which she wore to her audition and she was the only one who dressed up for the audition and it seems to have worked. (She no longer has the cape. Someone asked. Not me.) Helen said her only regret was not doing enough for girls with her role as Supergirl. She spoke fondly of her friend, Christopher Reeves, who is still the best Superman to this day. She said he had a nice sense of humor and remembered a time when they were in New York and a slew of fire trucks drove by with the sirens blaring. “Here’s Superman and Supergirl and there’s nothing we can do.” I wish I coulda been there for a selfie. 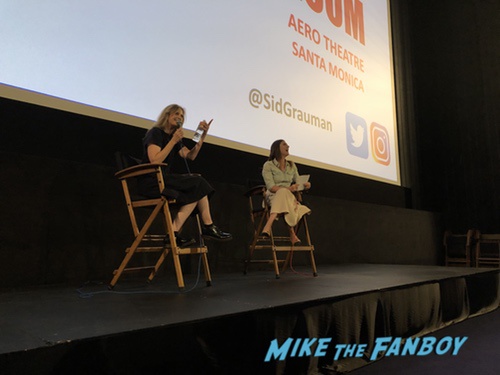 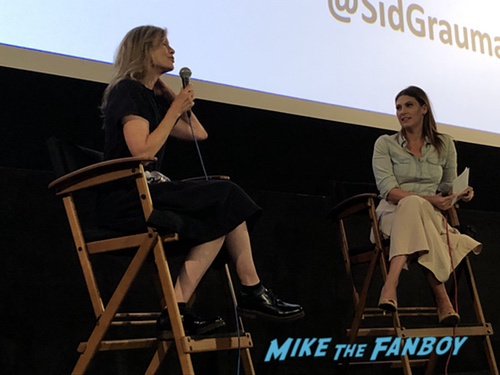 Helen worked with some big names her first time out and she shared a story aboot her and co-star Peter O’Toole. She was reciting some Shakespeare (He wrote a bunch of plays a loooong time ago. The Brits adore him.) She said she flailed and flailed her arms all over and when she was done Peter told her to imagine she was holding a flower with her thumb and index finger and it was a different approach which she never forgot. That was the only acting advice she was really given during the filming. She felt she should’ve put a little more into her performance in the Phantom Zone scenes because O’Toole was putting his all into it and the moderator pointed out her theory was that Supergirl was just seriously focused on getting out of the Phantom Zone to get back to Earth finish her task and get back to save her world. Helen liked that angle and I agreed with it. The movie is worth a look if you’re into 80s movies. 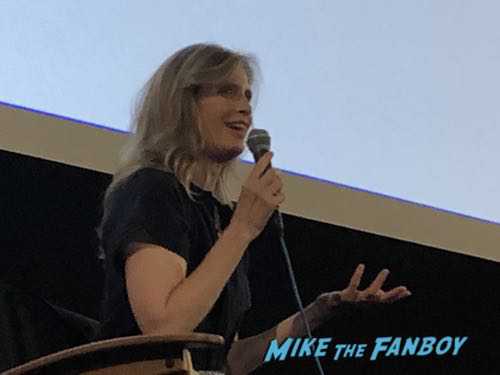 When the interview was over there was a small group of us that approached her for autographs and pictures. “Oh, I’m just going to go over there”, as she made her way for the exit. I thought that was cute and found a better seat to watch her movie. It wasn’t the first time I walked away empty handed and it sure isn’t the last. After the movie was over I went back to my original seat to retrieve my trash and throw it away and noticed Helen was in the lobby talking with her friends and signing graphs for the fans. I thought it was a tad weird to say hello to your friends during an introduction and then take off. That’s what you call a power move. Anyhoo, she was very nice and I told her I loved her in The Secret of My Success with Michael J. Fox and she thanked me and signed the Supergirl DVD I bought earlier that day. It was a nice signature and my only regret was forgetting to tell her how great she was in Ruthless People. It was a very nice evening, she still looks great and next time I’ll ask for a pic with her. Until next time, happy graphing and stay outta my way. Peace. 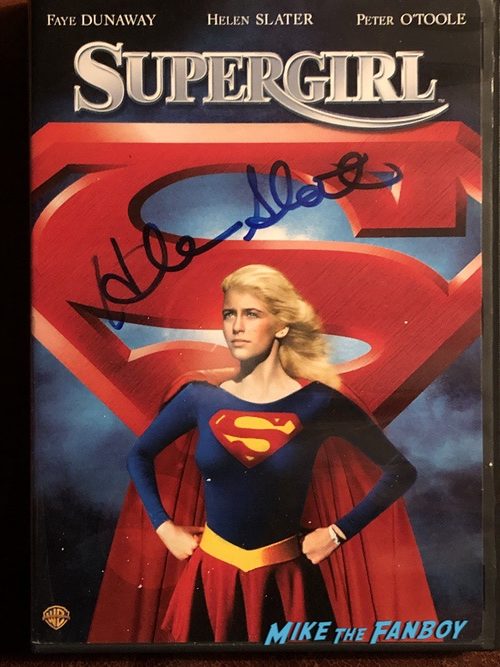