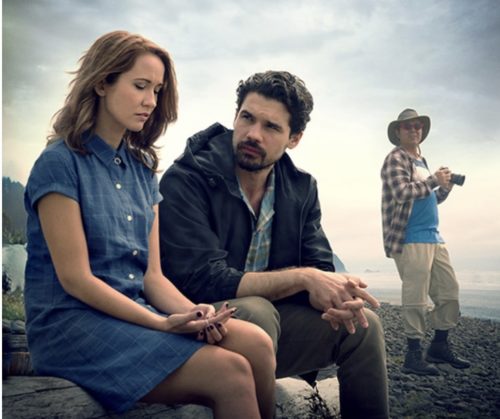 Anna Camp tries to be pitch perfect in a daring dramatic role. However, “Here Awhile” struggles to visit the hospital and barely finds its way onto life support.

Death devastates everyone differently. After being diagnosed with colon cancer, Anna (Anna Camp) returns to Portland, Oregon, to reconnect with her estranged younger brother Michael (Steven Strait). Initially not fully aware of her intentions or terminally-ill diagnosis, Anna reveals her desire for assisted suicide and is hoping to maximize her remaining days by reconnecting with her former life.

Anna Camp captures a remarkable, raw performance presenting the shock of death and dealing with one’s mortality. During our day-to-day lives, we tend to ignore the nuances of life and only address death once it’s directly presented to us. Anna’s swan song as a successful artist addressing death on her own terms presents an entertaining, educational perspective while assessing Oregon’s Death with Dignity Act. Camp carefully captures the deteriorating mental and physical aspects of a terminally-ill individual without going overboard. I hope Anna Camp tackles more roles like this and continues challenging herself. 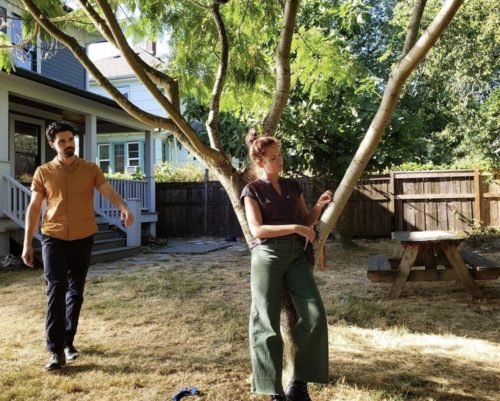 Tim True’s directorial debut demonstrates a dignified alternative to death and prompts plenty of discussions. The idea of a medically supervised assisted suicide seems like a conversation worth considering. Instead of enduring an excruciating and agonizing amount of pain for an undetermined time, “Here Awhile” attempts showing the possibility of addressing mortality on your own terms. If you knew death was literally around the corner, wouldn’t you take matters into your own hands?

“Here Awhile” attempts asking these type of questions and provides perplexing results. Anna Camp immediately draws you into the film, but it’s Joe Lo Truglio’s scene-stealing Gary, who pulls at your heartstrings and wins you over. Much like Christian Clemenson’s Jerry “Hands” Espenson in “Boston Legal,” Joe Lo Truglio presents the developmental disorder of Asperger Syndrome in a distinct, dignified manner without corny comedic clichés. In the end, Gary’s gut-wrenching, genuine transformation addresses his ritual behavior beautifully evolving before the viewer’s eyes. He amazingly absorbs everything with childlike wonderment and interprets facts fantastically with harrowing honesty. Camp compliments Lo Truglio with her character arc, but the rest of the cast can’t capture the same type of empathy and excitement. Despite an intriguing concept, the story is not fully flushed out resulting in a disjointed drama barely lasting 80 minutes. 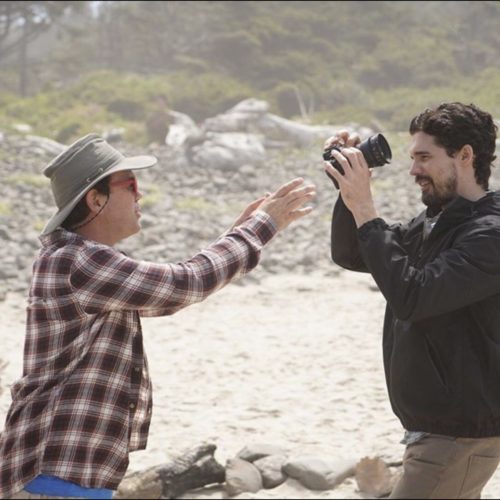 Anna’s fractured family life is revisited in frequent flashbacks. However, there’s something amiss considering how quickly she’s reconnected with her brother Michael after 15 years and showing up unannounced. Michael’s sad story of taking care of their father and Alzheimer’s robbing the family over the past decade should sustain enough resentment for more plausible pushback. Unfortunately, Michael immediately embraces his sister Anna upon her return without missing a beat. Sure, blood is thicker than water and family should always be a priority, but it’s too convenient considering the timeframe.

“Here Awhile” addresses and tackles an interesting subject matter incorporating the Oregon Death with Dignity Act as the backbone of the story. It’s an unflinching, upbeat portrayal of being in a no-win situation. Despite a good supporting cast, Michael’s girlfriend Shonda (Chloe Mason) and Anna’s partner Luisa (Kristin Taylor) don’t develop further than as placeholder characters. There’s no connection and they’re sadly forgettable despite playing a significant role in the final 20 minutes. In spite of this, the authentic appreciation and compelling cancer storyline certainly warrants an examination on a touchy subject matter. Thanks to Lo Truglio’s comedic abilities and Anna Camp’s caring presentation of a dying woman, “Here Awhile” is worth watching. Just don’t be surprised if you might need to be resuscitated.

AVAILABLE ON DIGITAL AND ON-DEMAND JUNE 9, 2020