I don’t know what it is about Reese Witherspoon but every time I see a romantic comedy starring the Legally Blonde star, it just feels like the holidays. Perhaps it’s because of her ill fated attempt of a Christmas film, or the fact that when Reese does a romantic comedy right, it’s a lot of fun.

Reese Witherspoon’s newest romantic comedy is Home Again, out now on Blu-ray. The film is the first film from Hallie Meyers-Shyer who is the daughter of Nancy Meyers who gave us The Holiday. One would think that she would have an innate view of the genre, however the results are mixed. 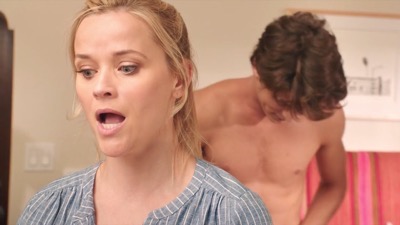 Turning 40 is a life changing experience and Alice (Reese Witherspoon) has just crossed that milestone. She’s separated from her husband Austen (Michael Sheen) and decided to head to the West coast from New York. She grew up in Los Angeles and is heading out with her daughters Isabel (Lola Flanery) and Rose (Eden Grace Redfield).

Alice’s father was prominent in Hollywood and her mother (Candice Bergen) acted in his films. So, Alice is something of a Hollywood Legacy. Alice is out at a bar and meets a trio of young guys who are trying to make it in the industry, Harry (Pico Alexander), George (Jon Rudnitsky) and Teddy (Nat Wolff). They have varying degrees of success and after meeting the guys Alice is drawn to Harry and he is smitten to her as well. They both hook up and the other two guys crash at her place as well. 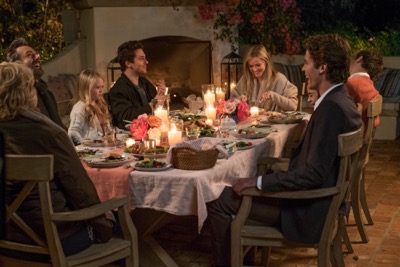 In the morning George stumbles onto Alice’s film ties and the guys passing fancy morphs into something else. They all move in with Alice and Harry’s relationship with her gets more serious. Alice’s daughters and the guys also become friends and they form sort of a bizarre west coast family unit. Add to that, Austen decides he wants to be back in Alice’s life which of course adds a new wrinkle in the mix.

It’s a different premise for a romantic comedy and a little off the beaten path, the romance between Alice and Henry is done better than you would think and doesn’t have the cringeworthy aspect you would expect. They have the awkward moments that a new relationship would and their chemistry is really good. Reese Witherspoon has the romantic comedy thing down pat. She’s perfected it in such classics like Sweet Home Alabama and Just Like Heaven and here she pulls out everything in her wheelhouse to make the film work. 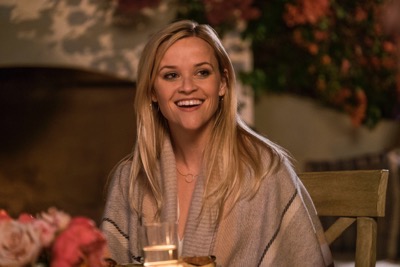 It does more or less even when the script fails her. She tries to hold the whole film together but in the end, the plot doesn’t have the pull it needs. An interesting premise turns to the old cliches and that bogs the film down immensely. The characters don’t have a lot of depth and that’s what in essence sinks this production. It’s hard to feel attached to cardboard stock characters. There are still some laughs and fun to be had here, but it’s not enough to save the film sadly.

Home Again arrives on Blu-ray in an excellent transfer. The image looks great, it’s crisp and fine details look excellent. The perfectly manicured houses and lawns are emphasized on the high definition transfer. There is little fallout in the darker scenes and the inside warmth of Alice’s home contrasted with the exterior shots work nicely. 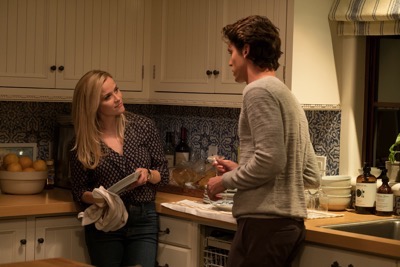 A commentary track with Director and Writer Hallie Meyers-Shyer and Nancy Meyers who is a producer on the film. If you can’t get enough of Home Again, then check it out, otherwise it’s probably not going to be a commentary track that anyone will reference again and again. 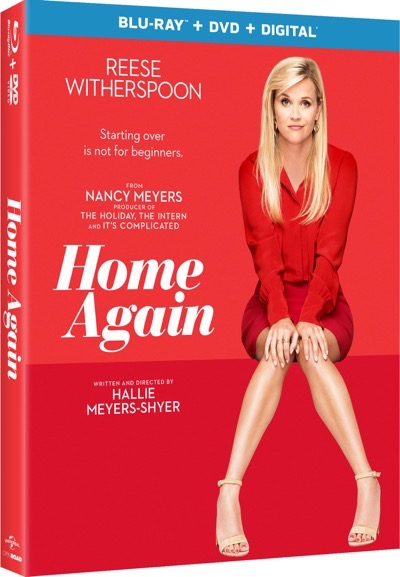 Overall, Home Again isn’t going to be a film you watch over and over again but it’s a serviceable film that you’ll probably forget 10 minutes after watching it. It’s a bit of a missed opportunity and would be a miss if not for the winning performance of Reese Witherspoon.

Home Again is out now on Blu-ray!