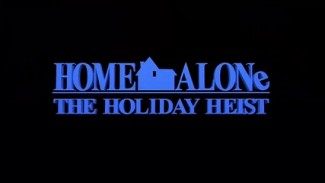 Home Alone: The Holiday Heist was just released on DVD. Catherine Baxter (Ellie Harvie) has just accepted a new job and relocated her entire family from California to Maine. Catherine and her husband Curtis (Doug Murray) are invited to Catherine’s bosses Christmas party in the mountains. They leave their 10 year old Finn (Christian Martyn) and their daughter Alexis (Jodelle Ferland) home alone while they are gone for the evening. 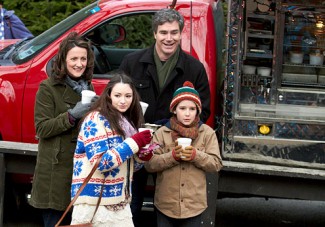 What they don’t know, is that there is a set of art thieves with their eye on the house. Legend has it that The Baxter’s new home is haunted, but in reality there is a bootleg room in the basement… which is pretty cool if you don’t think about the building codes, probability of a giant safe and special room in a craftsman home. Finn stumbles onto the room and when he shows it to Alexis, she gets trapped inside. Then a giant snowstorm hits and Catherine and Curtis are trapped at the Christmas party. 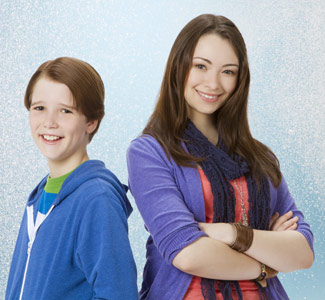 The art thieves then invade. Curtis comes up some clever and fun ways to protect his home and family from the looming predators led by Malcolm McDowell and Debi Mazar. The heist is nothing new if you’ve seen the first four chapters in the Home Alone series, but it’s always fun to see how they play out. 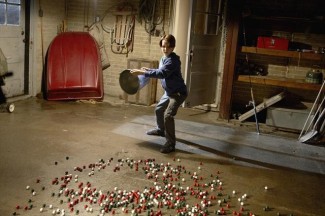 The film itself is strictly paint by the numbers. Originally filmed as a TV movie, Home Alone: The Holiday Heist has all the signs of a direct of DVD sequel. The plot is a carbon copy of the original with an odd twist, and there are some familiar yet not B-Level actors cast in it to make it seem respectable. 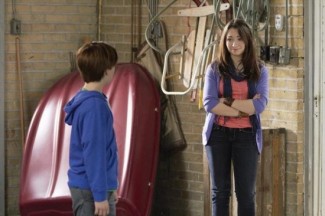 I admit it was a little sad to see an actor of Malcolm McDowell’s stature trying to foil the exploits of a 10 year old. However, once you get past a lot of the Tv-Movie trappings there is some fun to be had. Eddie Steeples as one of the would be robbers is great, and as Finn, Christian Martyn does a good job of holding the film together. The parents however, are the most cloying characters on the planet and even though they have minimal amount of screen time you’ll think they were there forever. 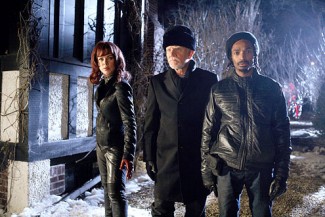 While I can’t say this will go down in history as one of the holiday classics like Christmas Vacation or A Christmas Story, if you’re looking for a new movie to watch with the entire family, you can feel safe in putting in Home Alone: The Holiday Heist.

Home Alone: The Holiday Heist is available now on DVD! 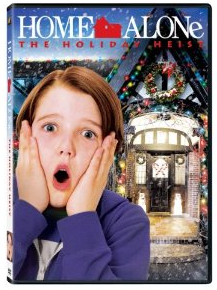