Home / JM • Reviews / Honey Boy Movie Review! JM Says, “It bursts onto the screen with one of the most captivating casts of the year!”

Shia LaBeouf’s sensational screenwriting debut demonstrates a remarkable revival and adds another sizzling chapter to his career. “Honey Boy” bursts onto the screen with one of the most captivating casts of the year highlighted by spellbinding performances with Noah Jupe, Lucas Hedges and Shia LaBeouf.

At 22, Otis (Lucas Hedges) is a thriving action actor, who is transitioning from child stardom, but can’t quite control himself. After being arrested for the third time, Otis is sent to rehab and attempts to address his troubled childhood, especially the struggles with his Vietnam veteran father James Lort (Shia LaBeouf). As a recovering alcoholic, Lort wrestles with his own demons while trying to raise his son despite a contentious relationship between the two. 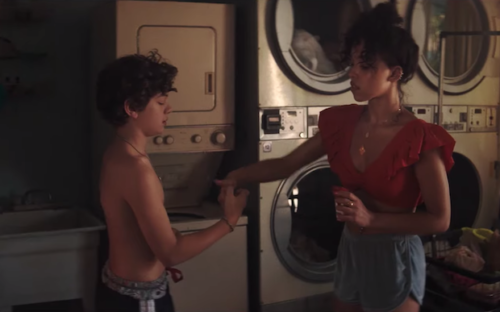 Through recovery, Otis reminisces and reexamines his childhood. During flashbacks, Otis’ (Noah Jupe) younger self struggles coping with an abrasive ex-con and former rodeo clown raising him as he continues becoming more successful than his father. Although art therapy is inspiring hope, can Otis full address his past and realize his true self?

Inspired by Shia LaBeouf’s own experiences, “Honey Boy” comes to life in the feature narrative debut by award-winning filmmaker Alma Har’el. The creative collaboration between LaBeouf and Har’el results in one of the must see films of the year! LaBeouf beautifully captures the struggles of childhood stardom while frantically navigating a burgeoning career. “Honey Boy” is hands down one of the best pieces of autofiction brought to life! The mesmerizing meta performance of Shia LaBeouf playing a fictionalized version of his dad delivers on so many levels I guarantee you can’t get it out of your head. 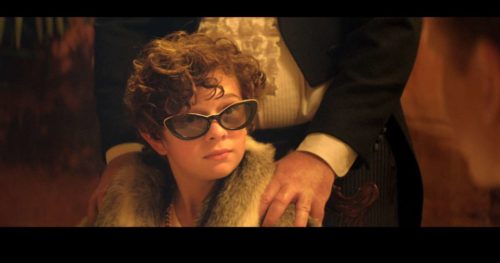 Most filmgoers will be immediately attracted to the film because of Shia LeBeouf, but the rest of the cast captivates you from the get go, especially Noah Jupe. Almost akin to classic cinema childhood debuts, Noah Jupe jumps out from the screen and immediately connects with the audience. Noah Jupe is a revelation and the cinematic chemistry between father and son with Shia LaBeouf are some of the best ever. Shia’s surreal performance persists as a mystic, mind-blowing achievement, but the incredible innocence and ingenuity of Jupe just proves it’s possible to catch lightning in a bottle. The humor and heartbreak evoked throughout is nothing short of breathtaking. 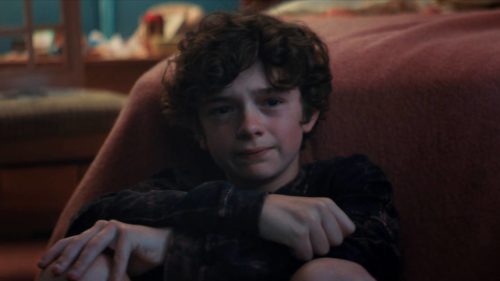 Lucas Hedges almost gets lost in the mix despite his spot on voice and mannerisms of LeBeouf. Jupe and LeBeouf both elevate not only themselves, but the rest of the cast to another level with Byron Bowers, Clifton Collins Jr., Laura San Giacomo, Martin Starr and FKA Twigs, in her feature film debut, making this one of the most memorable movies of the year. “Honey Boy” is a must see experience and a great look behind the scenes of childhood stardom.

One of the best quotes of the film leaps off the pages and is uttered by James Lort, “I pump you full of strength.” Undoubtedly “Honey Boy” might have started out as a therapeutic exercise for LaBeouf, but transformed into a stellar script and arguably one of the year’s best. “Honey Boy” creates an amazing adrenaline rush with Jupe and LaBeouf producing career defining performances inspired by this thought-provoking text. Already garnering awards attention for his screenwriting abilities, don’t be surprised if Shia LaBeouf joins Woody Allen (“Annie Hall”), Emma Thompson (“Sense and Sensibility”), Matt Damon (“Good Will Hunting”), Billy Bob Thornton (“Sling Blade”), and Warren Beatty (“Heaven Can Wait”) by receiving acting and writing nominations. With the exception of “Heaven Can Wait,” every performer above was nominated for an Academy Award in both categories and won for their writing abilities. The way LaBeouf navigates the reconciliation and therapeutic challenge of addressing his demons permeates as an instant classic with this mesmerizing movie. It’s an astonishing one-of-a-kind entertaining experience filled with gut-wrenching honesty. The rigorous, brutal honesty showcased creates a rollercoaster of emotions with tons of humor and exceeds expectations with a poignant, powerful movie delivering on all levels. 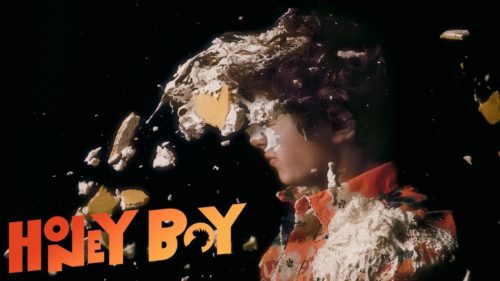 Alma Har’el knocks it out of the park with her first narrative film. In what could’ve been an appalling autobiographical vanity movie, Har’el captured a visually engaging and electric movie filled with excitement from beginning to end. The stunning stylistic tendencies brought from her documentary and music video projects created a courageous, captivating and undeniably magical movie experience. Considering the amazing work of Lulu Wang (“The Farewell”), Jennifer Kent (“The Nightingale”), Jocelyn DeBoer & Dawn Luebbe (“Greener Grass”) and Claire Denis (“High Life”), this continues to be a great year for fantastic filmmakers and Alma Har’el has arguably delivered another amazing addition.

Truth is always stranger than fiction, but movies like “Honey Boy” are exactly why you see movies on the big screen. Easily one of the year’s 10 Best Films of the Year. We’ve had the Reeves revival, the McConaissance and now it’s time for the LaBeouf renaissance so sit back because we’re seeing the rebirth of an amazing actor transitioning into an equally impressive writer. I’m your cheerleader “Honey Boy.”