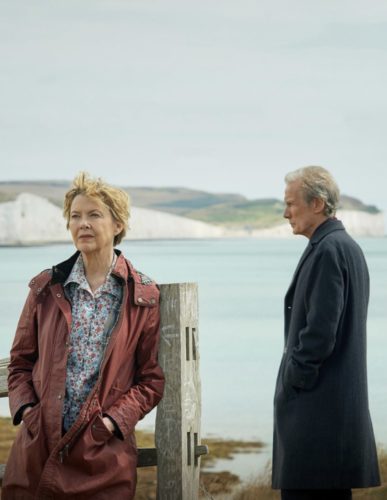 Being in denial is one thing, but Annette Bening should stick to American accents. “Hope Gap” fails to resonate and reiterates a single miscast lead can derail a film’s potential.

After 29 years of marriage, Edward (Bill Nighy) is leaving his wife Grace (Annette Bening) for another woman, a recently single mother of one of his students. Completely caught offguard, Grace relies heavily on their adult son Jamie (Josh O’Connor) to overcome her newfound, overwhelming emotions. Despite her beautiful home in a small seaside town, Grace’s grip with realities is proving more difficult than expected. 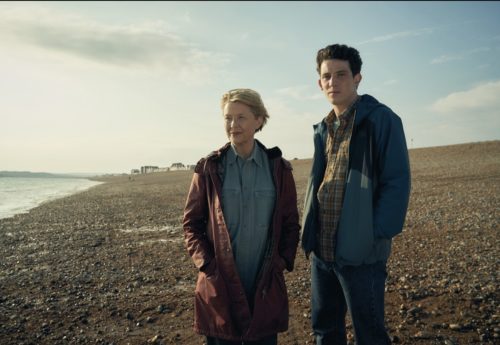 Annette Bening and Bill Nighy are the main reason to watch “Hope Gap.” However, there’s not enough emotional depth to truly care about the characters and the film feels like a run of the mill divorce drama. Making matters worse are the British mannerisms and idiosyncrasies causing confusion to American audiences trying to track the importance, relevance and significance about certain aspects depicted in this marriage.

Two-time Oscar nominee William Nicholson (“Gladiator” and “Shadowlands”) brings his Tony-nominated play “The Retreat from Moscow” to the screen, which takes its name from Napoleon’s infamous invasion & withdrawal of Moscow and provides an obvious metaphor for Edward’s marriage. The constant criticisms Edward and Grace provide one another revolves around their perception to commitment and addressing issues with clear, concise planning. Edward’s “non-completer” and lack of “going for it” personality has unfortunately instigated and fueled frequent fighting with Grace’s decisive directness. Instead, Edward almost always “walks away” from the reality and madness whereas Grace pushes on without regard to the bigger picture. 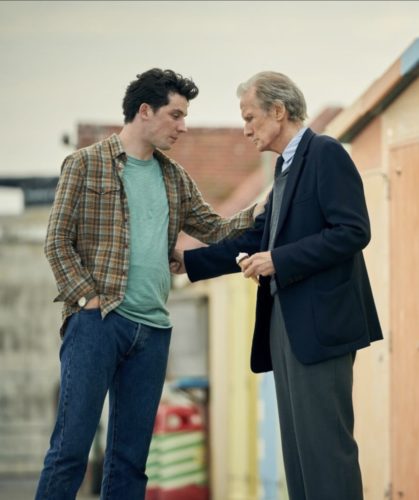 Sadly, despite a compelling cast on paper, Bening befuddles me with her awkward accent. Not that it’s horrendous, but comes across superficial like a stage actor attempting an accent during a run of a play. Perhaps casting a more accurate, apropos actor (European, Australian or English) in the vein of a Jacki Weaver, Celia Imrie, Julie Walters etc. would’ve been more believable. The superficial sensibility doesn’t allow audiences to connect and care what really happens to this couple during the course of the film. Sure, a marriage is deteriorating after an affair, but who cares it’s collapsing? Bening’s inconsistent accent absolutely pulls you away. In a sad sense I felt more empathy and concern for Edward, which shouldn’t have been the case. Truthfully it felt like a pandering pathetic performance as you couldn’t connect with Bening.

On the reverse, Bill Nighy stupendously showcases his wily, wittiness and sensational subtleties as a downtrodden man going through the motions. Despite an obvious dead marriage, he wholeheartedly wrestles with what’s the best decision for the two of them and not necessarily the easiest. In a sense, you can picture the bullying Grace continued to do over 29 years to Nighy’s Edward, which in turn slowly, yet steadily pushed him away completely. Nighy’s profound performance sadly goes to waste as his perplexing partner doesn’t elevate their chemistry, instead it crumbles worse than this fictional marriage. The amazing awkwardness Nighy is known for is one of the only highlights in this dreary drama. 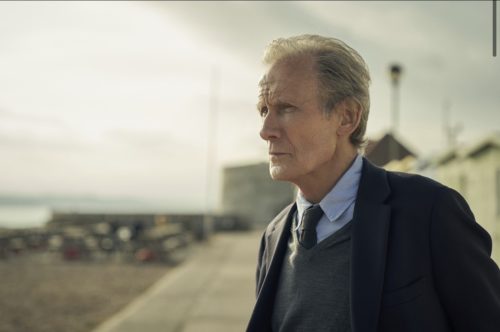 Going through the motions is one thing, but unnecessarily enduring it during a movie shouldn’t be your main form of entertainment. On the stage, the themes would work wonders, but as a film it needs two strong supporting main characters complimenting each other, which never fully comes into fruition. Truthfully, unless you like marriage movies, especially divorce dramas, I would steer clear despite a solid performance from Nighy.

Starting May 8th, the film is available via streaming on Apple TV, Amazon, GooglePlay and more!