James headed out on the London town and had a fantastic time. He headed to the Horrible Bosses 2 premiere and was able to meet Jason Sudeikis, Charlie Day and yes, everyone’s friend Jennifer Aniston.

Sadly, James Missed Jason Bateman as he only signed a couple things. Doh!

Still, not bad for 45 minutes at a premiere!

Check out James’ recap below!

I genuinely think all premieres should be like this. You arrive at 4pm, and you leave by 4.45pm. 45 minutes!! That’s how long I was in Leicester Square today for the world premiere of Horrible Bosses 2. When this premiere was announced with Jennifer Aniston, Jason Sudeikis, Jason Bateman and Charlie Day attending I was rather excited; not only did I really enjoy the first film, but three of the four cast are in other things that I love; Jason Bateman in Juno, Jason Sudeikis in my second favourite American TV show of all time, 30 Rock, and Jennifer Aniston in my all time favourite film Bruce Almighy (I know, I have odd taste).

Anyways, I was at work this morning and got a message from a friend; “you realise arrivals start at 4.30pm tonight, not 6.30pm as usual?”. Two hours earlier! I had to bargain to leave work earlier than planned, but managed to meet up with a few friends who had saved me a spot (not that they needed to, it was only two people deep when arrivals started).

First to arrive was Jason Sudeikis, best known to me for Saturday Night Live (awesome!), We’re the Millers (awesome!), Drinking Buddies (awesome!) and as flower guy Floyd on 30 Rock (awesome!). I’ve wanted to meet Jason for a while now, and was very glad when he came straight over to sign. He signed a We’re the Millers promo for me, as well as my Horrible Bosses DVD sleeve and an index card. He also posed for a photo too. Such a friendly guy! Jason’s the first person I’ve met from 30 Rock (I know he wasn’t a main character, but I’m still very happy!), now for Tina Fey to come over! 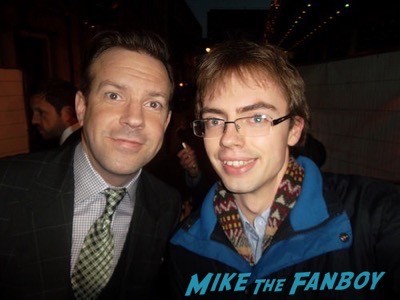 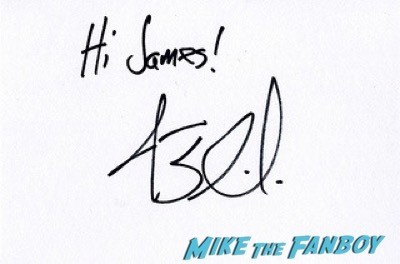 Jason Bateman arrived next. He signed a few on the other side of the red carpet, but not many before stopping. He signed one then skipped five or so, signed another and skipped. Alas I didn’t get to meet him. Kind of disappointed, but I’m sure there’ll be another chance soon.

Jennifer Aniston was next to arrive! She started signing, but again was skipping a fair few things. I managed to get my We’re the Millers promo signed, though. I debated for a long time whether to bring my Bruce Almighty DVD. It’s my all time favourite film, and I was super excited to meet one of the main cast. But… it’s already signed by Jim Carrey pretty perfectly, and I daren’t get anyone else to sign it incase they go over his signature or something. It stayed at home as my most prized autograph! 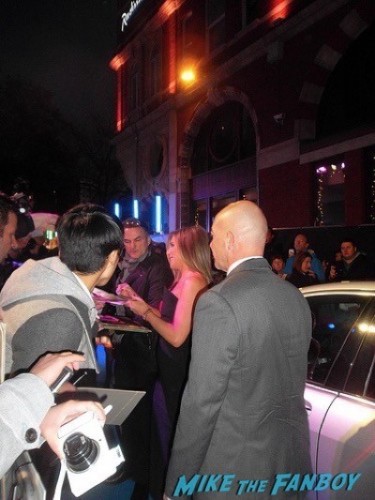 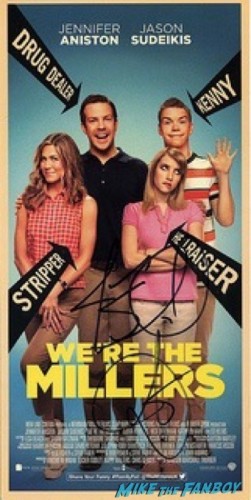 Charlie Day was the last person to arrive. He came straight over to sign, and took his time to meet as many people as he could. He signed my Horrible Bosses DVD, and posed for a photo with me. 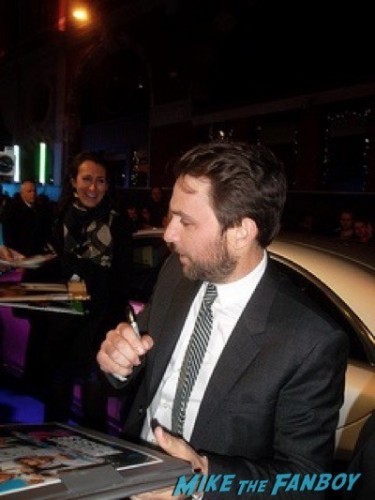 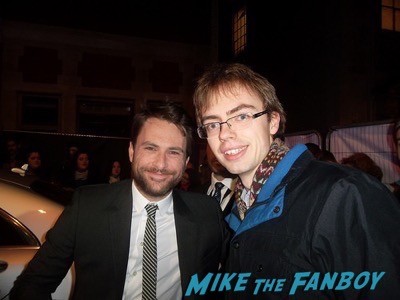 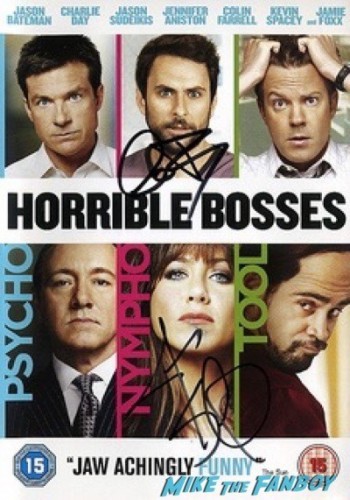 and that was that. Nice and simple, and an exceptionally short wait for a premiere!

Check out more of James’ adventures from the UK here!