Home / NEWS / How The Internet Is Changing Comedy (And Its Stars!)

It doesn’t take a lot of insight to recognize just how much the internet has changed entertainment over the past couple of decades. However, perhaps the oldest and strongest influence it has ever had has been in the sphere of comedy. After all, we were all sharing funny videos through links long before Netflix and even Youtube arrived on the scene. Here, we’re going to look at four of the ways that the internet has lead to the rise of new forms of comedy, and plenty of new stars, to boot. 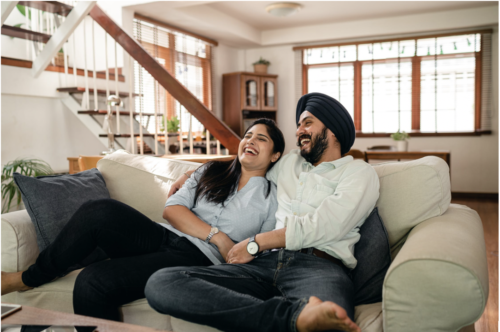 An ever-changing bar for comedy

The subject matter of comedy has changed drastically. Memes, online dating, social media, there’s so much fodder for jokes that would be a complete mystery to anyone time-traveling from just thirty years ago. Trends in comedy have switched for both the better and the worse. Reaction comedy, which usually involves screaming at a microphone over one thing for another, might be predominantly popular amongst kids, but those kids grow up emulating it, which is what has made it one of the most popular forms of comedy on Tiktok, for instance.

While a few key players might still hold the purse strings for the big online debuts, there’s no denying that comedy has become a lot more democratic, with the power largely being in the hands of creators. Otherwise, comedians like Mallory Everton might never get the ability to take the spotlight. She and her Studio C comedy group are precisely the kind of gang that might have had to work to get a TV slot to get any attention in the past. However, thanks to the internet, they managed to get over a billion views thanks to the simple popularity of their sketches.

Road to the Netflix special

Of course, just because a lot of comedians are able to rise to the top through self-funded efforts alone doesn’t mean that it’s the only way that it’s done. Bo Burnham is another example of a comedian who built his following online, but it was the release of two Netflix specials that exploded him into one of the better-known comedians of the last decade. The comedy special has been shown to still be a very potent force, but now it’s primarily through streaming platforms that these specials get a platform larger than they ever had.

More classics available than ever

As the saying goes, the more things change, the more things stay the same. It might not entirely be 100% accurate, but there’s no denying that one of the “new” trends is a resurgent love for classic comedy, especially 90s comedy movies, as of late. Online streaming services have made it a lot easier for people to get stuck into their old favorites, putting some pretty strange picks in the zeitgeist of the comedy world.

The internet has made it so that comedy has far less gatekeeping, allowing fresh new talent and those with established comedian chops alike to put their stuff right out there, right away,

Tweet Pin It
Tags:comedy changing, how comedy is changing, How The Internet Is Changing Comedy (And Its Stars!)