Trying to figure out what to gift this holiday season?  Stuck on ideas?  How about the gift of the Iron Throne? Who doesn’t want the Iron Throne, right?

For the first time, you can try to win it in a new video game based on the HBO series, Game of Thrones. Since the game is based on the show (not just the books), you’ll get to see (and hear!) Peter Dinklage as Tyrion Lannister, Lena Heady as Cersei Lannister, Natalie Dormer as Margaery Tyrell and Iwan Rheon as Ramsay Snow. Additional cast members will appear in later episodes. 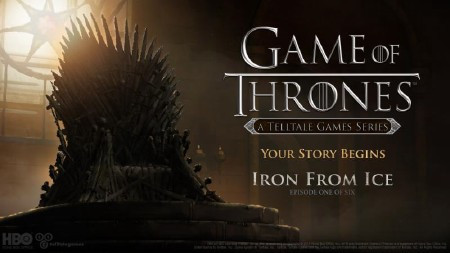 The game’s story focuses on House Forrester and The War of the Five Kings (end of season three in the TV series). House Forrester is mentioned by George RR Martin in the books, but this is the first chance to really explore this family and their history.  Here’s the official press release bio on House Forrester:

House Forrester is a noble house from the Wolfswood in the north of Westeros. Bannermen to House Glover, they have always offered unswerving loyalty to the ruling great house of the North – the Starks. The Forresters are seated at Ironrath, an imposing stronghold surrounded by towering ironwood trees. Built over fifteen hundred years ago by Cedric Forrester and his triplet sons, Ironrath is a testament to the strength and endurance of Ironwood. The Forrester house words are ‘Iron from Ice’, which echoes their belief that – like the ironwood itself – the adverse conditions and unforgiving landscape of the North only makes them stronger. 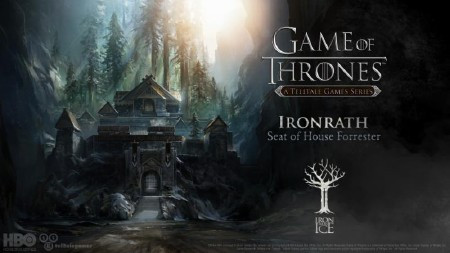 Interesting, right? In the game, you’ll be playing 5 different members of House Forrester who are scattered across Westeros and Essos so you’ll get to visit King’s Landing, The Wall, etc… Since they specifically mention Essos, we may see some dragons in future chapters…

The game will launch in 6 chapters with additional cast members to appear in the next ones. The first chapter launches next month on all major consoles, Mac, PC and iOS.