Home / Marvel • NEWS / Is Hugh Jackman Retiring His Claws After Days Of Future Past? And Will There Be A Wolverine 3?

With X-Men: Days of Future Past about to hit multiplexes everyone wants to know what’s in store for the mutants next?

SFX magazine talked to Hugh Jackman about doing another Wolverine film after Future Past gets released, more than likely here will be a third film however will that be it for Jackman?

“I haven’t signed on signed on. I’m genuinely at that point where unless it’s better than the last one I’m not going to do it.”

Reports had the new Wolverine film dropping on March 3, 2017 but apparently it’s not a done deal.

”I don’t know yet. We’re talking it through. I still am very ambitious for the character. And tonally I feel like we corrected the ship with the last one. But I feel we can still go further, in a way. If I did another one I’m 99.9% sure it would be the last, so that will inform what it is for me.” 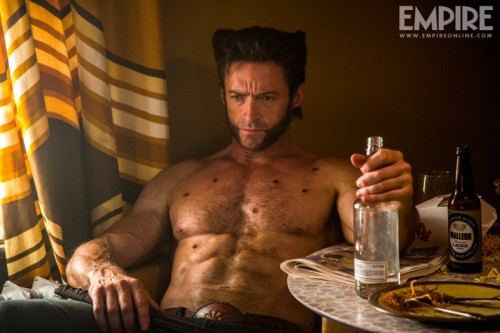 That’s interesting, what’s also interesting, is that it appears that Jackman won’t be in X-Men: Apocalypse which is the sequel to Days of Future Past. It’s in production now, so I would guess that it’s Wolverine-Less.

What about rebooting the character? I’m not sure it’s the best idea, that would be like trying to recast Iron Man… hmmmmmm