Home / Marvel • NEWS / Hugh Jackman Talks About A New Wolverine Film And What’s Next For The Clawed Hero!

I think out of every superhero, be it Marvel or DC it would be hard to come up with an actor that as synonymous with a role like that of Hugh Jackman and Wolverine. He has very much owned the part!

X-Men: Days of Future Past is coming out next year but what’s next for the clawed hero?
In the new issue of Entertainment Weekly, Jackman talks about the future:

“I kind of am enjoying him more than ever… Being older helps playing Wolverine. He’s 200 or 300 years old — no one really knows — and he’s sort of world-weary.”

He talked about doing a third Wolverine stand alone film:

“I don’t want to dive into another one until we have a compelling reason to do another one. I love the character, he’s kind of like a best friend to me, and I don’t ever want to take [him] or the fans for granted. … I think we’ve got a great opportunity to make something really cool, but it has to be great. That’s what we’re all working toward.”

And what about rumors he’ll be recast:

“I started with a two-picture deal on the first two [X-Men films], and from that point on, it’s been movie by movie — not just me, but Fox and Jim and everyone. I do want to do it with Jim [Mangold] and with [producer] Lauren Shuler-Donner because we had such a great experience. I’m really proud of The Wolverine.”

So, that means we’re going to get more of the side burned clad hero! 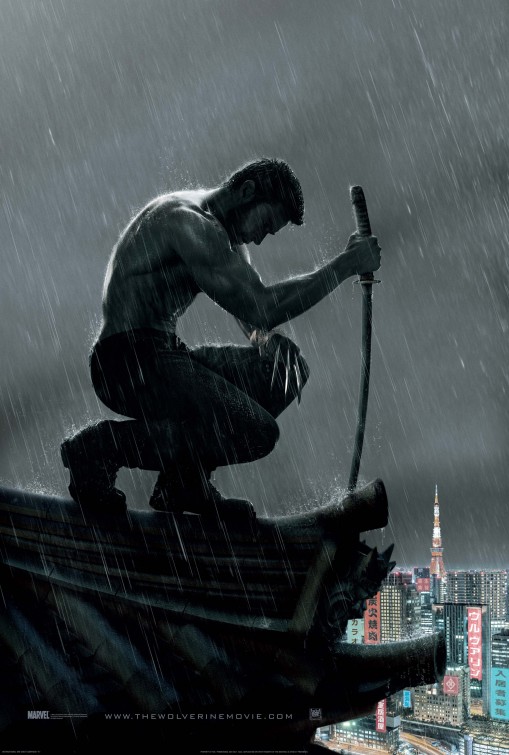