It happened, it finally happened! Hell has frozen over and I got a photo with Wolverine himself, Mister Hugh Jackman!!

Mike the fanboy was kind enough to bring me to a very small and intimate screening of Logan, followed by a Q&A with director James Mangold, producer Hutch Parker, and star Hugh Jackman. You can read all about it in Mike’s soon to be published recap. I’m just here to share a moment that was a lifetime in the making. You may recall my many (9) failed attempts just to get Hugh’s autograph even though he’s one of the kindest celebrities in the business. Check out that story here!

Luckily, after the Q&A everyone was calm and Hugh was very graceful and took tons of photos.

A BIG shout out to Scotty the Music Man for being the designated photographer (Hugh’s exact words) and for taking such a great pic of me and HJ. Thank goodness Scotty noticed the flash didn’t go off in the first one and asked Hugh for a do-over for me, which he happily obliged.

Check out the two photos below. I would like it noted that in both pictures, Hugh has his arm around me. In the wake of all the recent Hollywood, touchy feely scandals, this is physical contact I more than welcomed! 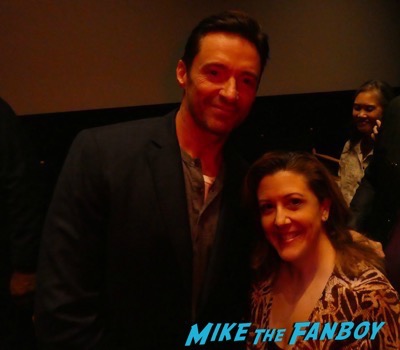 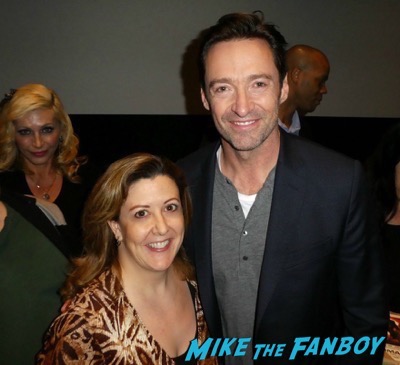