With the new Firefly and Buffy The Vampire Slayer DVD sets coming out I figured this was the perfect time to do a Throwback Thurs back to the time when I met Nathan Fillion! Such a great guy, Seriously… He’s awesome.

I’m running late from another event… which I hate… so, if you can’t get there early, you are in the back of the line my friends! Which is what happened to me today. Hunger Games star Josh Hutcherson was taping a talk show along with one of my all time favorites Captain Mal… I mean Nathan Fillion. I of course had to go, I wasn’t expecting the swarms of people though… and I do mean swarms…

7:45 p.m. – I just arrived and holy crap on a cracker there are literally 120 people here! I know Hunger Games is going to be popular but damn… I was in no way expecting this… Oh, and yes I’m number 119! 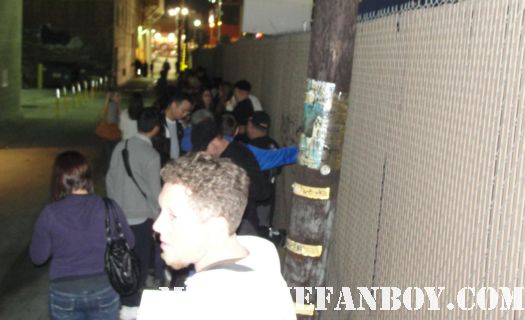 7:49 p.m. – Security is bringing out extra barricades to hold the crowd in… 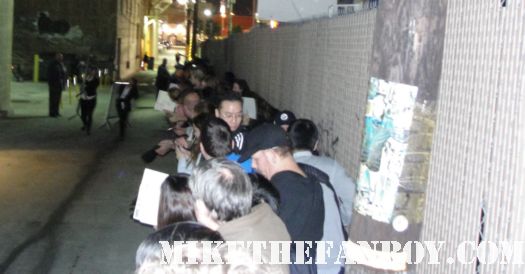 7:55 p.m. – Josh Hutcherson is the first guest, so I’m expecting him to leave first. I have a couple magazines for him as I got him on my poster at the Journey 2 premiere. For Nathan I have an Entertainment Weekly magazine and a Serenity UK quad mini poster. 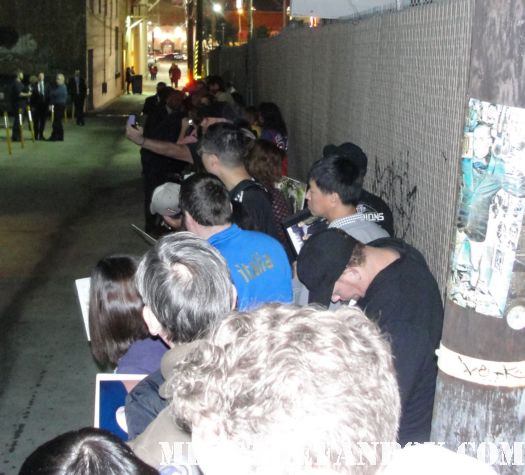 8:03 p.m. – Oh, someone is leaving… Oh crap it’s Nathan Fillion! He’s coming right on over… and I don’t know if he’s prepared for the crowd of people waiting for him. 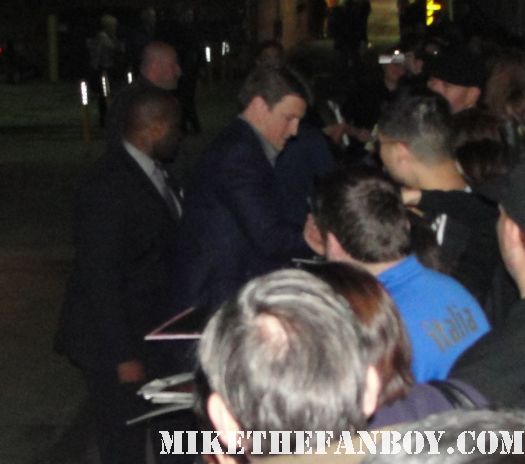 8:08 p.m. – Nathan is moving fast but as always is quite cordial. I really enjoy Nathan’s work and he’s always been super nice. Firefly is one of my favorites, as well as Buffy The Vampire Slayer of course! 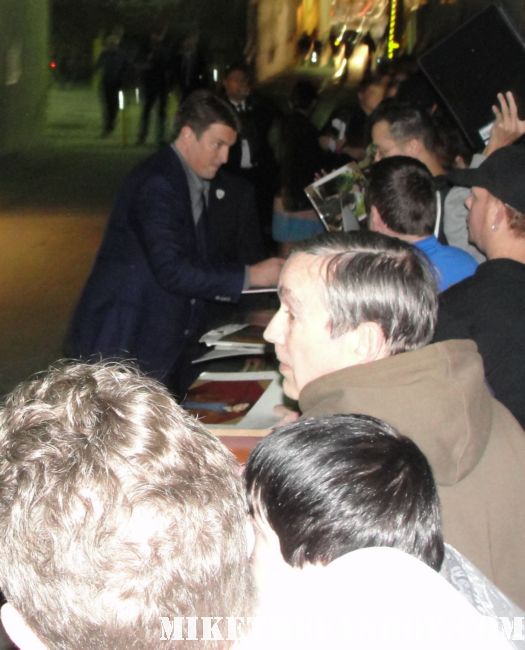 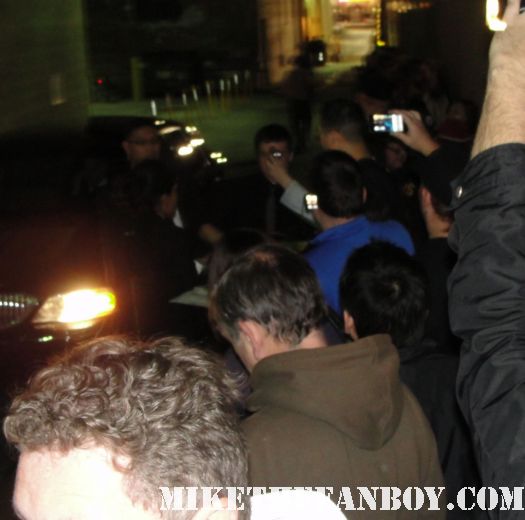 8:14 p.m. – Nathan says, okay guys, I’m going to sign and then I’ll come back and do photos. So, he finishes signing, he signs for me on my Serenity poster and then signs my Entertainment Weekly magazine Erica was holding. 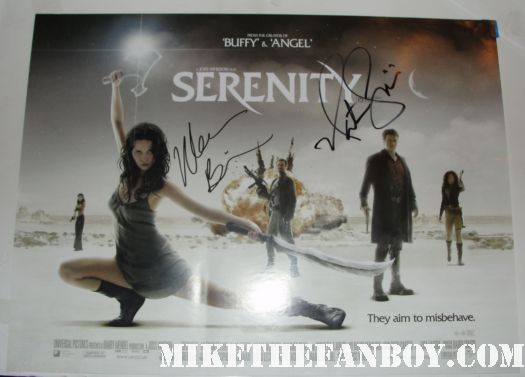 (She joined me after she got Josh) 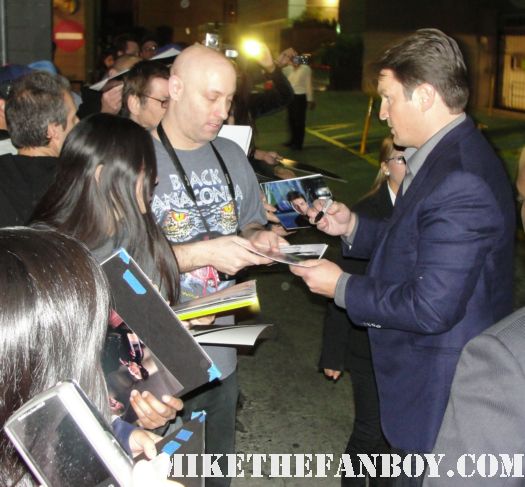 8:15 p.m. – Nathan true to his word came down the line and then is coming back to do photos. I had my camera out taking pictures and Nathan grabs it from me, unfortunately it’s still attached to my wrist. I wriggled out and he took a photo of the two of us. Lol… I got a forced photo opp with Nathan Fillion! Hey, that’s awesome! I’ll take a photo with Nathan anyday! 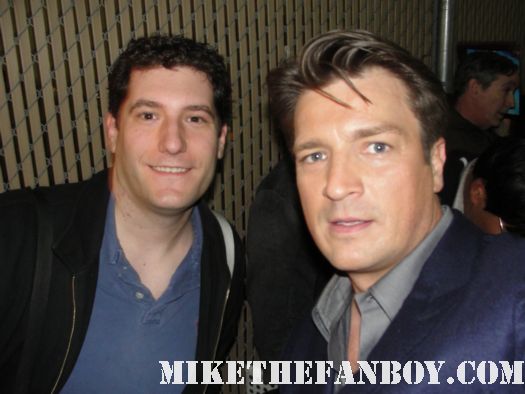 8:16 p.m. – Now, Josh is coming our way. His publicist says no photos, he has to keep moving, but he’s doing them anyway. 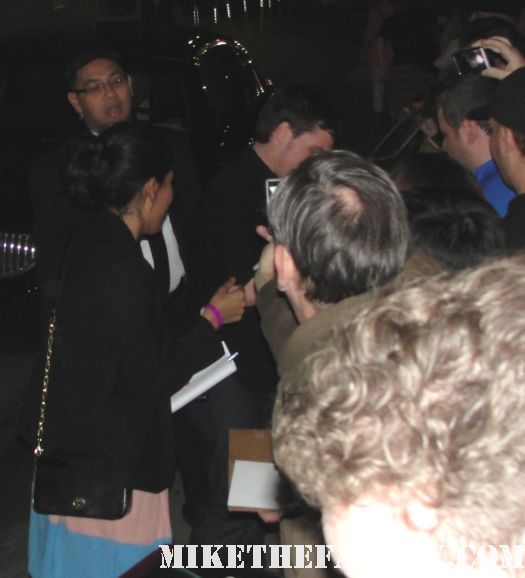 Josh signs my Nylon magazine and then signs my Entertainment Weekly that Erica has out for me. 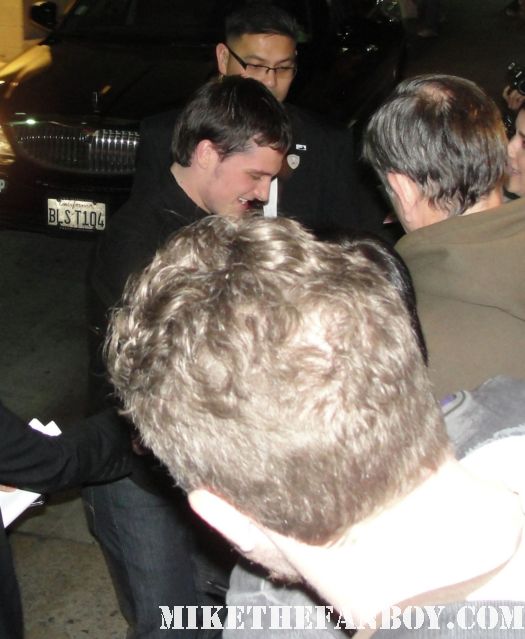 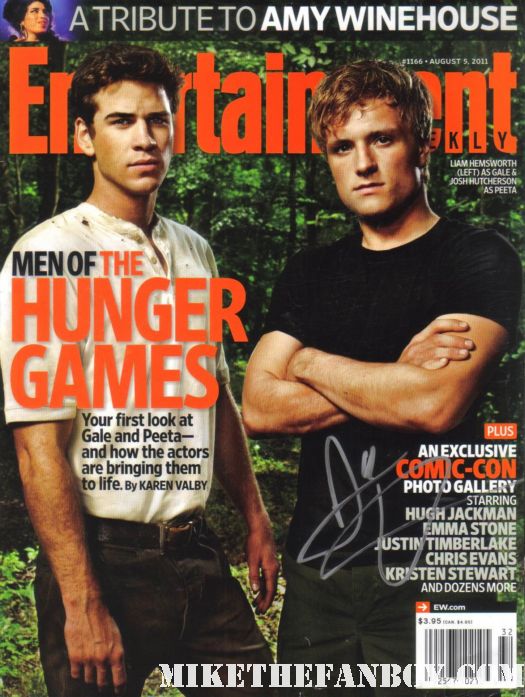 Then I snap a quick photo of Josh and Erica together. 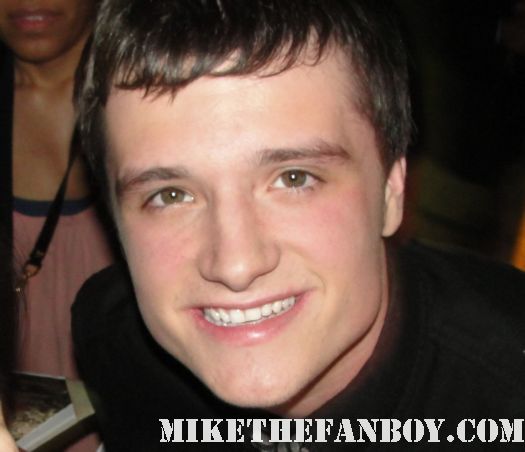 And then Josh continues to sign and sign… Nathan actually came up to Josh and told him how much he likes his work! 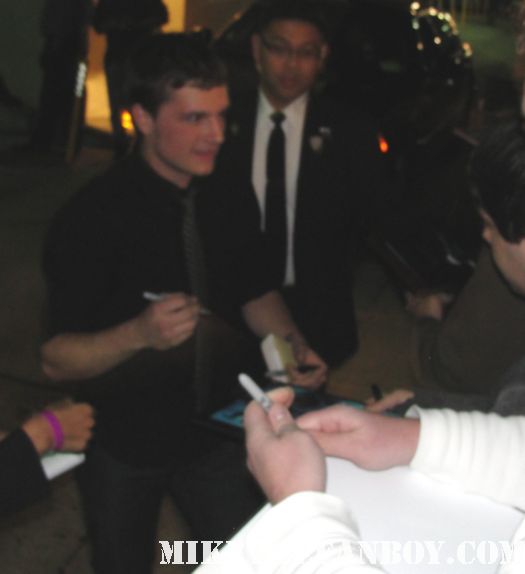 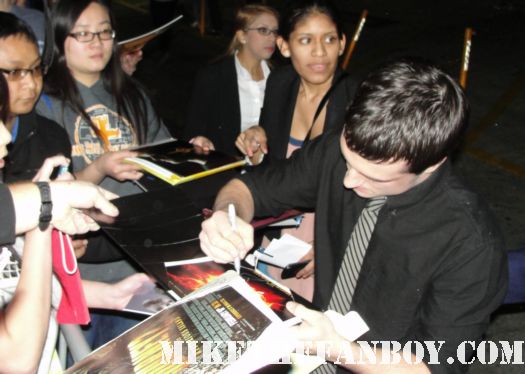 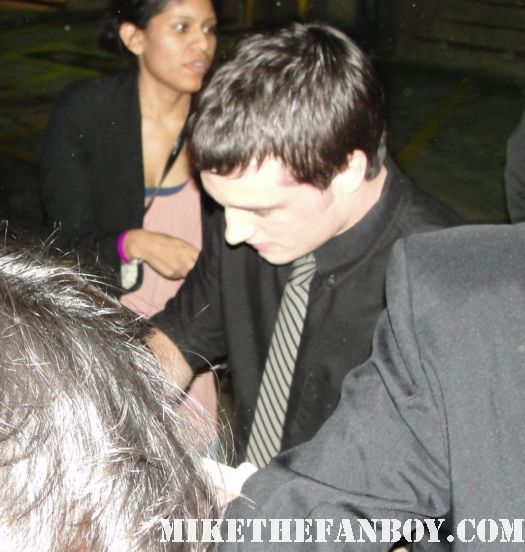 All in all totally worth staying… I’m super impressed by both that they treated all the fans waiting so well! 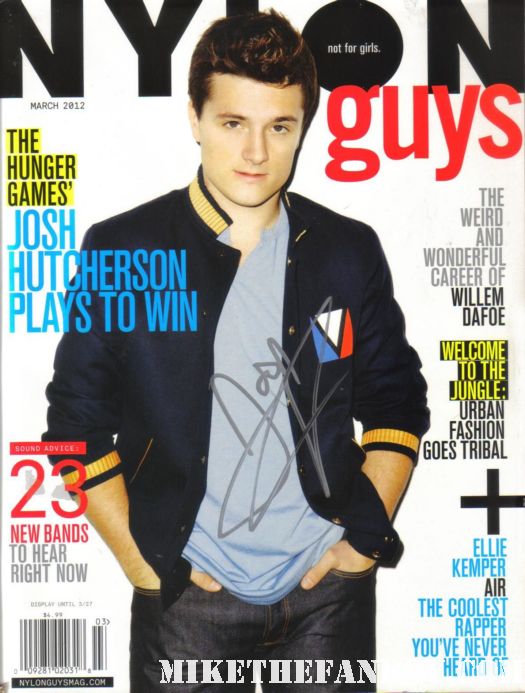 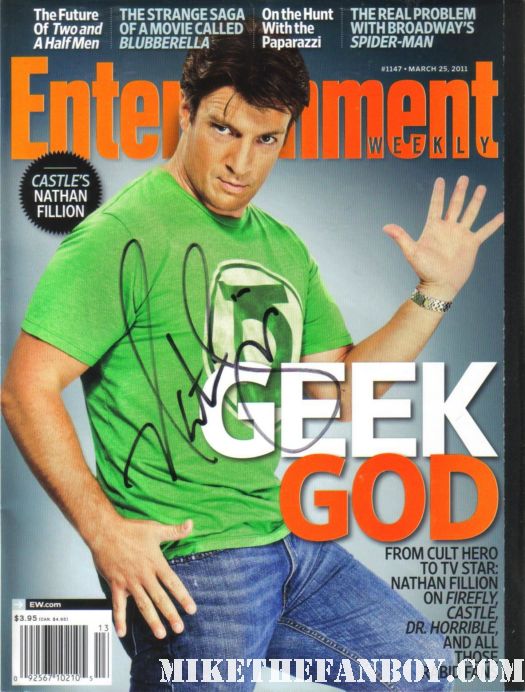