Home / Fanboying! • Q and A / Barb Hendrickson! I Finally Get To Meet Jeanne Tripplehorn! And She Was Super Sweet! Autographs! And More!

As a lot of you know, I love the television series Big Love. It’s one of my favorite series and I’ve been so lucky to pretty much meet the entire cast… Except Jeanne Tripplehorn. I love her and Barb Hendrickson was my favorite character on the series.

The movie that Jeanne Tripplehorn was doing the q and a for was called Morning. It’s clearly a small indie film and I was going to see it, but we were running late, so it didn’t happen.

Scotty and I were hanging out and he was clearly getting a little r and r. LOL… 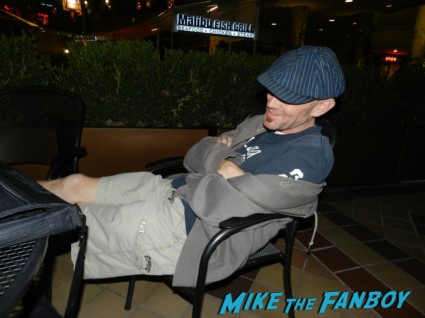 It was actually a really beautiful night. We headed up to the theater and there were only two other collectors there. So, it should be an easy night.

We waited and waited and waited. The movie finally ended and I swear every hipster in a five mile radius was in the theater and are now pouring out. We just heard someone say, “I was so surprised, that movie was thoroughly digestible.” Seriously? I think the dudes knit cap was put on his head a bit too tight.

So, we let the hipsters pass so they an get a soy latte and watch Arrested Development on Netflix. Ugh…

Sorry, hipster tangent, had to be done.

It really felt like forever and finally we see Jeanne Tripplehorn leaving. I think I lost my breathe. I was so nervous/excited. To my delight, Jeanne Tripplehorn was a complete sweetheart! She came right over and asked how we all were doing. Scotty goes, “you have no idea how excited this one is, you’re one of his favorites.” Jeanne Tripplehorn said, “Awww that’s so nice!” She signed my Big Love cast poster 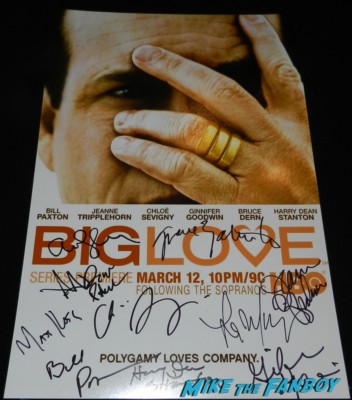 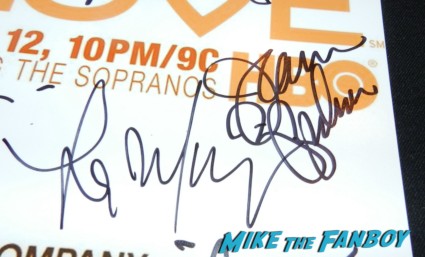 and then was happy to sign my second poster as well. 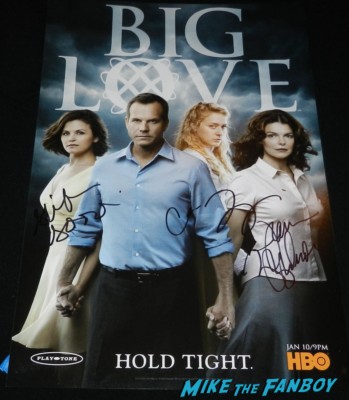 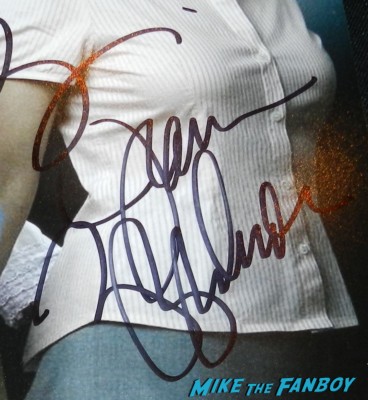 I was delighted! Delighted!

Sometimes the easy low key encounters are the most fun, especially when it’s someone you really like.