Everyone has their favorites and if you missed the theatrical run of I Hope They Serve Beer In Hell, then you should probably check it out. That is if you have an appetite for frat – boys movies.

Honestly, it’s a notch above what you think and is honestly pretty well done, even if the subject matter might not win you points with grandma. It’s a fun movie to invite some friends over, drink a few brews and have a good time!

Which is exactly what Jack is doing!

Everyone has a friend that knows how to push the limits and honestly doesn’t care what people think. Typically they’re considered the most obnoxious and outgoing person in a group, but I always find them to be the most lovable and awesome. I guess that’s why I decided to pick this week’s title, “I Hope They Serve Beer In Hell.” 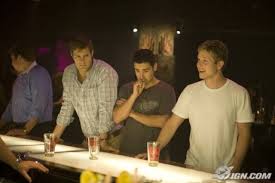 This week is my first “true adaptation” post for MTF and by that I mean, a film that was made from an immensely popular book. In this case, one of the most offensive and absurdly awesome books ever written. For those unfamiliar with the book, it’s based of the NY Times #1 bestseller written by Tucker Max, who has ruled the “fratire” (Fraternity satire) literary genre for the past decade. His wildly, offensive antics have made him the poster child for obnoxious behavior and one of my personal heroes. He’s an asshole and doesn’t care what anyone thinks, if it leaves him in a sticky situation. 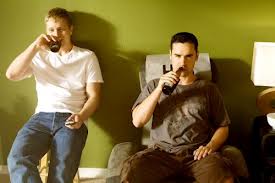 “I Hope They Serve Beer In Hell” follows one of Tucker’s wild adventures visiting a strip club with his best friends Dan and Drew. The film opens up with Tucker having sex with a woman, but is interrupted by police because a “call was made about a possible rape happening next door.” As it turns out, he was having sex with a deaf girl, who was “moaning” very loudly. Clearly, Tucker has a high moral compass. 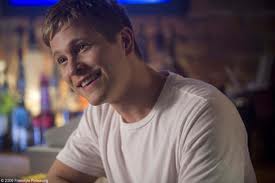 Tucker’s antics don’t stop there as he continues interrupting one of his professors’ lectures and becomes fascinated when the discussion turns to strip clubs. Realizing a great opportunity for Dan’s bachelor party, Tucker plans an epic adventure for the trio that none of them forget. 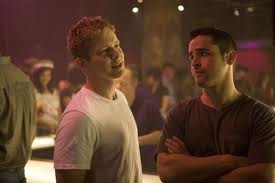 Honestly, this is one of those films for people who enjoy any of the following: 1) raunchy comedies, 2) offensive comedies, 3) ridiculous situations, 4) shadenfraude, 5) hilarious characters and/or 6) Really raunchy material. Tucker Max is not for everyone, but this is one of my favorite films in the past five years. 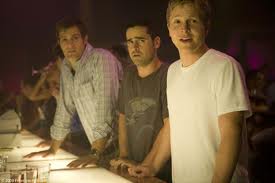 One of the stars of the film is Jesse Bradford and I’ve been extremely fortunate to meet him a half dozen times. As a matter of fact I think he’s dating someone in my friend’s apartment complex, but I digress. Not only was Jesse super cool, but he actually cracked up when I showed him my DVD.  If you don’t have a problem with foul language and raunchy material I strongly suggest you check it! 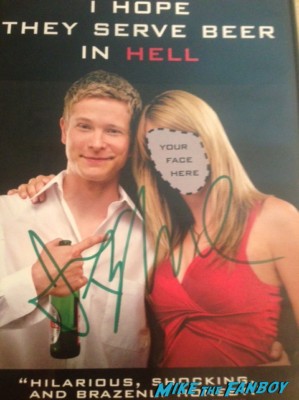