Home / Fanboying! / Meeting Gandalf In The Flesh! Ian McKellen! Finally Getting To See The Lord Of The Rings Star! Autographs! and More!

There are some people that you’re just dying to meet. I’ve tried and tried to get Ian McKellen. I mean, he has plagued me! I’ve done q and a’s, events, premiere’s and yet nadda. So many fanboy fails, probably too many to list to be honest.

So, when I heard that Ian McKellen was doing yet another q and a… I didn’t wanna go. I bitched the entire time and there was probably some complaining as well. Still, I trundled on.

When Ian McKellen arrived the 10-12 people waiting in an orderly fashion just were not going to cut it. Ian finally signed one. And that was it.

Sigh… Should we wait? I figured we might as well. There were only a handful of people left.

When Ian left the security thought they were protecting Jesus and even though Ian signed a couple they were just over the top insane. The people who work at this theater think they are just God’s gift to cinema. Reality check, it’s just a q and a people.

Ian got in the car and it drove off.

So… Needless to say Scotty and I were kind of pissed. So pissed in fact that we were coming up with different scenarios in our minds. For some reason, I told Scotty, let’s do a quick lap. When we passed the theater we saw Ian McKellen’s car pull up in front of the theater and got out! WTF! 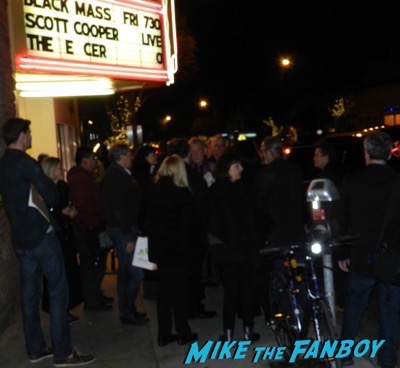 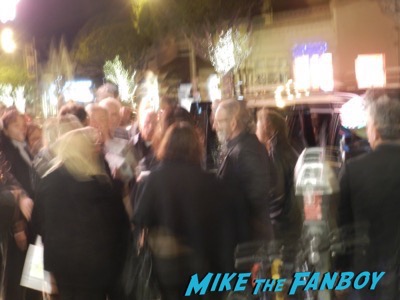 My impulse got the best of me and I bolted out of the car and ran across the street. I should have checked for traffic in hindsight. Scotty was right behind me, and since we were on the opposite side as everyone else waiting, we just stood back and waited. 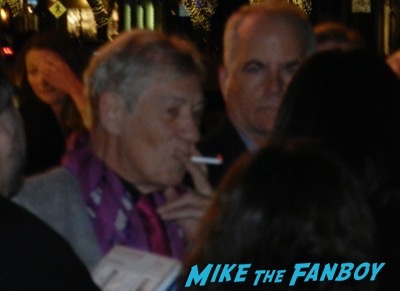 When Ian was done talking, I just asked, “Sir Ian, would you mind signing really quick.” He came on over and signed one for Scotty and one for me.

BAM! After what seemed like 100 times of trying, I finally got him to sign my Lord of the Rings poster. Dying now. 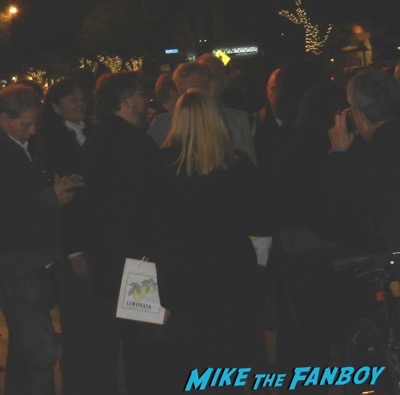 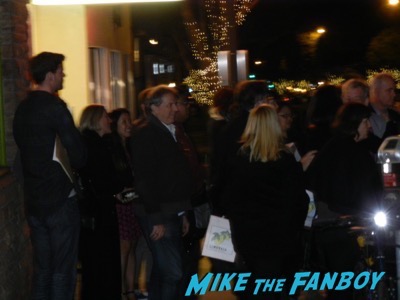 I was more than excited! 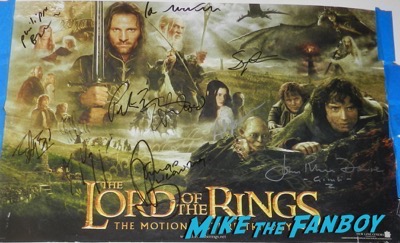 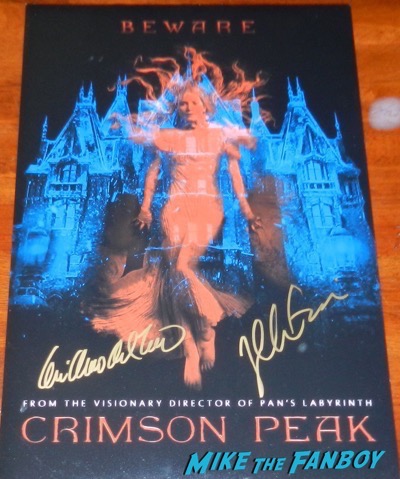 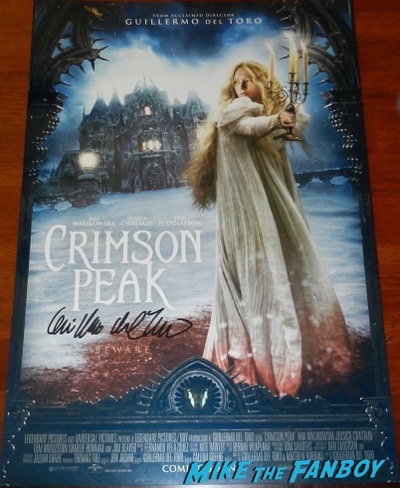