Home / JM / I’m Not Here Q and A! JM Checks Out The Indie Film and Meets Whiplash Star J.K. Simmons! Autographs! And More!

Meeting Academy Award winners has always been an awesome experience. No matter how brief or fleeting they always seem to be generally appreciative and for the most part fan friendly-at least in my experiences over the past decade. Needless to say I was excited to see J.K. Simmons was doing a Q&A in Santa Monica and could hardly wait. 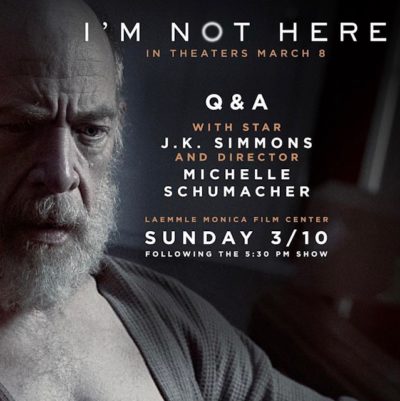 Unlike most Q&As, tickets did not go on sale for almost two weeks despite announcing his appearance with his wife & filmmaker Michelle Schumacher for “I’m Not Here.” As it turns out, tickets weren’t going to be available until the week of the event. Since I’ve never been at this venue I was a tad reluctant and thought why not go even if the movie seemed somewhat interesting. The last time I saw J.K. Simmons was when he did a Q&A with Mark Wahlberg and Peter Berg for “Patriot’s Day,” so needless to say the opportunity was overshadowed. Still, J.K. has an amazing resume.

Not only has he been the voice of the yellow M&M since 1996, but also he is the face for Farmers insurance and does countless voiceovers without you realizing it. When you have a chance, just take a look at IMDB and examine his credits. The theater had very comfortable seats, but the first two rows looked extremely uncomfortable with them practically being on top of the screen. I never understand why certain chains or specialty theaters have seats so close to each other as there is no way it’s even remotely comfortable to enjoy a movie in a sold out theater. Sadly, not even J.K. Simmons could sell out an afternoon screening of his indie film.

“I’m Not Here” is told in a nonlinear fashion and features Sebastian Stan, Maika Monroe, Mandy Moore, Max Greenfield and Iain Armitage telling the main character’s backstory in three different decades. J.K. Simmons simply shines in a carefully crafted character study with his interpretation of the main character Steve. However beyond the cool cast, the film fumbles without enough substance as the film features how we address regret with maturity. For those interested in checking it out, J.K. literally DOES NOT SAY A WORD IN THE ENTIRE MOVIE. His performance is a wonderful case study of how to act by demonstrating emotions with your body and face. 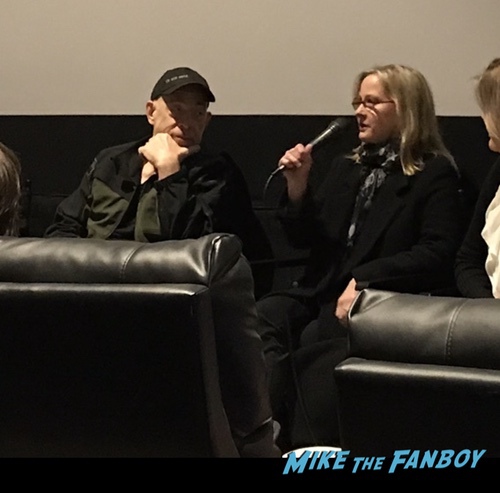 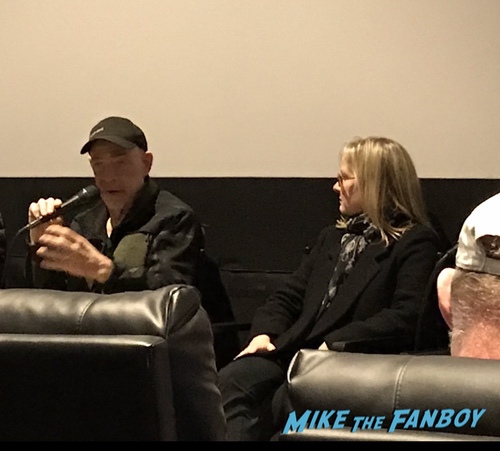 Throughout the Q&A J.K. was very humble and even his wife Michelle reiterated that several times. One of the funniest moments was when he joked, “I didn’t get this movie because I was sleeping with the director.” 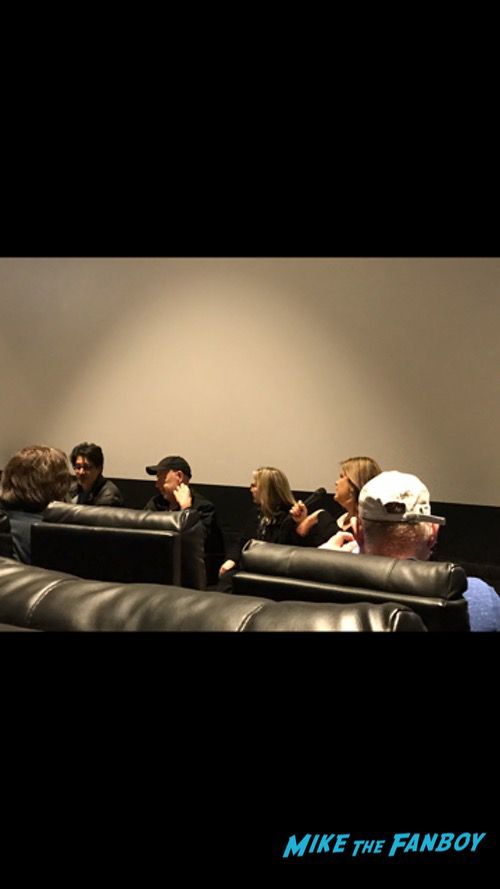 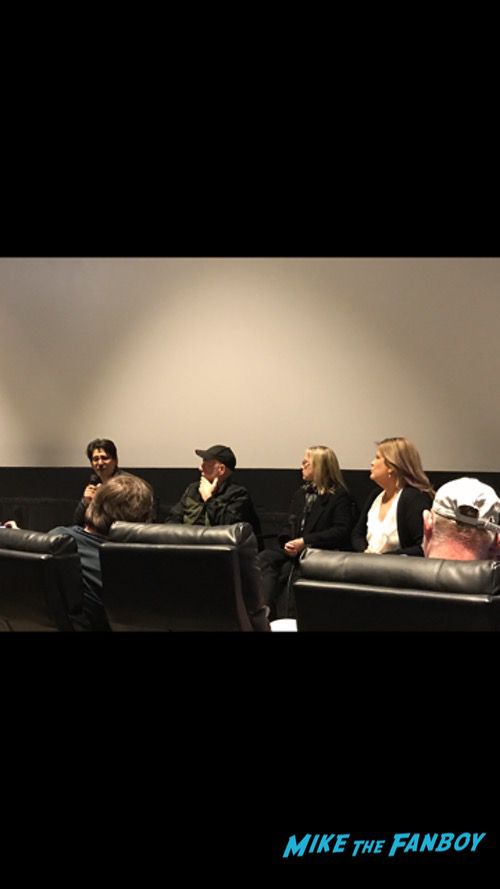 Afterwards the entire first row was filled with collectors and they managed to get autographs. J.K. started to move fairly quickly and you could see the weird assortment of memorabilia being signed including a “Zootopia” photo. I managed to get J.K. to sign a Blu-ray of “Whiplash” when he was leaving, but unfortunately he did sign partially over Damien Chazelle, which I didn’t realize until I put it away. Teaches me to avoid getting cast pieces when half the item is dark. Despite that it was a fun afternoon and a nice way to spend a Sunday before heading off to a concert. 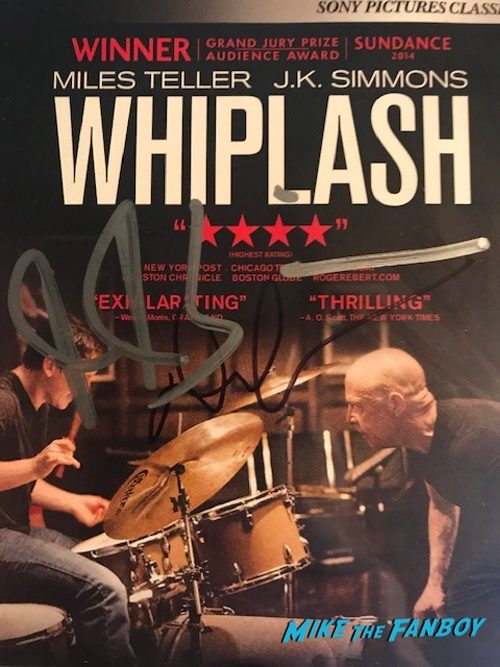