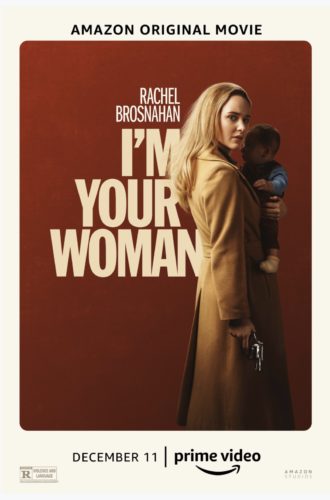 Rachel Brosnahan has lived up to her marvelous title after three terrific seasons of “The Marvelous Mrs. Maisel” and is looking to breakthrough with film. “I’m Your Woman” is understandably a strong showcase for one of the most highly sought-out performers right now, but can Brosnahan carry a movie by herself? “Mrs. Maisel” misses the mark in this tacky throwback thriller set in the 1970s.

Set in the suburbs of Pittsburgh during the 1970s, Jean’s (Rachel Brosnahan) life is turned upside down when her husband’s underworld dealings disrupt her doldrum lifestyle. Coasting through life, Jean struggles to awake as her husband Eddie (Bill Heck), disappears one morning and an “associate,” Cal (Arinze Kene), whisks her away and is told to stay low. Jean doesn’t question anything knowing very well Eddie is a shady crook, but why does she lack curiosity while being a woman on the run? 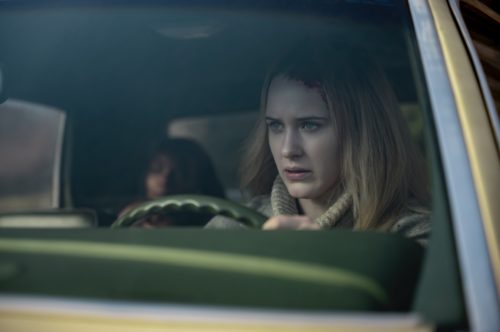 Writer/Director Julia Hart has created a crime drama dedicated to overwhelming pass The Bechdel Test, a test measuring the representation of women in fiction and contains at least two women talking to each other without discussing a man. Hart has setup an intriguing “innocent” perspective from “the other side of crime families,” albeit from naïve ones, the spouses, and women mostly impacted by their criminal husbands, especially killers. Jean’s husband Eddie is a shady character, but we don’t see or hear that action. It’s left to the viewer’s imagination. Instead, we see the lack of curiosity and ambition from his wife Jean, who is aimlessly going through life. It’s a stylized 70s thriller, missing the… er “thrills.”

Once again, Rachel Brosnahan has created a spectacularly convincing character, but the rest of the movie meanders around without warranting a serious watch. Jean’s “sleepwalking “ persona and inability to wake up to reality is fascinating to watch in “I’m Your Woman.” However, none of the other characters captivate you or maintain enough action actually worthy of your time, especially considering the 120 minutes runtime. Brosnahan beautifully depicts depression and a nuanced nativity that as a viewer you can’t keep your eyes off her performance. In a sense it feels like a combination of a feminist Elmore Leonard adaptation and a 1970s slow burn drama that would’ve featured Julie Christie, Gena Rowlands or Jill Clayburgh. It’s an entertaining empowering role, but for TWO HOURS this is one of the slowest films I’ve seen this year and I watched… “Sátántangó” (7 hours and 30 minutes) and “Fanny and Alexander” (3 hours and 8 minutes) respectively in one sitting each! 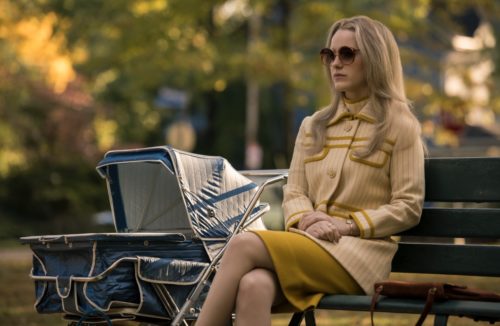 In all seriousness, unless you’re a gigantic fan of Rachel Brosnahan, love slow burning movies, feminist focusing films AND don’t mind a minimalistic movie, “I’m Your Woman” is not for you. The film stumbles around too damn long with wasted times and makes you question, “Who is supposed to be the main character?” The film attempts to make a female buddy movie and certainly felt like in the same vein as last year’s “The Kitchen,” but much in the same way struggles with its own identity. Although well intentioned, don’t be surprised if you keep asking yourself, “What’s the point?” throughout the tedious two hours to finish this film.