I had another wonderful time at Wondercon this year. I was lucky enough to sit with the cast and creators of the new ABC comedy “Imaginary Mary”. The show premiered on March 29th, 2017. The series follows Alice when an imaginary being from her childhood, named Mary, reappears when she is now a single public relations executive falling in love with a single father of three children. Mary hopes to guide (or misguide) her. The show mixes live action with a CGI character, Mary, voiced by SNL alum Rachel Dratch. 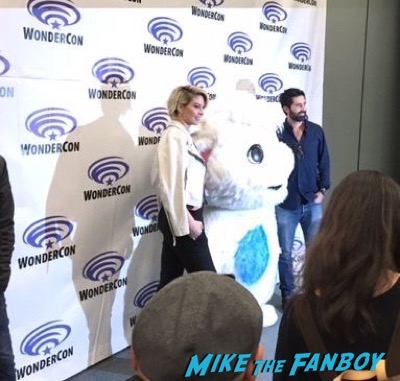 We first had a chance to speak with executive producer Patrick Osborne. He was asked if the Network had an unusual reaction when they pitched the show, as the premise itself is a bit unusual. He said the pitch itself was conceived in one day. There was a definite “weird concept” to the pitch and the network was interested right away, partly due to their existing relationship with executive producer Adam F. Goldberg, creator of the hit comedy “The Goldbergs”. With no real plot or script for the pilot, they relied solely on the concept and artwork for Mary, which wound up looking “completely different” than the final product. The original pitch received “a generally positive attitude and response” and the show was green lit after a first look trailer was created.

Next we spoke with executive producers Doug Robinson and David Guarascio. When asked if either of them had ever had an imaginary friend, David replied that he had a friend who had an imaginary donkey as a friend, until the older brother flushed him down the toilet! “It was very traumatic for him”. It’s the type of thing that “strikes a chord with people” because if people didn’t have their own imaginary friend, they knew someone who did. Doug added that “more importantly we all have that inner voice that helps in those moments of doubt.” Mary is simply a manifestation of that dialog we all have in our heads several times a day, especially as adults. There was no debate with the studio over Mary ever being an actual person versus a CGI character. It all begun, Doug said, when he saw Patrick’s animated short, “Feast” and Doug asked him if he had any animated ideas for television and it was Patrick who always wanted to do a show about an imaginary friend. Given that “genesis” it was never questioned since “Patrick’s entire background is in animation. David added that one of the hardest parts was voicing the part of Mary and “bringing her to life in a whole new way”. That listened to hundreds of auditions from actresses you’d normally have to chase after, “but none of them seems to fit. Doug added that they then stated to listen to auditions blinded, without the name attached and it was the last piece of the puzzle to come together after hearing Rachel (Dratch). 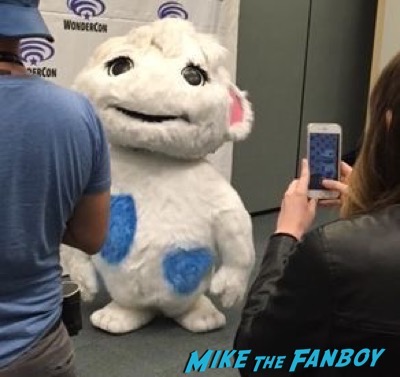 Lastly, we were able to speak with Jenna Elfman and Stephen Schneider. They were asked about the dynamic between them and Stephen recalled how he showed up 15 minutes late to the audition, which was a chemistry read with Jenna as he had already read a few times for the part. “Oh no, I’ve blown this whole relationship,” he recalled, but it went great and Jenna added that she’s loved to see the chemistry read to compare it to their chemistry know filming the show. Three days later they were in Vancouver to film the pilot and Jenna reached out to Stephen and asked if he wanted to go for a walk. Stephen said they had a lovely stroll while getting to know each other, and it was such a “testament to who you (Jenna) are and from that moment that they became friends. Jenna added that Stephen made that walk special as he got food for the homeless from a grocery store. Stephen joked that is was all staged. 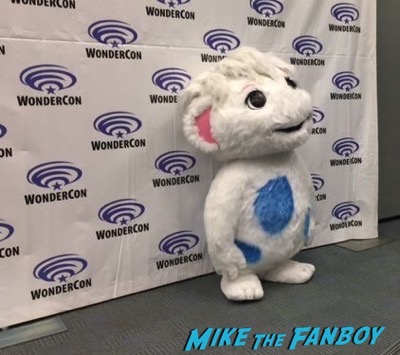 Jenna said as a woman, it’s hard to find a romantic lead who also funny, but that you can truly be romantic with and she’s “grateful” that they cast such a “terrific guy”. Stephen graciously said Jenna has eh much more difficult time in reacting to a CGI character while playing off of a real actor and he just has to pretend he doesn’t see it. Jenna’s job is very technical and difficult. Jenna added that she rehearses with a puppet and puppeteer and like with anyone else that’s where she figures out where she’ll hit her marks, etc. and then they record one take with the puppet for the animators to have a reference point, then the puppet is removed and Jenna works solely off of her memory. Jenna was so thankful to have worked on the movie “Looney Tunes: Back in Action” as it was great training for this role and helped her tremendously. Lastly, they spoke about what comes next for their characters. Jenna said “as Alice evolves as a woman in this relationship, learning how to integrate into a family, Mary evolves because she’s part of Alice’s mind.” She also said the season finale is “incredible”. 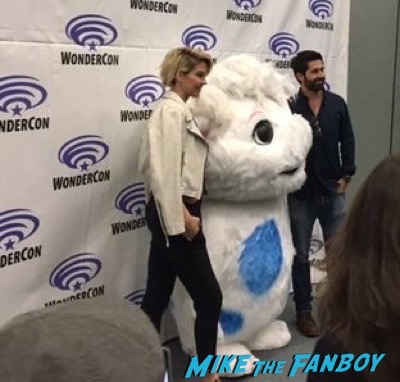 Don’t miss “Imaginary Mary” on ABC and catch up previous episodes On Demand or Hulu.