The civil rights movement has always fascinated me. Even when I was young, I always thought it was such an interesting time in our countries history, one that God willing we will never have to repeat. The films of that era are extremely interesting to watch for a modern audience and are very much a product of their time.

One such film, is the classic In The Heat Of The Night now out on blu-ray. The film itself is a powerful character study, but the impact it had on audiences of the day can never be disputed. It was released during the “heat” of civil rights and gave equality a leg up. Judging it’s merits now, an audience that didn’t live through the events depicted in the film probably never full appreciate it’s cultural impact. 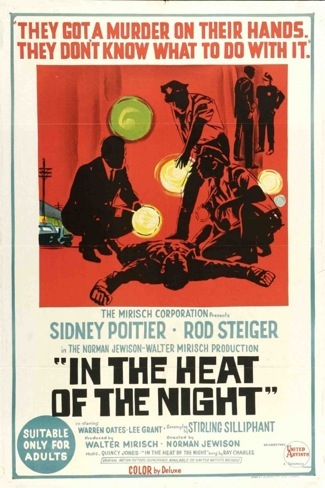 The plot itself is a pretty basic one. A body is discovered, that body belonged to Mr. Colbert a rich industrialist from Chicago who was going to build a factory and save the small town of Sparta, Mississippi. When Virgil Tibbs (Sidney Poitier) is seen waiting for a train by Deputy Wood (Warren Oates) he becomes a likely suspect because he’s African-American and has a nice chuck of cash in his wallet. 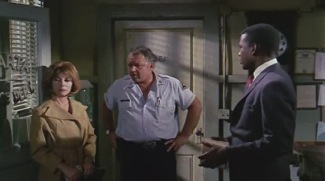 After first being questioned by Chief Gillespie (Rod Steiger), it’s revealed that Virgil is a homicide detective from Philly. He’s given orders to help Chief Gillespie with whatever he needs to solve the crime. Despite the fact that neither Gillespie or Mr. Tibbs want to work together, it’s clear that Gillespie needs the help. Plus, Mr. Colbert’s widow (Lee Grant) insists that Mr. Tibbs stays and helps out on the case. 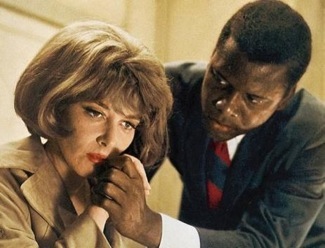 The people of Sparta are not happy that one, this investigator was murdered and that two, an African-American man was poking around in everyone’s business. The town was more than resistant, and the mayor even tells Gillespie to let Tibbs help and then lay the blame at his footsteps when things go south. 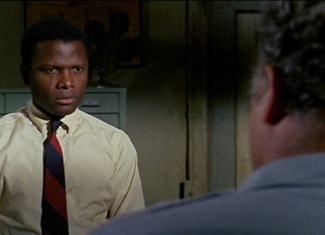 The plot is fairly standard procedural stuff, but honestly, it’s the powerhouse performances of Rod Steiger and Sidney Poitier that drive this film. their onscreen chemistry is electrifying and you can see instantly why audiences were at once taken by the film. Rod Steiger, who won the Academy Award for his performance was amazingly layered in his performance and you can literally see the internal struggle Gillespie is going through. He likes Tibbs, but he can never fully trust him because of his prejudices, but he can’t let Tibbs know, he likes his company. 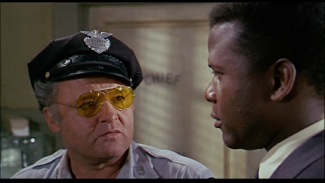 Sidney Poitier is equally powerful as Tibbs. He quite literally just pops off the screen, I can only imagine what audiences 50 years ago thought when they saw this powerful African-American man breaking boundaries like he did. Honestly, the fact that there wasn’t a happy ending for the film and the two leads don’t end up best friends was not only realistic but the fact that they parted ways on civil terms was a radical notion at the time. 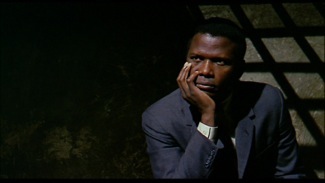 Like a lot of films of the past, the video quality isn’t what it should be. Still the colors are rich and the details are excellent. Total cinefiles may have a few gripes but this is, what I can only assume the best transfer possible. 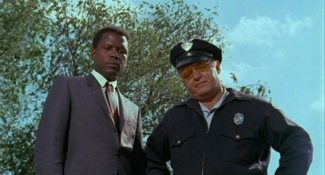 The special features include an interesting Commentary track with actors Lee Grant, Rod Steiger, director Norman Jewison and director of photography Haskell Wexler. It’s not a traditional commentary track, more than anything it’s separate interviews sliced together from each of the actors. Still, it’s worth a listen and especially from Norman Jewison a nice overview of the film. 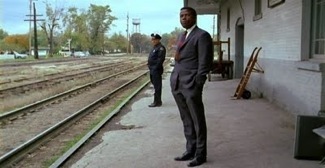 Also included are Turning up the Heat: Movie-Making in the 60’s, The Slap Heard Round the World, Quincy Jones: Breaking New Sound and the original theatrical trailer. 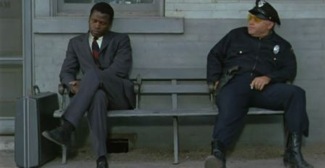 Overall, if you have never experienced seeing In The Heat Of The Night, I highly recommended picking this blu-ray up. It’s a classic, and not only does it hold up, it still resonates. Rod Steiger and Sidney Poitier created two icons of screen and their performances are amazingly powerful.

In The Heat Of The Night is available now on blu-ray! 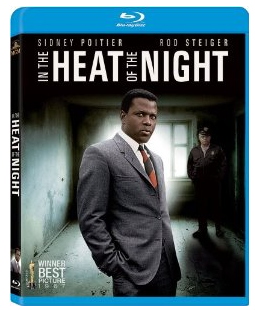