After a get night with Billy Beer and Scotty last night, today was the Inherent Vice premiere. Now, I love me some Reese Witherspoon… Love her. She’s Elle Woods for God sakes. Hello! Pink is her signature color. But here’s the thing, in Legally Blonde she had an orange I-Mac and I think that was a gross omission, because Elle Woods talked about hating orange earlier in the movie.

Okay, I think I had an interior monologue going on, except it was written down for everyone to read…. Hmm

Anyway, Chris headed to the premiere and got some spots. Now, I also really like Josh Brolin and Joaquin Phoenix. I have a bunch of stuff for all of them.

Now, I can go out about how Chris saw Chewbacca and a Spartan fighting on Hollywood Blvd.

I can say that there was one collector trying to steal spots on the barricade.

I can mention the lack of a crowd here, which sort of shocked, me. 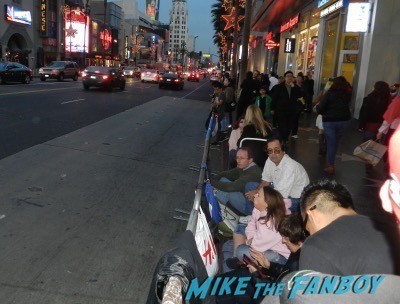 I can mention the awesome burrito I got at Baja Fresh and saying hi to OTG John and OTG Mike.

But really, all you want to know it.. How bad was this? 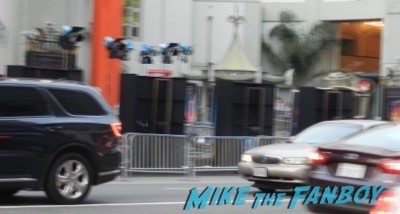 I think, and correct me if I’m wrong… Why is it that when a premiere or any event starts, every bus known to man decides to drive down Hollywood Blvd and park right in front of the drop? I mean why?

Why does a giant bus with no windows that looks like it’s carrying the Michigan Militia have to come by as Joaquin Phoenix decides to drop? Why Lord? Why?

And yet, that’s what happened.

The drops were slow, the traffic was high and the rewards were zilch.

A truck carrying a giant Chrismas tree lingered in the middle of the street for what seemed like a half hour!

Joaquin Phoenix bolted onto the carpet, Josh Brolin arrived a half hour late and didn’t even look over.

When Reese Witherspoon arrived, we all screamed and yelled. She looked over and smiled and waved and then like a light switch was turned off, she turned her back to us and walked on the carpet. Doh! 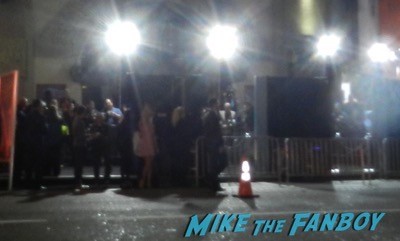 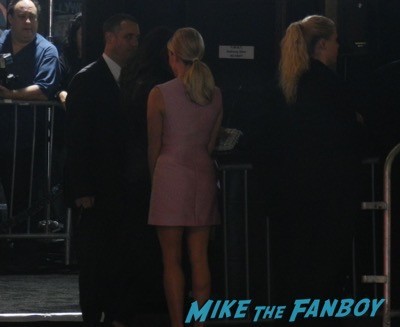 Generally speaking, at events like this Reese is pretty nice, so I was actually a little shocked she didn’t sign. I was more than a little bummed. 🙁

Jean Malone did run over after she was done with the carpet and sign. She was pretty damn adorable I’ll tell you. 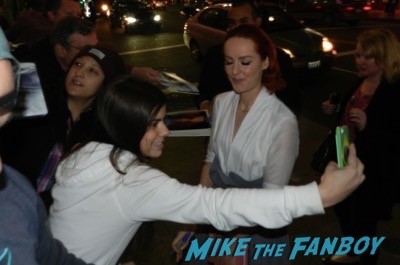 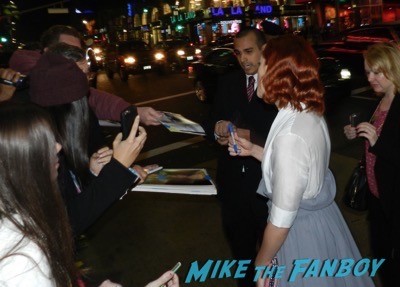 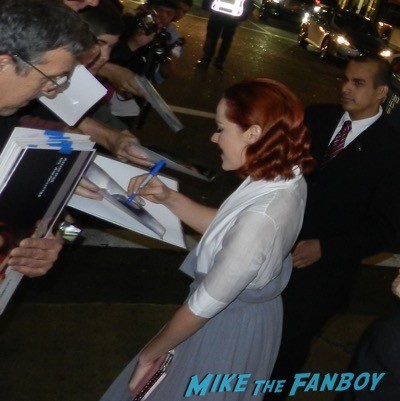 And that, is the capper of the night. 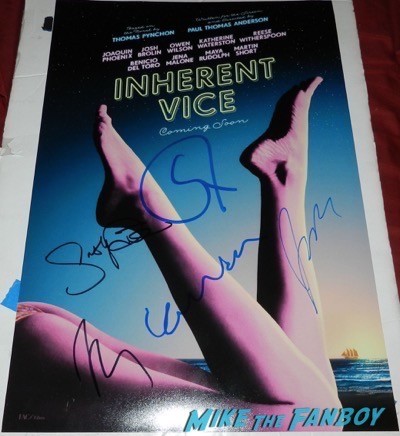