Looking back on yesteryear, it’s hard to imagine another auteur other than Paul Thomas Anderson captivating audiences with a wonderful film adaptation set in the 1970s. Reuniting with his spectacular star from The Master, Academy award nominee Joaquin Phoenix headlines an amazing cast in the faithfully adapted Thomas Pynchon’s Inherent Vice.

Decades ago, life seemed so much simpler in the age before Charles Manson and the Vietnam war changed public opinion. Then a shift swayed the public from a peace and love mindset into a bitter resentment questioning everything. Much like Boogie Nights, PTA assembles another amazing cast of characters in this exciting, entertaining film. 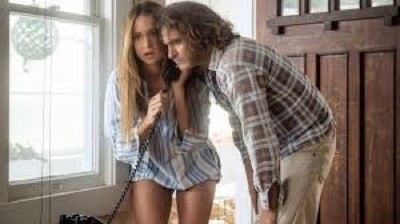 Phoenix stars as pot-smoking private investigator Larry “Doc” Sportello, who spends most of his time lounging around Gordita Beach. One night, Doc’s ex-girlfriend Shasta Fay Hepworth (Katherine Waterston) sneaks into his home and asks Doc to investigate the disappearance of real estate mogul Mickey Wolfmann (Eric Roberts). Still smitten by Shasta, Doc takes the case and secretly hopes to win over his ex once again. Despite his disheveled appearance, Doc runs a fairly well organized private eye business out of a medical office with his secretary/nurse Petunia Leeway (Maya Rudolph). However, it appears Doc spends more time scoring dope than actually solving cases. Most people generally appreciate Doc’s laidback and easy-going attitude except Christian “Bigfoot” Bjornsen (Josh Brolin), who sees the stoner P.I. as a waste of space.

Before Doc can even properly investigate, Shasta mysteriously vanishes as well leaving the Elvis-sideburn sporting P.I. puzzled. However, nothing deters Doc in this Raymond Chandler-esque story as he continues stumbling across an assortment of characters. Whether its fighting an organized crime syndicate (The Golden Fang), doing coke off a dentist’s office, looking for a deceased musician, or acquiring a fascination with maritime law, nothing appears to be what it seems. 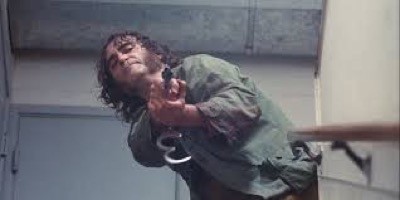 This fluid, fascinating narrative creates an incredible, incoherent stoner mystery anchored by another memorable masterpiece performance by Joaquin Phoenix. Once again, this combo of PTA and Phoenix is the perfect relationship to bring out the best in each other. Their collaborations will definitely go down in history and I hope they continue their successful partnership with many more movies.

Inherent Vice is a wild, whimsical story of one man’s downward spiral, yet discovery of himself. Phoenix delivers the goods once again and demonstrates he’s one of Hollywood’s most underrated, unconventional leading men. Following up his Academy Award nominated performance in The Master and the critically acclaimed Her, Phoenix seems to be on another level ever since his so-called reinvention as a rapper for the grossly underappreciated yet brilliant I’m Still Here. Phoenix’s recent resurgence since his self-imposed retirement doesn’t disappointment with another spellbinding performance. 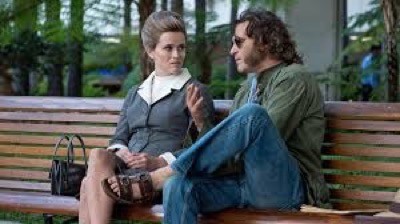 Let the good times roll in Paul Thomas Anderson’s Inherent Vice. Based off Thomas Pynchon’s novel, the film reunites PTA with his spectacular star Joaquin Phoenix delivering another astonishing performance enhanced by an exciting ensemble featuring Owen Wilson, Jena Malone, Benicio Del Toro, Reese Witherspoon, and Martin Short. Generations ago, cinema was defined by an actor’s presence every time he or she came on screen. Like his iconic namesake, Phoenix has resurrected that particular essence every time he comes on screen now.