The 911 American Flag, the patent for the Wright Bros Flying Machine, and JKF’s brain… Yes you read that correctly… JFK’s BRAIN. These are three things you wouldn’t assume had much in common, but in actuality they do. All of these things, they’re lost.

Yep, some of our nations most important artifacts have vanished and H2’s new series Brad Meltzer’s Lost History, needs your help in recovering them. The new 10 episode series premiere’s tomorrow October 31st, at 10PM ET/11PM PT. 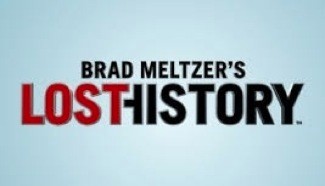 Recently, I had the opportunity to talk with Brad Meltzer about the series, what to expect from the show, and… Let me say it again… JFK’s brain?

“The original version of the show began when I was in the national archives. They pointed out to me that a tracking map from the Bay of Pigs was missing for years. They said, do you know how we found it? JFK’s secretary took it home with her and when she died her family found it in the attic.”

That’s an incredible story just on it’s own, that something so important in our history would be recovered by family members.

“That’s when, I started making the list of all the things that are missing.”

Talking about the series, Lost History, there are 10 episodes and each episode features two pieces of memorabilia that are lost and one that has been found. The remarkable thing is that these items are found, generally by average Americans.

“You see all the ways things are found and they are always found by regular people. The FBI helps and gets called in of course, but it’s someone just keeping their eye open. I think everyone watching the show, gets to see their own power.”

Each episode asks for the publics help in locating these items, and provides a call in number for people to leave tips as well.

“To H2‘s credit, they really said, this is the way to get these things back. There needs to be a call to action, we’re here not just to entertain, but also to get these items back.”

But it’s not just items from American history that are missing, there’s pop culture items as well.

“In the second episode is James Bond’s original Aston Martin. The one used in Goldfinger is missing. There were two of them. One was used for exterior shots and the one that was driven by Sean Connery is missing. We also do James Dean’s Wrecked car. The Easy Rider motorcycles, one of Orson Welles Oscars, etc…” 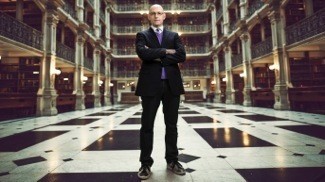 How did H2’s Lost History come to be?

“I think the tone of the show came from my own outrage. I mean, when we started doing it, I went to History and pitched them as, this wasn’t just a TV Show it was a mission. Everyone at first is surprised these things are missing and when you see the number of things missing, shock turns to outrage. You find, James Dean’s car at one point is hanging on a guys wall. It’s just disgusting. History does not belong to rich people who can take it for themselves, it belongs to everyone.” 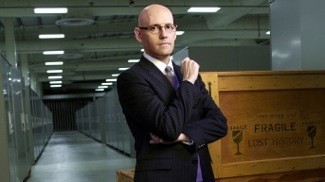 But what, out of all these artifacts that are missing, was the most shocking?

“We go searching for JKF’s brain. Let me say that slowly. JFK’s brain is missing. It sounds like a bad 1950s sci-fi movie. ‘I stole JFK’s brain.’ At one point in time after the assassination, there was someone walking around Washington D.C. with a metal can that had JFK’s brain inside it. And you’d think that with autopsy’s and forensic study and all the things you would want to know about a man that got hit in the head with a bullet, we would have done forensic studies and we never did. It’s one of those moments where, when we were first looking for it and I thought there’s no way this one is true. When you watch it, you’re going to say, ‘there’s no way this is real.’ We have the exact moment that this was gone, and why it was taken. It’s fascinating.”

When it comes to the tip line, what is it that Brad hopes to find?

“I can’t possibly know what we’re going to find, but I know somewhere, somehow we’re going to find something.” Brad says, while adding, “We told America we want to see what’s in your attic. The nice thing is we have one of the former head investigators from the FBI going through the tip line.” 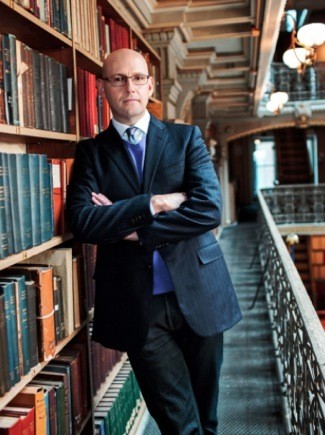 How long does it take for each episode?

“It’s months. We’re doing Hitler’s personal photo album. There are a couple stories I’ve had for years. I pitched this show 2-3 years ago, so that’s how long it’s been in the making. There are some items I knew for sure and then there are others we kind of uncovered. What you see, is that no one knows the story except those that live in that world. It meant weeding through those small worlds.

Having been able to see the first episode of Brad Meltzer’s Lost History, I can guarantee that you won’t be disappointed. You might be shocked, you might get mad, but you will be interested.

Personally, I never felt like History is a bunch of words in dusty old books, and that’s something Brad talked about as well.

“What we do as a culture is say, History is a bunch of dates and facts that you memorize. And history is nothing like that. What history is, is a selection process. And it chooses every single one of us, every single day. And the only question is, do you hear the call. This is my chance to share the greatest stories of all.” 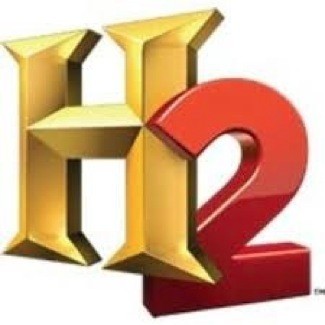