When it comes to a splashy premiere, there are few series that can claim a lead in like The Walking Dead. Into The Badlands, which aired after the sixth season of The Walking Dead was one of the most interesting and unique series on cable TV. It takes a story and flips it on its head with fantastic visuals and a great storytelling sensibility. 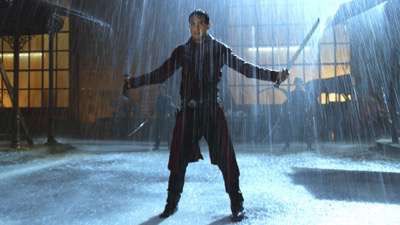 Into the Badlands: The Complete First Season is out now on Blu-ray and if you’re looking for an adventure not of this world, you are in for a treat. Set centuries from now, Into the Badlands revolves around Sunny (Daniel Wu) who is a teacher to M.K. (Aramis Knight) a teenager with unique abilities. Their relationship is at the heart of the show, as they both grow and learn from each other. Both of them make a decision to head outside the Badlands and see what lies beyond the border. 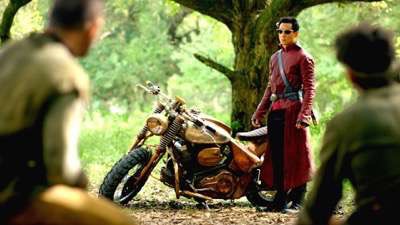 In this future, guns have been banished and has been replaced by swordplay and martial arts. This devise lends itself to the search for enlightenment and self discovery that M.K. and Sunny are on the path to. Each land has been divided into seven rival areas ruled over by Barrons with armies and trained assassins. Sunny is the Regent of Baron Quinn who is the most powerful Barron but there is a rumbling that he is becoming vulnerable. The newest Barron, The Widow (Emily Beecham) and begun testing Barron Quinn. 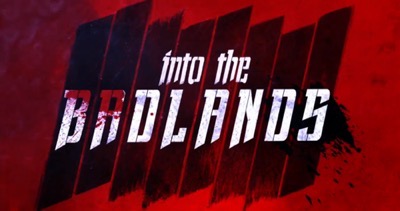 Plot aside, the series moves along at a swift pace and is really an awesome adventure. I wasn’t sure what to expect when I first popped in the Blu-ray, but after seeing it I’m so glad I did. It’s one of the most different shows on the air right now and is worth a second look. I know a lot of people told me that when the series first aired they didn’t tune in because they didn’t know what to make of it. That was an error because the series blends culture and moves at such a swift pace you can’t help but get sucked in. 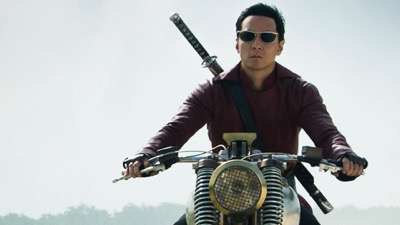 What I feel really sells the series is that while it’s set in a distant future, it feels like it should have been placed in the past. You have a time with no guns, and only swordplay which makes the show have a retro feel but without the tropes we’re all so used to dealing with the past and/or prequels. 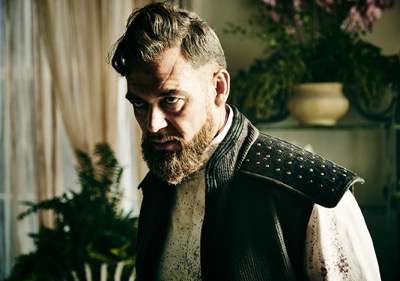 Into the Badlands: The Complete First Season arrives on blu-ray in a fine transfer. The picture quality is superb with crystal clear color and little loss or picture fallout. The colors are vibrant and rich with fine details present throughout. In the darker scenes there is little picture fallout and in the close up scenes the details really sell the emotional core of the story which is important when dealing with such an action heavy serial. 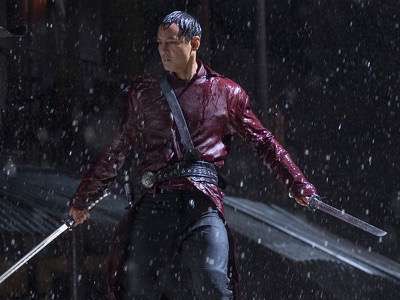 Special features included on this release include:

Inside Into the Badlands

Anatomy of a Fight

Building the World of Into the Badlands

The Characters of Into the Badlands: The Barons

The Characters of Into the Badlands: The Clippers

The Master: Into the Badlands Fight Camp Episode 1

Bringing It All Together: Into the Badlands Fight Camp Episode 3

Into the Badlands Digital Comic

Overall, I really enjoyed Into the Badlands and think it will make a great addition to your viewing schedule. The series is captivating and unlike anything else on television right now. The series is so action heavy but at it’s heart is an emotional story. I recommend giving the series a chance. 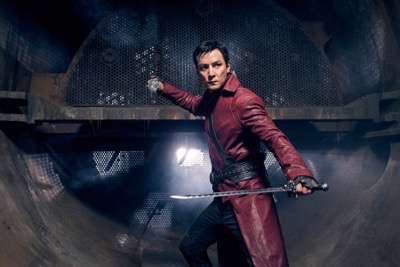 Into the Badlands: The Complete First Season is out now on Blu-ray!