With the news that Forever, the Ioan Gruffudd series was cancelled today, the dedicated fans of the series were very sad. One fan, is Suddenly Susan, who loves the series.

When Ioan Gruffudd was on a talk show to promote the series, he was super nice and happy to greet fans and sign.

It’s no secret I love “Forever” starring Ioan Gruffudd (pronounced Yo-an Griffith) so when I heard he was doing a talk show taping I had to head down.

As Mike posted, Kevin Spacey was not in a signing mood, and yes, he asked the driver to “stop here”, got out of the car 3 feet from us, and walked down the alley with barely a look. Why ask to be dropped right there for no reason, unless you wanted to tease the fans (or been seen by the Paparazzi)?

Ioan actually arrived earlier and smiled and waved on his way inside. It appeared he wanted to come over, but perhaps security told him to wait. Finally, they put up barricades (thank goodness) and Spacey bolted out about 10 minutes later. That was good news for me, as the now 40 plus people dwindled quickly to about 15.

After 45 minutes and close to 7pm, Ioan emerged. 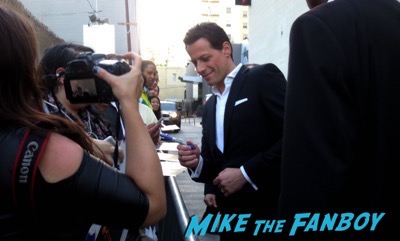 He headed over before we even called his name. He is as handsome and charming in person as he is on-screen. 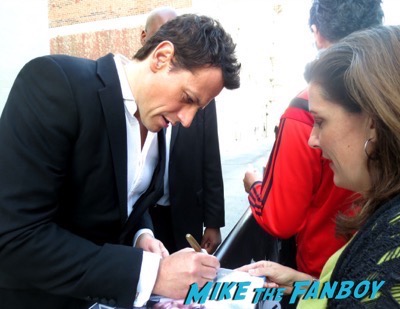 I had him personalize my Forever poster and told him I so hoped it gets renewed. He agreed and said, “Fingers crossed”. I got a quick photo with him and he continued down the line. 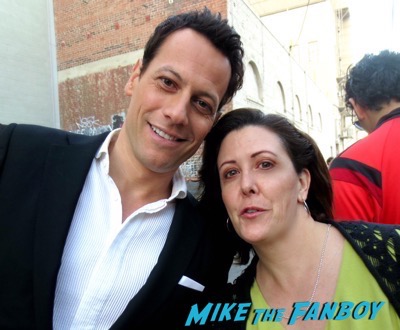 He signed whatever people had and took photos with all, shook hands, and let one lucky fan record him saying hello to her on her iPhone. A super nice guy!! 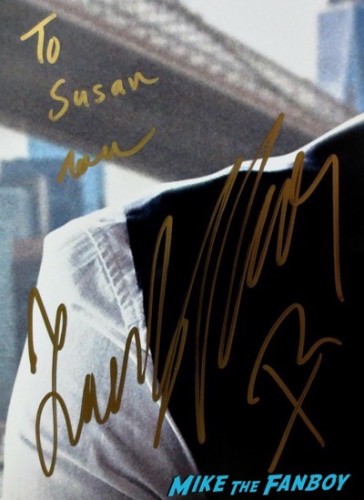 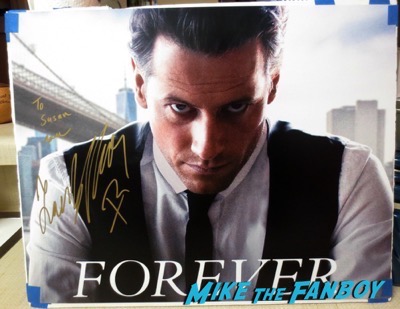