Is beginner’s luck a reality when it comes to gaming (and casino gaming)? 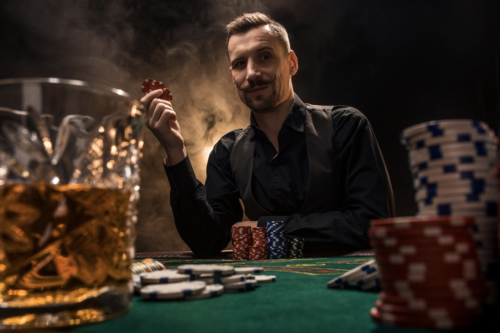 Many of us have experienced the thrill and attention beginner’s luck brings. You sit down to a card game or board game, barely understanding half the rules, and suddenly you feel like Spiderman post-spider bite as you leap from success to success in the game.

However, is beginner’s luck real? Or is it a different phenomenon altogether? We will break down the facts regarding beginner’s luck below and explain how to recapture it once it has dissipated.

What is beginner’s luck?

Beginner’s luck is the perceived phenomenon in which a new player succeeds more than fellow players who are more experienced. There are several online casino tests that players can use to measure their successes. Some have found that a beginner’s luck extends from games like poker, which require considerable skill and ability to slot machine games that require no skill.

The concept of luck itself is somewhat esoteric and bound up in religious connotations, so if you strongly believe in the existence of luck, you will likely continue to believe in it. By its very nature, luck is also impossible to either prove or disprove in any kind of scientific way.

There have been several different suggestions of why we believe beginner’s luck exists. One is that beginner’s luck arises because the player is entirely emotionally disconnected from the game or activity. Their fellow players may have played for years and had ups and downs and felt emotional turmoil, guilt, anger, and stress – on a large or small scale – because of the game or activity. New players, however, can sit down to a game feeling fresh, curious, and relaxed without bringing their emotional baggage with them.

Another suggestion is that confirmation bias leads to players who think they are unlucky – but who happen to succeed at the game – to assume it is because of beginner’s luck. Confirmation bias happens when we really want something to happen and begin only accepting evidence which supports that belief. If a new player sits down to a game and wins three out of five games, they may take that as confirmation of their luck as a novice.

Finally, many new players assume they will fail miserably at a game or activity specifically because they are new. If the player succeeds, even in a small way, they will likely take that as a sign of their own luck because they had assumed they would perform much worse than they did.

Whether or not you believe in beginner’s luck, you can still recreate that feeling of enjoyment and newness. In order to recreate beginner’s luck, you should try to stop overthinking when possible, try new strategies which may seem a bit overly creative, and try to separate yourself from your past experiences in order to clear your head and look for alternative solutions.