It’s Throwback Thurs, and with the New IT movie coming out, I thought… What a great flashback! This was the first chapter’s signing at SDCC!

One of the coolest signings this year at Comic Con was the one for IT. The new Stephen King film, based on his cult classic horror tale. I’ve been on kind of on a Stephen King kick of late, watching Pet Sematary, realizing I don’t want to be buried there, you know the usual.

Billy and I were both lucky enough to pull this one on Thursday and it started SDCC off on a high note, that’s for sure. 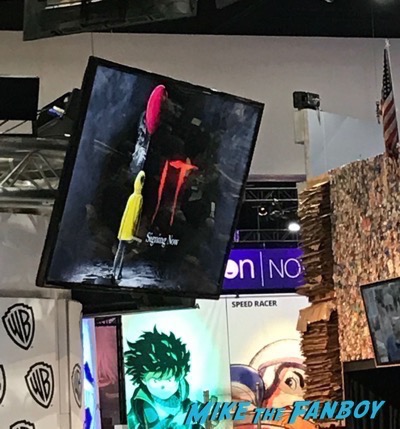 All the kids were at the signing including Finn Wolfhard from Stranger Things. The Director was there as well, which 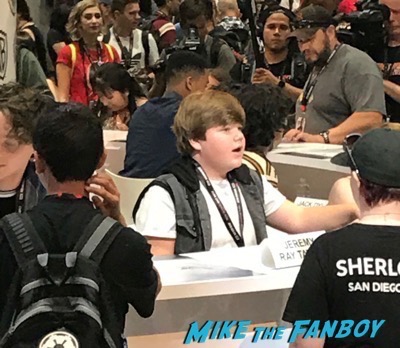 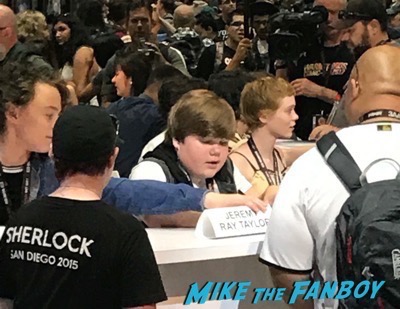 I have to tell you, when you are lucky enough to attend a signing but don’t know most of the young actors there, it can be a little crazy to say the least. What to say?

I ended up just talking about how excited I was to see the movie and the take on the classic horror tale. 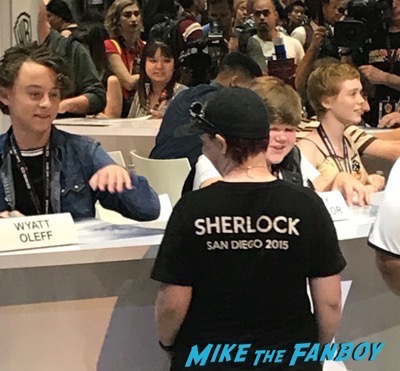 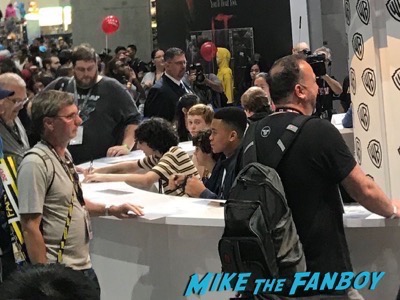 Everyone was very nice, even Finn Wolfhard who has been difficult at best. Five Stranger Things q and a and I still don’t have a complete cast poster signed by the kids.