Man, what a night! Elisa from the Big Apple just sent in this awesome report from the “Night of Too Many Stars” in New York! And let me tell you, she got some great people. Julianne Moore!! Dying for Julianne Moore! She also got Jerry Seinfeld, Tom Hanks… Wait… Tom Hanks?!?! Man oh man, I have to tell you… Elisa amazes me sometimes!

Check out her full recap below because this definitely was a Night of Too Many Stars!

“Night of Too Many Stars” is RIGHT!  Jon Stewart/Comedy Central’s annual telethon for autism was held Sunday Oct. 21st. They pre-taped many of the segments a week prior at the Beacon Theatre in front of a live audience. Sunday night was going to be the actual phone banking and a few live sketches. I’ll admit, I completely forgot about it. I knew it was going to be aired and I love watching it but it totally slipped my mind until Ed Asner tweeted about it. Saw the tweet while I was at work and changed my plans.  Unfortunately, I hadn’t brought my camera or anything other than my autograph notebook with me so I’d have to rely on others, though it worked out in the end.

After work, I rushed to meet my buddy, Dan who got there about ten minutes before me. There were only six others there! We were both so surprised! No one had come in yet we were told. About ten minutes after getting there, Tommy Hilfiger walked in. No one yelled out to him so he just checking in and walked in.

We got lucky and could see who was coming while they were still in there cars so we were all ready each time they drove up and walked to check in. The SNL guys came first, all separately; 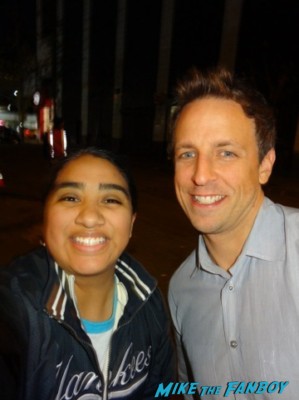 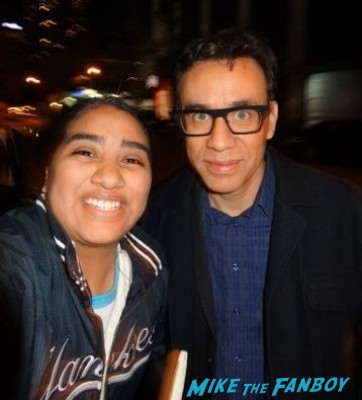 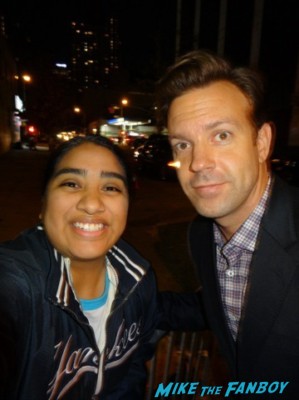 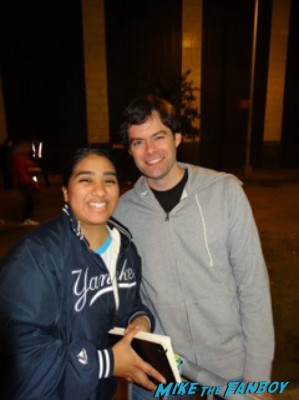 all stopped to sign and take pictures. They all were sooo nice! 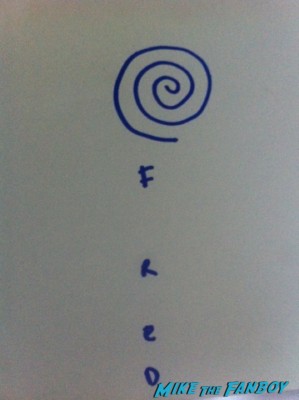 Jason was awesome and personalized the autograph for me. Big fan. 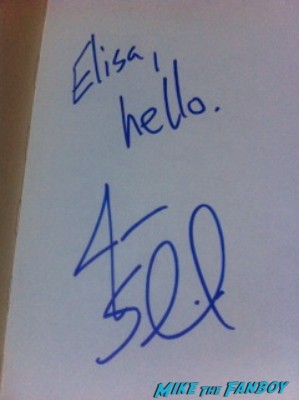 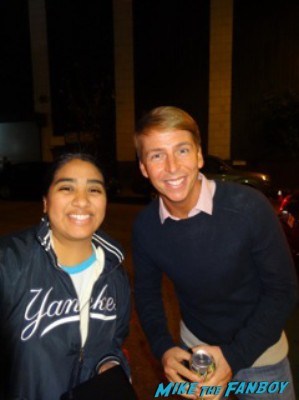 Wendy Williams came at some point, not stopping but posing for us. She was pretty cool but no one I really wanted.

Jerry Seinfeld was next, he came over and signed for us! Never expected him to be so nice (not sure why) but pretty cool to have gotten him. I’ll admit I’m more of a Frasier fan than Seinfeld but after this, maybe I’ll give it another try. He signed so neatly! 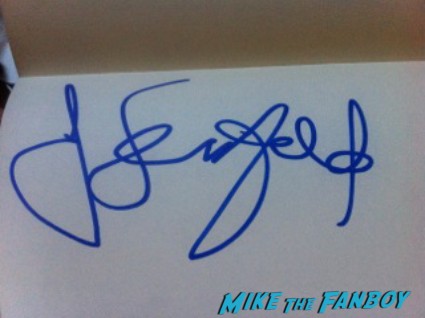 Ed Asner and Paul Rudd came (separately as well). Both just as nice as they are at the stage door for Grace. Generous with their time. I’d already gotten Mr. Asner twice so I didn’t stop him. Mr. Rudd, I had sign my book. 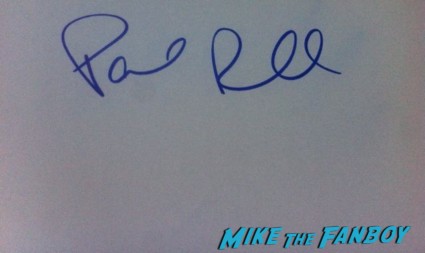 TOM HANKS appeared! Fresh off of his SNL cameo, he was SO nice and stopped and signed. So gracious with his time, chatting with this us! I can’t wait to see him in Lucky Guy on Broadway! 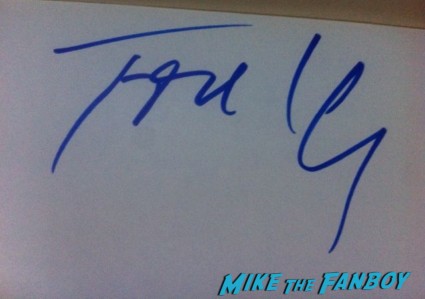 JULIANNE MOORE stopped to take a few photos! By this time, everyone was sort of rushing to get in but even when my friend’s camera was on the fritz she stayed and took pictures with both of us! Too nice! 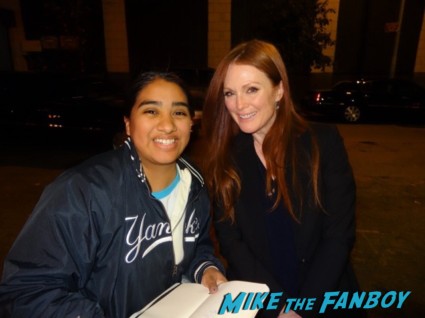 Almost every single person who came in to the event, stopped to at least sign. 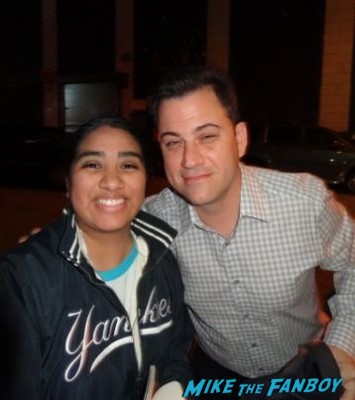 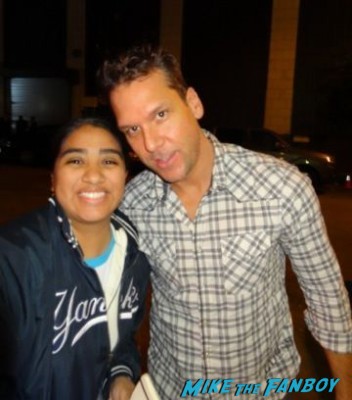 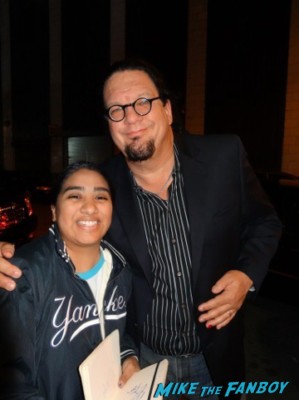 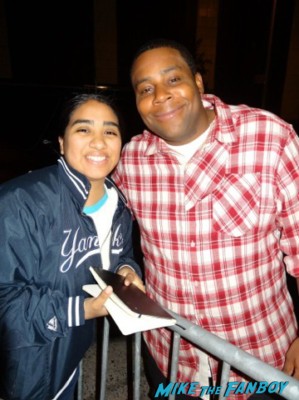 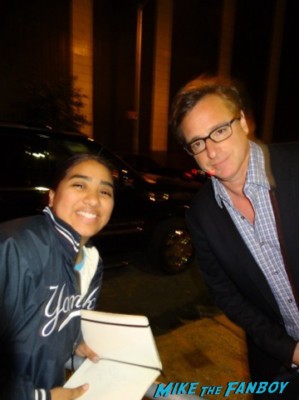 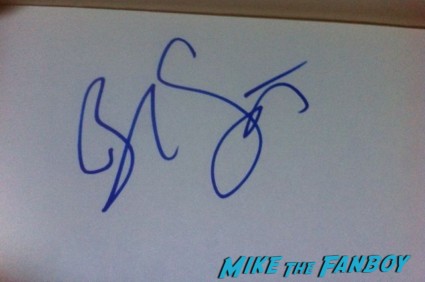 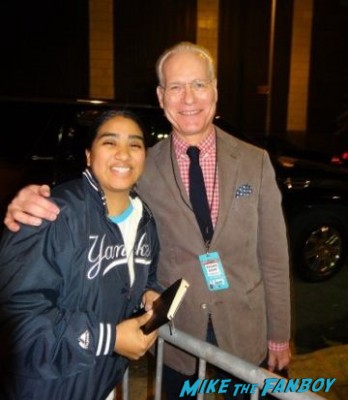 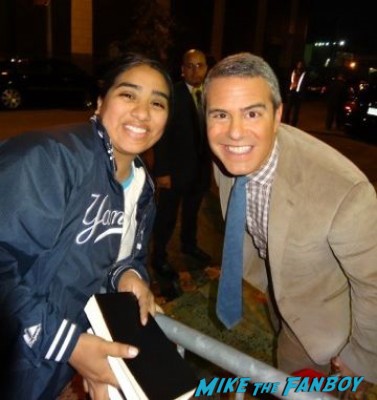 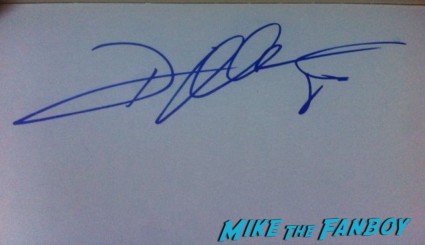 DL Hughley, and even Al Pacino (he did his lovely “A” scribble for a few people)! Allison Williams rushed in but promised she’d sign afterward.

Louis CK was the last one in and was pretty late so he didn’t stop. My friend and I did get him on his way out and one of his handlers said he wasn’t feeling that great and he wanted apologize to us for not stopping longer. Still very excited to get him. 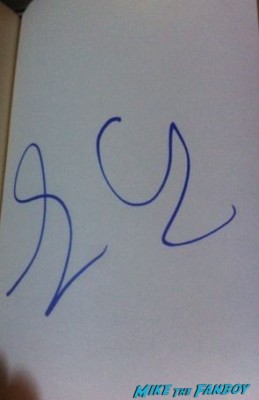 We learned that a few people weren’t going to show up: Matthew Broderick, Tracy Morgan and Anderson Cooper all had to drop out for various reasons. Oh well, I only really wanted Anderson.

The show ended up running an extra 15 mins and by then the breeze off the Hudson was COLD. But we waited patiently, Dan and another girl really wanting Allison and me hoping for Allison as well, plus Wayne Knight, a pic with Bob Saget, and maybe Al Pacino who I missed the first time.

People who’d been at the taping started to gather behind us at this point.  Everyone started coming out at once, managed to get pictures with Meredith Viera (horrible picture of me) who sympathized with me about the Yankees, Bob Saget, Tim Gunn, Andy Cohen and I photo bombed a new friend in her picture with Jerry Seinfeld.

Fred Armisen, Bill Hader and Paul Rudd all came out at once with Allison Williams, who ran to put her stuff in the car and came over to sign and take pictures just like she’d promised! 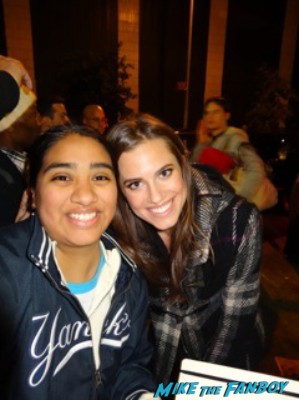 So kind and even signed twice for me since the first time, Fred Armisen grabbed the pen while signing, jokingly. 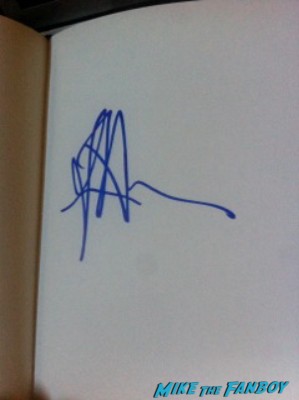 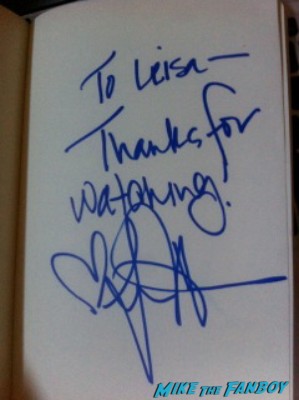 He and the other two guys jumped into a car together but only after he photo bombed my picture with Allison (it came out blurry so I dunno what he did but everyone around us was laughing).  After she left, Dan and another girl had to get to Penn to catch trains so we booked it.

t was a CRAZY awesome night that I’m so glad happened!  So few pros there and everyone was so nice and stopped for us!

In the end the telethon raised $3,718,613 which is INCREDIBLE! Congrats to everyone involved!