Superheroes, Twin Peaks-esque nostalgia series and… Zombies? The CW has made almost an entire network’s schedule off comic book and graphic novel source material. In fact, the genre programming is what makes this network tick. But with all Green Arrows and red capes flickering, there’s one unsung hero that has made some ripples on its schedule. A series, much like Veronica Mars that is building a rabid fanbase that stretches it’s ratings. 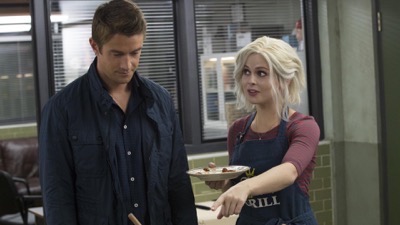 The series I’m talking about of course, is iZombie and The Complete Third Season which has just been released on DVD. The series from Rob Thomas, the man behind Veronica Mars and not Matchbox 20 has done a masterful job at bringing the Zombie world to life.

On the surface iZombie is a police procedural that has a “killer of the week vibe” but when you really watch the series you can tell right away that the characters that inhabit this world are more than the sum of their parts. Olivia (Rose McIver) the zombie of iZombie who has survived by eating the brains of those in the morgue and help solve their murders starts off right after the Max Rager incident in season 2. 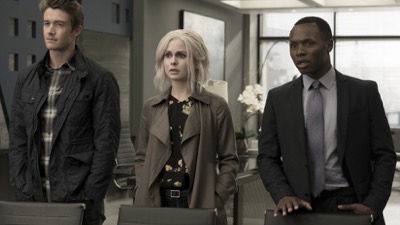 Blaine (David Anders) has amnesia after taking the zombie cure but losing all his memories in the process. Blaine is Olivia’s nemesis and evil to her good, but now he seems to be on the strait and narrow. However, a new villain has emerged a military contractor who seems hell bent on making Seattle the home base for all zombies. Olivia who has been hiding her affliction and slowly coming out of the closet to those around her, still worries about the day that this secret is exposed to the general public. She’s not prepping for a possible war. 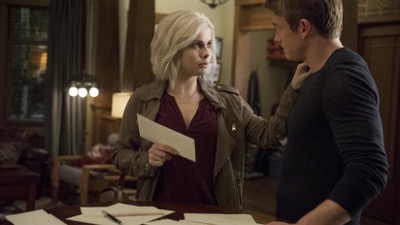 At the same time, Major (Robert Buckley) is trying to deal with his own cure and Clive (Malcolm Goodwin) finds out Olivia’s secret and is dealing with knowing there are zombies and that the civilian he’s been using to help solve his cases, eats brains for lunch. Olivia takes on the personality of whoever she’s been munching on, which actually makes a little more sense for Clive. 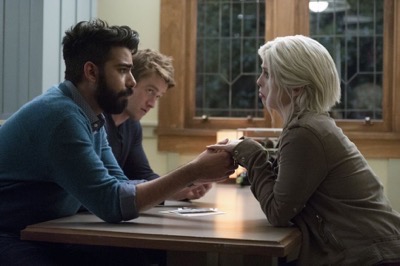 Much like the cult classic Veronica Mars, also created by Rob Thomas, iZombie is very much a cult series. It feels like the dark horse on the CW schedule, not because it doesn’t fit in, but because it flies under the radar most of the time. All the attention gets paid to the flying capes and super fast speedsters and it’s unfortunate because iZombie is a winning series with so much heart. Yet, every time I mention the show to someone, I get a look and say, “Oh yeah, I think I heard of that show.” It just doesn’t get the love that it deserves. 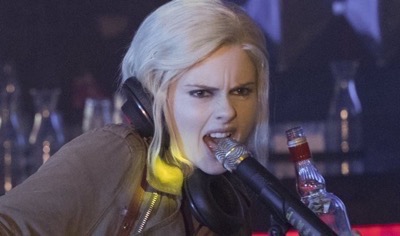 This season in particular has the cast of iZombie really excelling in their roles. They feel so comfortable with each other, the chemistry just flows so well. Rose McIver in particular slips in and out of so many different personalities it’s hilarious and amazing to see. She really has a tough job to do, balancing the dark tones of the series with lighter comedy elements, yet she does so with ease. The writing as well is top notch, you really care about the characters here and can understand their motivations and emotions. I never once felt like character was sacrificed for plot. 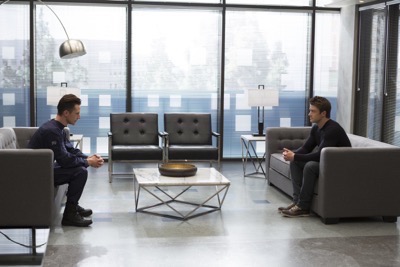 The amazing thing is, that even with so many forms of the Zombie film and series, iZombie is something completely different and new. It’s rare when a CW series, let alone any series can do something like that. iZombie is one of those shows that creeps up on you and after a few episodes you stop and go, wait a minute, I think I love this show!

IZombie: The Complete Third Season is out now on DVD thanks to Warner Bros Home Video. Warner Archive is doing the Blu-ray for fans but the DVD is out at most major retailers. I reviewed the DVD version and while it’s not as crisp as a high definition release, the picture quality is very good. There is little picture fallout in the darker sequences and in the lighter moments there’s a nice picture balance. 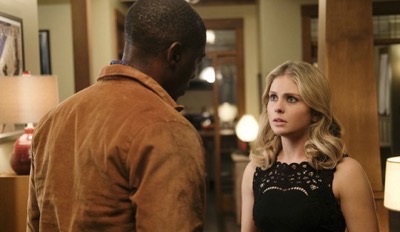 Special features available on this release are the iZombie: 2016 Comic-Con Panel, which is always fun to see without having to wait in line overnight. There is also a very short deleted scenes recap.

Overall, if you have been on the fence about checking iZombie out, I highly suggest giving it a try. It’s a quirky procedural comedy with a lot of heart. There are great one liners, and the cast is top notch. Season three in particular really excelled and the series just seems to be getting better and better. Highly recommended.

IZombie: The Complete Third Season is out now on DVD.