CB just sent in this report for the J. Edgar premiere. Now, I was going to try this, but I know that Leo’s signature at premiere’s isn’t the best. A squiggle to say the least, so I gave it a pass and went to another event. Which if memory serves was the correct choice.

Anyway, CB has never been able to meet Leo so this was a good time to get him. Even though I hate the AFI festival, they do get some really good names to come out… lol… What can you do right?

Check out CB’s report after the jump!

Today I am writing about my experience going to the J. Edgar Premiere. The film is directed by Clint Eastwood and stars Leonardo DiCaprio. Leo’s been in so many great movies, Shutter Island, Inception, Titanic, Blood Diamond, Aviator and two of my personal favorites, Catch Me if you Can and Whats Eating Gilbert Grape. Leo has always been really great at premieres, even when barricades are about to topple over, he still signs for his fans. I was at the Inception premier and it was nuts. Unfortunately, this premiere was to be the opening film for A.F.I, the same company who says they are for fans, yet still try to block fans from seeing anything. This was such a weird day, but Leo is so rarely out, you had to go and off I went.

I arrive and notice that the entire barricade is full. Why you ask? Well, see earlier in the morning the three actors from Twilight got their hand prints cemented and everyone just stuck around. Some people have been here since 5 am and didn’t meet anyone so Leo was choice #2. I find an open spot and just hope I can get him. We see they are still setting up, so we just wait and talk it out. 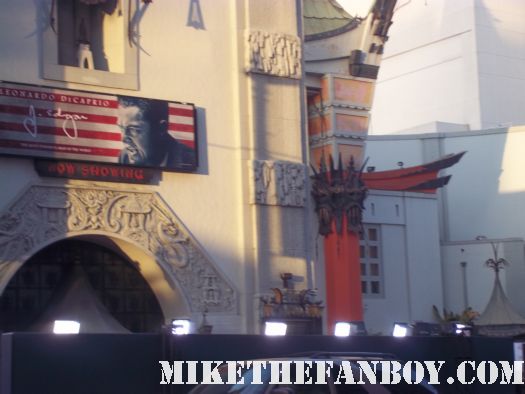 Around 5:30, we notice that they are allowing fans to stand on the sidewalk next to the drop. This royally sucks because earlier we were told no one would be allowed to stand there. Sure enough, when arrivals starts, they go there. Armie Hammer and Naomi Watts both sign in that section and it looks like we are all leaving with a goose egg.

Then finally, Leo arrives in and its craziness. Of course he signs in the section close to the limo drop, but then points to us and he comes over across the street. Since most the dealers went across the street we are left with a rather, for Leo, peaceful environment. 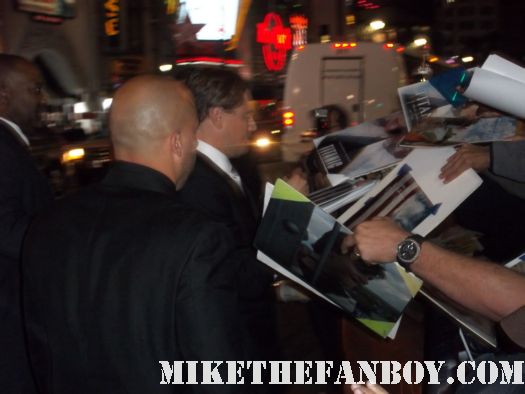 He signs and signs going down the line, then finishes and heads onto the carpet.  Its not the greatest autograph, but at least it isn’t a hump (like Robert Downey Jr.). Until next time, take care everyone. 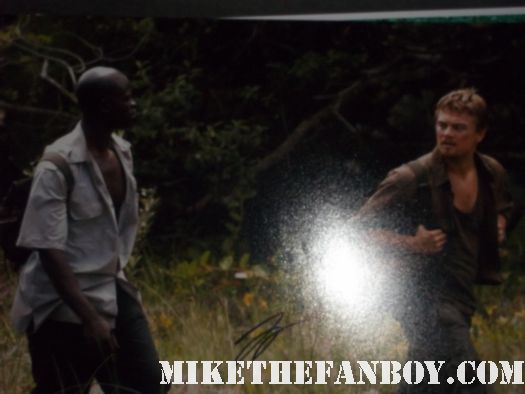