Home / Billy Beer's Barstool • Fanboying! / Jack Johnson At The Greek! Billy Is Sitting Waiting Wishing A While But Meets The Singer! Autographs! And More!

Comedian Billy Beer is back and he has a fun story about meeting crooner Jack Johnson. Billy headed to the Greek theater to see Jack in concert and ended up meeting the singer as well!

So grab your flip flops and check out Billy’s recap below!

Welcome back to Billy Beer’s Bar Stool.  Man, I’m feeling like Scotty the Music Man!  Today we are off to see one of my FAVORITE artists Jack Johnson.  If you ever find yourself in a bad mood, just put one of his albums in, and you will walk away the opposite of Mike the Fanboy meeting Elizabeth Perkins, nice and calm.

I don’t really have any plans on going to the concert even though I would love to.  But tickets were a bit pricey.  Plus, I didn’t want to have to rush out of work to sit in traffic.  So I go home for a bit and then leave hoping to get him when he’s leaving.  Luckily traffic was nonexistent.  By the time I arrived, Jack had just gotten on stage.  A scalper asked if I needed tickets.  I told him the truth.  “I only have $8 cash”  Wouldn’t you know, it was my lucky day!  My seat wasn’t great, but who the heck cares, seeing Jack live is so much fun! 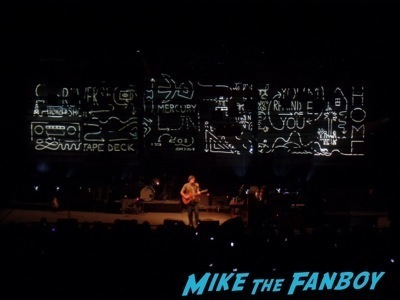 He played all my favorite songs, and threw in a few covers. 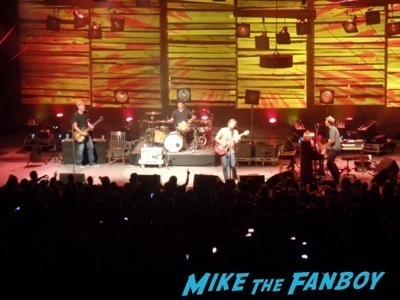 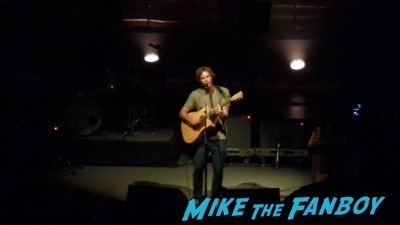 When the show was finished, I hang out in the area Scotty the Music Man had informed me to stand.  After a while, there were only about 5 of us waiting.  They tried to tell us a couple of times that they “think he might have left”  Code Word- “get out of here so my job is easier or I can go home”

Sorry people, not believing you.  It’s like when the artist says good night, but the house lights don’t come on.

Finally after sitting waiting wishing a while, I see one of his band members.  Two of the people stop him and take pictures, so I do the same. 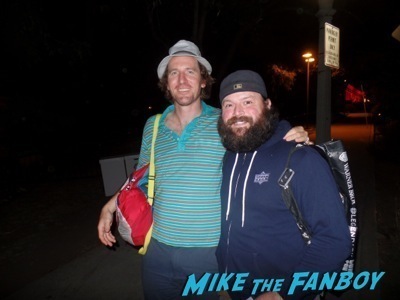 We ask if Jack was still here, and then the HELPFUL security guard over hears us and tells us that he’s pulling out right now!  I see his car and hold up my 16×20 photo of him.  The car stops, and he just jumps out and starts talking with us.  I let the other people go first with their pictures and autographs.  He could not have been any nicer!  He signed anything you had, and took pictures with anyone who wanted one, which included employees.  I got an 11×14 done for a friend, then he signed my 12×18 and 16×20.  Finally I ask him to sign my ticket which he gladly does.  Why not? then I finally got my picture. 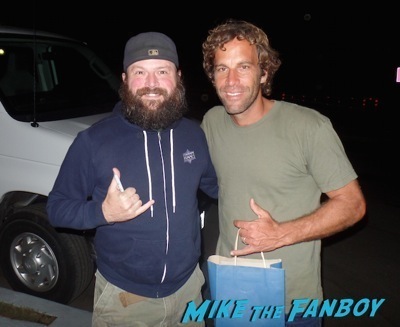 I wasn’t sure if I wanted to come down tonight, but I’m so glad I did!  It’s times like these that I’m actually glad I do this crazy fanboy thing.  Well, I gotta get back to Oceanside, till next time! 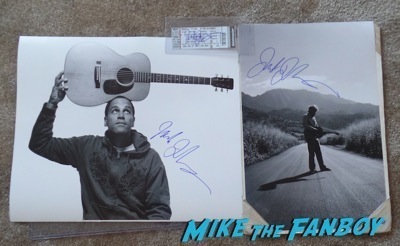