Man oh man… You just never know sometimes when you head out for an event! James just got back from the Jack Ryan UK premiere and who did he get… None other than Keira Knightly! Say wha?

And a photo with her? Double Wha? But it’s true!

Another day, another premiere. This time the UK premiere of Kenneth Branagh‘s Jack Ryan: Shadow Recruit. The film stars Chris Pine, Kevin Costner, Keira Knightley and Kenneth, and is based on the books by Tom Clancy. Keira, Chris & Kenneth were due at the premiere so I headed along. Now Chris is great and I love me some Keira, but the evening would be a disaster if I didn’t come home having met Kenneth. 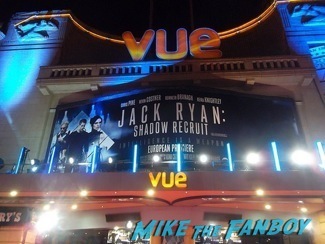 Arrived in Leicester Square and met up with some friends who had a nice spot at the end of the carpet, opposite the cinema entrance. We had a while to wait for arrivals but it seemed to go past pretty quickly, probably helped by the fact that London seemed distinctly warmer than it had done the few days before. We were the wrong end of the carpet to see the drop offs, but it didn’t seem to take long for the first people to get up the carpet.

First to come over was Keira Knightley. Now, I love Keira, but she’s had a right attitude problem in the past, and has been down right horrible to people in the past. Plus when she signs, it tends to be a tick or a line, completely pointless. Admittedly I met her at the Atonement premiere and got KK off her, but I was 15 or so at the time so am sure that had something to do with it. Since then, I’ve heard nothing but bad stories.  I don’t know what happy pills she’s taken, but the star of Pirates, The Duchess, Atonement,Bend it Like Beckham and Love Actually has had a total personality change. She wasn’t just signing, but being friendly about it, and signed my Atonement DVD cover previously signed by James McAvoy. 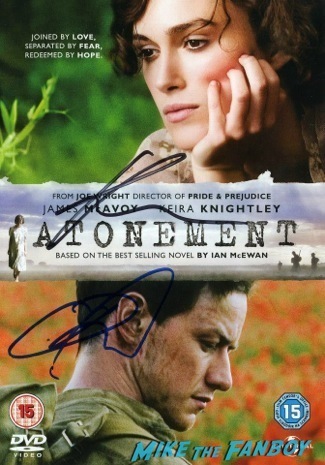 I then asked her to dedicate an index card to me, and she did with what is one of the best signatures I’ve seen from her, well, ever. Not a line, not a K, not even a KK. If I’d not watched her sign it, I’d never have said she’d done it. No idea what’s come over her but I love it! 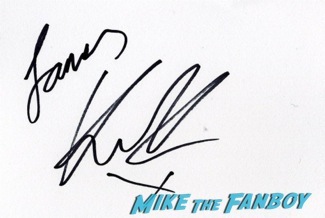 She also posed for a photo with me, which has come out rather nicely. Still in shock! 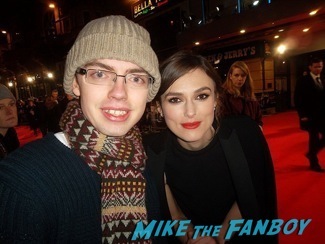 She was followed by This Morning presenter Matt Johnson who signed an index card and posed for a photo with me. 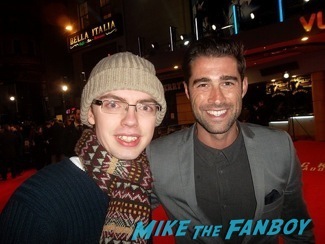 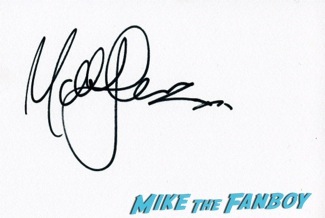 Spotted Olympic medalist Beth Tweddle, and she happily came over and signed an index card and posed for a photo too. I love anything Olympics related, and Beth’s always very friendly. 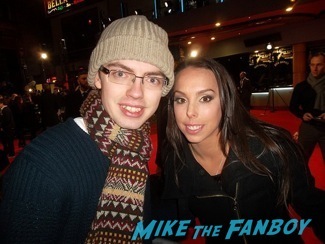 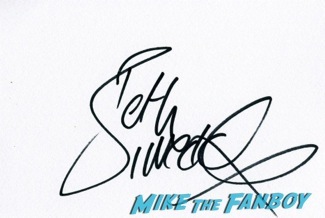 Lenn Kudrjawizki, who plays Constantin in the film came over next, and he too signed an index card and posed for a photo. 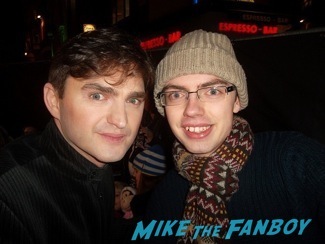 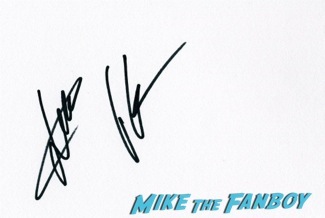 The producer of the Harry Potter films, David Barron (who also produced Jack Ryan) came over next, signed an index card and posed for a photo. I asked him how much this premiere differed from Potter, he just laughed. Still can’t believe I never made it to a Potter premiere, I’d have loved to experience some of that atmosphere. 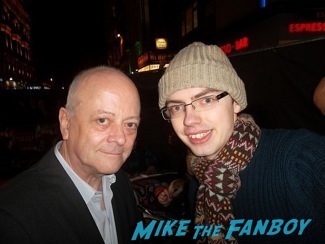 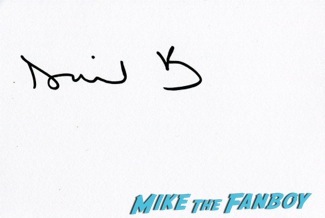 David saw I was holding an Olympic Opening Ceremony programme, and asked if I had it for Kenneth to sign. I told him I was in the cast, and on the “stage” whilst Kenenth was doing his awesome Shakespeare speech. He was rather impressed, and said he’d go and get Kenneth straight over. Sure enough, once he had finished doing an interview nearby, David went and told him, and he came straight on over. Result! He asked what abouts my role was before signing my Opening Ceremony programme. The programme’s too big to fit in my scanner though!
He then switched to gold to sign a photo from the Ceremony, and posed for a photo too. Happy James! Ways to meet your Olympics co-star? Tell the producer of the most successful film franchise in history. You couldn’t make it up! 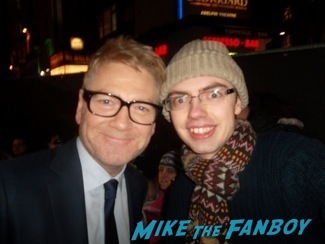 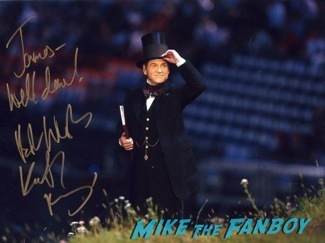 Jack Ryan himself, Chris Pine, followed next. The Star Trek, This Means War, Rise of the Guardians and Just My Luck star was as nice as I’d been told me was, and happily signed an index card for me and posed for a photo. Number four in my Star Trek set after Simon Pegg, Zachary Quinto and Benedict Cumberbatch, wonder who will be next! 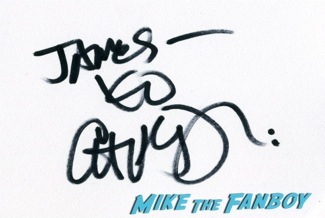 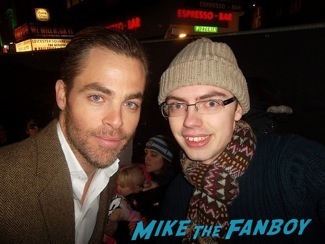 Singer Elyar Fox came over next, and signed an index card and posed for a photo. I wasn’t sure who he was at the time, but some people were going absolutely gaga for him. 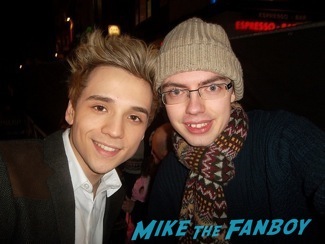 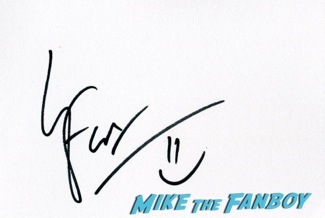 Last but not least was Gemma Chan, who plays in the film, but I know best for her role in Sherlock episode The Blind Banker and Doctor Who episode The Waters of Mars. Another new Doctor Who one for me, think it may be #108 now. She signed an index card and posed for a photo with me. The photo’s horrible though, so won’t be making its way online! 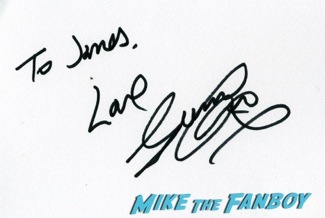 and that was that. A lovely cast (who thought I’d say that!!) who signed for pretty much everyone waiting. Wish all evenings would go like this. My luck’s been pretty good recently, wonder at what point it’ll run out. Well, the BAFTAs is next for me, surely my BAFTA luck can’t continue for a 6th year running?!