There have been so many movies and so much scrutiny over the assassination of John F. Kennedy and the former first lady, Jackie Kennedy, it’s hard to differentiate what is fact vs what is fiction. When it comes to Jackie Kennedy, many times while present in the storyline, she is often in the background. It’s nice then to see her take the forefront in a storyline. 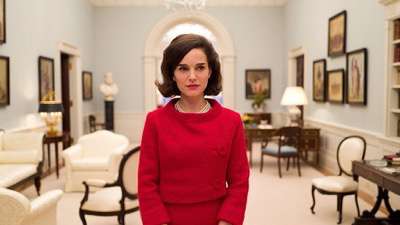 In the new film Jackie, out now on Blu-ray, Natalie Portman plays the first lady in a calculated focused way. Her performance is stunning and is deserving of all the accolades she has received. As a film, Jackie isn’t merely a biopic but a journey that pinpoints specific points in Jackie Kennedy’s life that have infused her as a person and plot out her future.

Theodore H. White (Billy Crudup) arrives in Massachusetts and prepares to interview Jackie Kennedy (Natalie Portman) for an article in Life Magazine. White doesn’t know what kind of woman he’s going to meet, after years of living in the public eye, Jackie Kennedy has become guarded especially around the press. The former first lady agrees to talk about certain moments in her life, with her husband John F. Kennedy (Caspar Phillipson) and the first fews weeks after his assassination and the time where Lyndon B. Johnson (John Carroll Lynch) assumes the presidency. 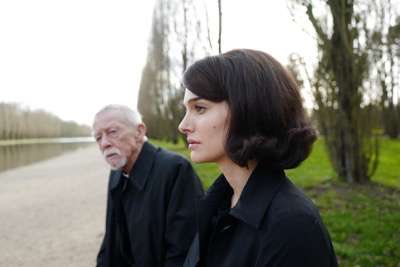 During this time, Jackie talks about her life and the time where her roles changed and what she needed to do for her family and the country as well. It’s a very interesting way of delving into Jackie’s character, using the pivot points in her life. Theodore while interviewing her, isn’t prepared for Jackie’s threats of creative control and continues to try and get her to open up. It’s an interesting cat and mouse game layered into the film. 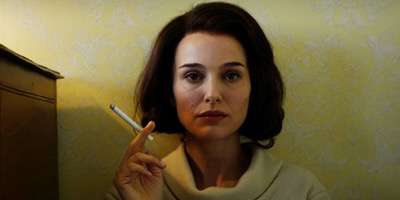 We see the first lady as she is introduced to the country with her flair for style and her steely demeanor in the wake of the assassination and her subtle loss of power as she gets edged out of the limelight. It’s certainly a brilliant way to tell parts of her story and I applaud the fact that Jackie isn’t a straightforward biography. This way is so much more compelling and thought out. 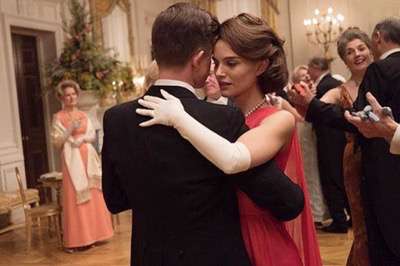 In the title role, Natalie Portman is in a word, flawless. She perfectly inhabits Jackie’s character and as the film rests solely on her portrayal, it’s a very big burden to carry. She gets the right accent, the right look but more importantly she delves into the character to find the woman underneath her public persona.

Jackie arrives on Blu-ray in a fine transfer thanks to 20th Century Fox Home Video. The picture looks stunning and while normally I don’t think a film that’s more of an introspective narrative rather than an action movie needs to be in high definition, here the added details really enhance the performances. In close up, every feature is highlighted and you really see the small nuances Natalie Portman brings to the role. 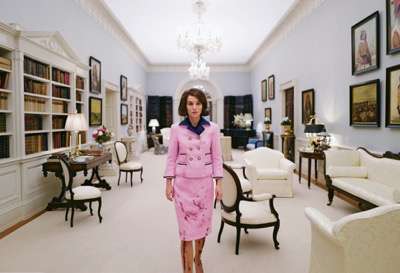 Special features on this release are sadly lacking. The packaging and slipcover are done in a matte finish and the slipcover opens up to reveal a beautiful glossy photo from the film.

There is a picture gallery included as well as a featurette titled from Jackie to Camelot which is worth a look but is a fairly standard EPK style bonus feature. 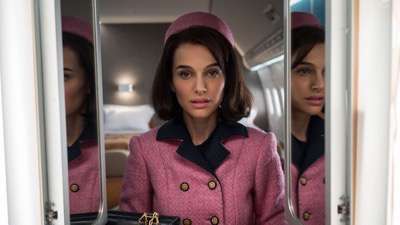 The real prize here is the film itself however, and if you put off seeing Jackie in its original theatrical release, you need to catch up on Blu-ray. The film is a wonderful look into the life and heart of Jackie Kennedy and Natalie Portman knocks it out of the park. I highly recommend checking it out, in fact I think it’s essential viewing.

Jackie is out now on DVD and Blu-ray!